To acknowledge some interesting ad work rolled out for IPL, the following is the second part of a five-day IPL ad series, which will take a look at an impactful ad campaign and why we are ‘clean-bowled’ by it

To acknowledge some of the most interesting body of work rolled out for IPL, the following is the second part of a five-day IPL ad series, started this Monday, which will take a look at an impactful ad campaign and why we are ‘clean-bowled’ by it.

Today, we take a look at Swiggy’s ‘No order too small’ ad campaign. It is cheeky, relatable, speaks volumes without a word exchanged between the characters, and makes you smile when it ends.
Last year, the online food-delivery platform ran a big campaign around IPL – Swiggy Premier League and used print campaigns to reach out to people. As a result, Swiggy saw a 23% increase in new user order and 19% increase in the overall orders during the season. This year is no different as the brand continues to leverage the magnetic stature of the cricketing extravaganza with their ‘Swiggy Match Day Mania’, a 51-day long extravaganza, celebrating the cricket fever apart from a TVC titled ‘No order too small’.

The 20-second spot shows a middle-aged man order just one piece of gulab jamun from Swiggy and pop it in his mouth without his wife getting to know about it. The ad has no dialogue between the characters but with endearing expressions from the actors and running commentary on TV during a cricket match send across the message that the brand cares to deliver even the smallest order to their customers. exchange4media spoke to Srivats TS, VP Marketing, Swiggy on the same.

Srivats revealed the brand’s advertising journey and the learning that helped them to tap into the right consumer insights. ”Traditionally, food ordering has been perceived as an occasional usage category but our learnings, especially from our early adopters and heavy users, shows that consumers are starting to come to us for non-traditional use-cases as well such as breakfast, late-night desserts and more. Our previous campaigns have thus highlighted Swiggy's role as well as the role of online food ordering in various occasions of a consumer's life,” he shared.

He explained that the brand through the TVC wanted to highlight how Swiggy has changed food ordering habits with some of its unique differentiators like No Minimum Order, Lightning Fast Delivery and a variety of restaurants to choose from. Srivats reasoned that this campaign is an attempt to further broad-base their consumers. “Over this time we have also seen strong adoption outside of the traditional millennial consumer segment as well, and we believe that Swiggy can be a part of a consumer's food life-style at any stage. This campaign is also meant to expand the consumer base for online food ordering,” he said.

"We believe that the T20 cricket season is a great opportunity for the food ordering industry to leverage," he added.

The TVC’s storyline is simple and relatable. However, it is the execution with hilarious expressions of the characters and the subtle interweaving of the spirit of cricket that makes it stand out. It drives home the message that the brand is right there to satisfy even the tiniest bit of their consumer’s demands.

The ad is a mix of right consumer insight, targeting done right and brilliant product communication without having too many dialogues or too much drama. In the cluttered IPL ad space, Swiggy's super-nimble approach could be just the thing needed to elevate the brand positioning even further.

You get what you see on 99acres, says property site in its new campaign
22 hours ago 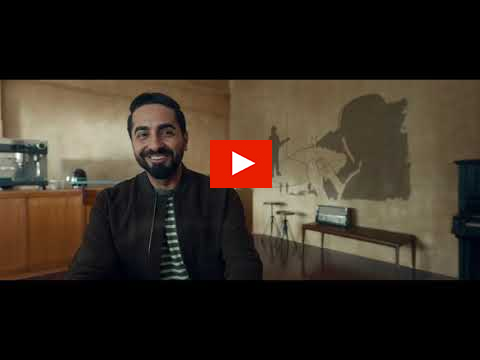 advertising You get what you see on 99acres, says property site in its new campaign
22 hours ago