Cinthol&rsquo;s campaign is its energetic comeback as it re-enters the Indian personal grooming market with new &lsquo;Alive is Awesome&rsquo; positioning

Cinthol, in its latest campaign, introduces consumers to eight new bathing techniques. Being alive gets a whole new meaning with Cinthol’s revamped avatar. ‘Alive is Awesome’ is the refreshingly new philosophy that it propagates.

New positioning, revamped product range
This campaign is Cinthol’s energetic comeback, as it re-enters the Indian personal grooming market with new positioning, revamped product range and an aggressive marketing campaign. The brand has arrived with a range of soaps, shower gels and deos. Its integrated 360-degree initiative is created by Creativeland Asia.

In a published statement, Sunil Kataria, Executive VP, Sales and Marketing, Godrej Consumer Products said, “CLA came up with a brilliant brand thought of ‘Alive is Awesome’ for Cinthol with a series of truly awesome bathing sequences that make you experience life like never before! This was linked beautifully with a lyrical music track that embodies this spirit. The idea of shooting in Iceland along with few breathtaking locations in India was to get this ‘Awesome’ experience. The experience of working on this campaign has been almost like being on an expedition. It’s been an ‘Alive is Awesome’ journey for sure!”

Making the brand synonymous with ‘Adventure Bathing’
The TVC showcases lively, adventurous youngsters who introduce you to eight unconventional bath sequences such as ‘The Polar Plunge’ (a jump in an ice pond in the Arctic), ‘The Cavedive’ (a jump off a 500-foot high cliff into a water body), ‘The Makeshift Shower Bath’ in the desert, ‘The Elephant Spray’ (bath on elephant back while it sprays water with its trunk), etc.

The campaign goes beyond TV and print, moving to the digital platform, social media, branded content and on-ground events.

The peppy tune and lyrics match the lively mood of the film that features youthful outdoorsy people who are driven by sheer joy of living.

Sajan Raj Kurup, Founder and Chairman, Creativeland Asia observed that as a kid he grew up in the broadcast era and had seen Cinthol stand for an invigoratingly cool and alive soap brand. He felt that it’s time Cinthol reclaimed its rightful slot in the experiential era.

“The ‘Alive is Awesome’ bath campaign is an experiential campaign that goes beyond traditional media. It celebrates and recognises a more adventurous, international India and a less inhibited and intimidated Indian. Creating this campaign has been an adventure in itself,” said Kurup.

Talking about the inspirational tone of the campaign, he said that with a brand such as Cinthol that has heritage, it’s important to leverage its reach and stature and create something that can ‘contemporarise’ the thinking, and inspire a whole generation with the ‘Alive is Awesome’ way of life rather than create mere soap ads.

Industry speak
Primarily, it’s the freshness that has struck a chord with the industry.

Deepak Singh, Senior Creative Director, DDB Mudra said that it definitely pulls the brand to the next level, that too, without using any celebrity. “It is full of life and energy. The ad film is nicely shot and I loved the way the music is sung, quite raw which brings the essence of reality,” he added.

“The Cinthol ad is fresh, looks nice and has a happy randomness that’s easy on the eye,” noted Kunal Gill, ECD, TBWA\ Delhi.

The packaging also seems to have struck the right chord. Singh felt the packaging is done beautifully which gives Cinthol a very premium look. He further said that in the last few years CLA is doing some fresh creative brand work, which is nice and inspiring. Gill also commented that the new look and packaging works very well.

However, if there’s anything that strikes a discordant note, is the song which could have been more ‘alive’, according to Gill. The only other nitpick he had with the film was the all-foreigner casting. “It would have been more interesting to find a bunch of fresh Indian faces rather than aim for this fake aspirational international feel,” he further said. But it does straightaway connect to an invigorating bathing experience, he concluded. 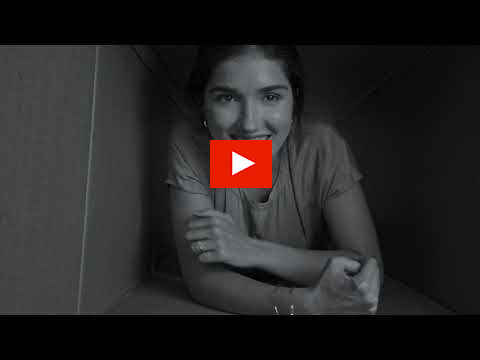