Budweiser FIFA World Cup cry: ‘The World is Yours to Take’

The campaign, featuring Lionel Messi, Neymar Jr. and Raheem Sterling, has been launched in more than 70 countries, the most in the brand’s 146-year history

Budweiser, an Anheuser-Busch InBev brand and FIFA World Cup sponsor, has debuted a global rallying-cry for fans: “The World is Yours to Take”.

In partnership with international football icons Lionel Messi, Neymar Jr., and Raheem Sterling, Budweiser has launched its FIFA World Cup campaign in more than 70 countries, the most in the brand’s 146-year history.

The campaign is anchored by a film featuring the athletes and a diverse group of fans making their way through the player’s tunnel with conviction toward the FIFA World Cup pitch. The spot cleverly uses the tunnel as a metaphor to connect fans to the emotion and anticipation the players feel before the match, inspiring them to take the next step in their journey towards pursuing their dreams. The soundtrack of the campaign is a reimagining of the iconic Tears for Fears’ anthem “Everybody Wants to Rule the World,” capturing the passion and enthusiasm fans will feel during this year’s tournament.

“As sponsor of the FIFA World Cup for more than 30 years, we wanted to capture the infectious global energy of football fans everywhere to encourage people to find the conviction to go for greatness, no matter what the journey to get there might look like,” said Todd Allen, Global Vice President of Marketing, Budweiser. “Determination to overcome challenges in the name of achieving greatness, like we’ve seen countless times from Messi, Neymar Jr., and Sterling, is an inspiration to us and to fans around the world. We hope our new campaign reminds fans that no matter what stands in your way, the world is yours to take.”

Speaking on the campaign, footballer Lionel Messi made a special call out to Indian fans and said, “Budweiser’s new campaign is a challenge to chase your dreams and go for greatness, and I couldn’t be more excited to help bring that message to fans across the world. To my fans in India, I hope the film inspires and encourages them to recognize that greatness is just one step away and despite the many hurdles, the world is yours to take.”

Commenting on the launch of this campaign film, Vineet Sharma, Vice President, Marketing - South Asia, AB InBev said, “Our long-standing association with FIFA gives us the unique opportunity to build a meaningful, lasting connection with football fans in India, one of the largest football viewing nations in the world. The brand’s latest campaign ‘The World is Yours To Take’ is our biggest and most exciting yet in India and globally. We want to inspire our consumers to seize opportunities, look beyond the challenges that life throws at them and to take a step closer to their dreams.”

In this global campaign, Budweiser has created new avenues for fans to experience the FIFA World Cup both on the ground and at home. Some of the key highlights will include a chance to attend BUDX, FIFA Fanfest watch parties which will be hosted around the world for the first time, on-site activations and musical performances at the Budweiser Hotel.

The campaign film was developed in partnership with creative agency Wieden+Kennedy and is an evolution of Budweiser’s new “Yours to Take” platform launched earlier this year. 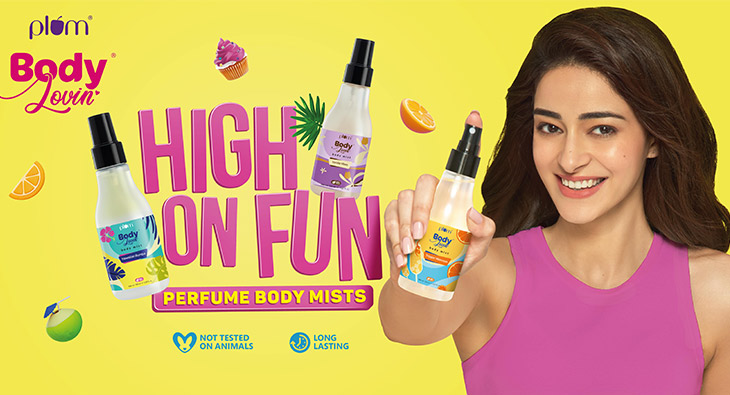