From Olay to Max Fashion and Sugar Cosmetics to Platnium Evara, brands have creatively pushed the envelope by producing ad campaigns that instill a social change

International Women’s Day is a day to celebrate strong, independent and powerful women. Traditionally, the marketing and advertising industry used to focus more on objectifying women and setting a particular beauty standard that consumers should follow; rather than focusing on women empowerment. In recent years, however, that ideology has changed. Brands are now creating ad campaigns with a social movement and making viewers more aware of the issues women face. Women go through all odds and face a lot of struggles from societal pressures to gender bias at their workplace and within their own families. Ad agencies using this insight have leveraged on this day by producing powerful hard-hitting social messages and celebrates fearless women who do not succumb to archaic thoughts.

This year brands have sparked up conversations that haven’t been talked about before.  exchange4media takes you through some of them.

Max Fashion sends a powerful message to its consumers. The brand encourages women to wear what they feel comfortable wearing. Dentsu Webchutney, Bangalore, created the ad film and it has been executed by Culture Machine. The insight was that women often hold themselves back from wearing certain styles out of fear of judgement. Jiten Mahendra, Vice President- Marketing at Max Fashion said, “The Campaign addresses the inhibition or the self-critic approach which women impose on themselves while experimenting with their fashion choices. Our endeavour is to encourage women to experiment and create their own style and fashion statement through this campaign.”

The ad film talks about the struggles around skin tone that most women have faced at some point in their lives. It is a rebellion against the archaic narrow-minded thoughts of people who sit back and pass judgements on the basis of colour. The brand encourages its audience to defy societal jibes that attempt to stereotype women into pre-defined beauty standards and urges them to be comfortable in their own true skin. Vineeta Singh, CEO, SUGAR Cosmetics states, “From facing criticism on having a deeper complexion to a mind-set that places fairer skin as an asset, women all over India have felt insecure about their colour and wish to be of a fairer complexion. It’s also become a common sight to see makeup ranges that lack diversity for the wide spectrum of Indian skin tones and undertones, forcing women with deeper tones to use products that don’t suit them. This is exactly the issue that we wanted to address through our #MySkinMyChoice Campaign where we want women to be comfortable and in love with their own skin tone and have access to products that perfectly suit their skin colour.”

Today, young women don’t believe that their wedding should be their ultimate goal. They are raised as equals and believe in a love that cherishes and encourages you to be yourself. Platinum Evara unveils a new digital campaign #redefiningrituals to celebrate these invincible women. The campaign created and conceptualised by Dentsu Webchutney, endearingly captures the sentiment of a young bride to be, who firmly believes that a ritual like ‘Kanyadaan’ can never dictate her relationship with her father, she cannot be given away & donated. Commenting on this ad campaign, Pravin Sutar, Executive Creative Director, Dentsu Webchutney said, “While brides are meticulously planning their weddings to match their personalities, they hardly ever question the rituals they’ll be a part of. There "are a few who are redefining their wedding rituals. Wedding rituals, which might bring some more sensible new thinking in society. This campaign celebrates these rare women.”

During pregnancy, the ability to do physical chores is severely affected. Our domestic help continues to place our needs before theirs throughout their pregnancy. Using this insight Prega News urges its audience to sympathise with them and urges you to turn your house, into their second home. The campaign has been conceptualized and executed by ADK Fortune. “With #YourSecondHome, it has been our mission to not only sensitise people towards the needs of pregnant women but also to identify unconventional workplaces where the idea finds resonance. We often overlook the fact that our homes can be someone’s workplace. Our domestic helpers, during their pregnancy, deserve an equally nourishing and caring ecosystem like they strive to provide us. A mother-to-be has to endure a lot, mentally and physically. The circle of care starts at home. It is our humble attempt to ensure it reaches everyone,” commented Akashneel Dasgupta, NCD, ADK Fortune.

Olay India launched its latest campaign showcasing stories of strong Indian women who have made bold choices, defied norms and followed their dreams. The ad film features five fierce and confident women, Fashion Designer Masaba Gupta, Actress Kubbra Sait, YouTube star Lilly Singh, Priyanka Kochhar and Plus-size model, Payal Soni. The ad film has been created by L&K, Saatchi & Saatchi. The brand's mission is to continually improve women’s skin and lives by encouraging them to be fearless and stand up for what they believe in, because if a woman is confident she can #FaceAnything.  Speaking on the creative vision behind the campaign Anil Nair, CEO & Managing Partner, Saatchi & Saatchi adds, “Keeping in mind Olay’s fearless ethos, a diverse group of women both incredible and unconventional in their own way stood out to us – designer, Masaba Gupta, actress Kubbra Sait, biker Priyanka Kochhar, plus-size model Payal Soni and YouTube star Lilly Singh. These women embody empowerment, sisterhood, bravery, fearlessness and the inner strength to #FaceAnything.”

Gits Food Products launched this ad film highlighting women empowerment. The ad film is conceptualized by Lowe Lintas and showcases the journey of a woman and the challenges she faces due to societal pressure.  It illustrates how repeatedly women are told that their place is in the kitchen. The film shows how the women she successfully balances her way through home and finds happiness, pride and self-worth at work at the Gits Food factory. Commenting on the video, Sahil Gilani, Director, Sales and Marketing, Gits Food said, “Gits has always promoted women empowerment by employing nearly an all women factory workforce, 98% to be precise. This practice has been around for over 6 decades and has women whose 3 generations have worked at Gits. It gives us immense pride to showcase a story unique to the hundreds of women who are part of the Gits family workforce." 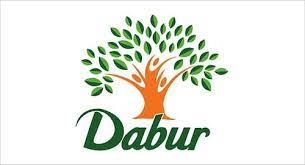