On TV, Telugu Desam Party takes the lead with 61% ad insertion share, followed by YSR Congress Party at 16% and Congress at 7%

TAM AdEx has released the cross-media political ad analysis data for the month of March 2019. The data makes it evident that BJP is going all out on radio. With 88% share, it has dominated the list of parties investing on ad-insertions on radio. Aam Aadmi Party takes the second spot with 5% share followed by YSR Congress Party at 4%, Congress at 2% and Makkal Needhi Mayyam Katchi at 1%.

On TV, Telugu Desam Party takes the lead with 61% ad-insertions share, followed by YSR Congress Party (16%) and Congress (7%). Print is dominated by Congress with 23% share while BJP takes the second spot with 21% share. On the third spot is Biju Janta Dal with 12% share. 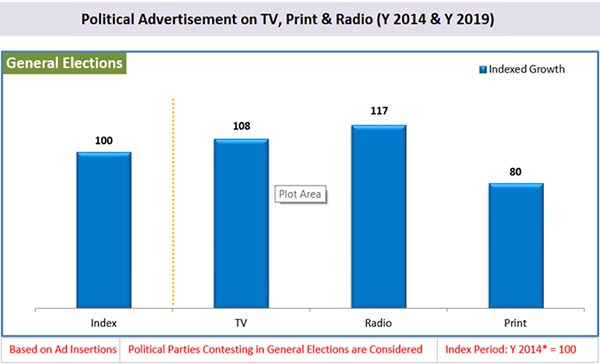 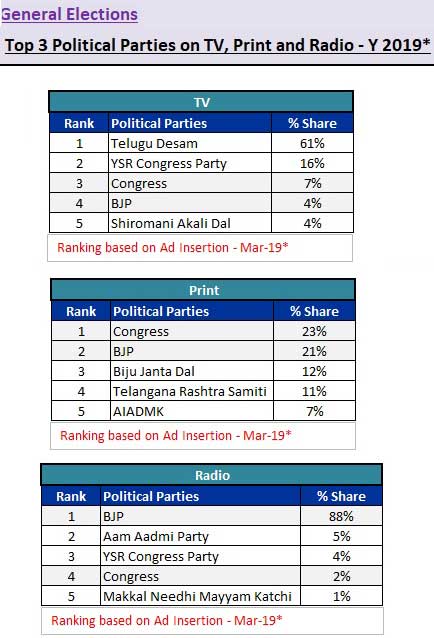 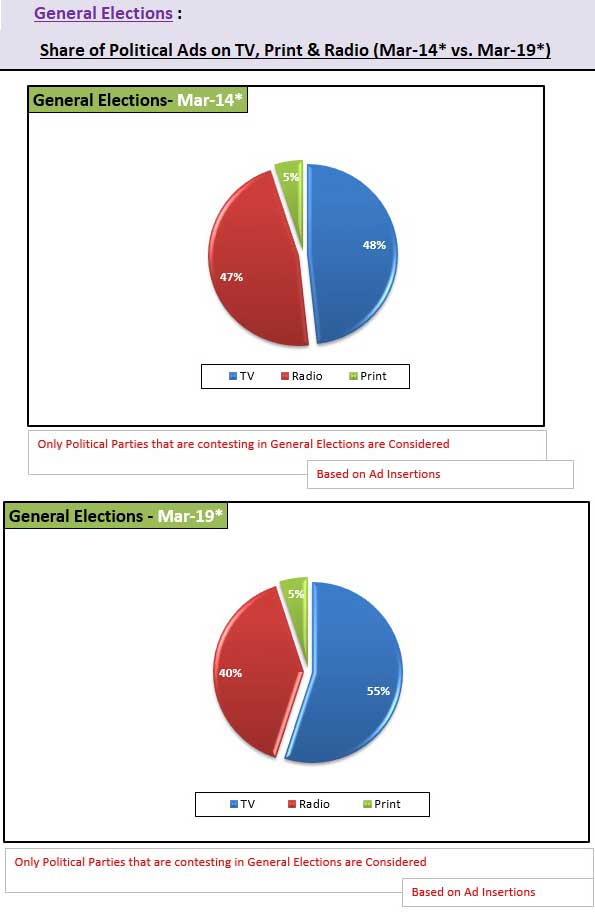 TAM AdEx had earlier released a report on political ad-insertions across medium, which had BJP topping the list with 53% share for the period of January 1-March 16, 2019. Congress took the second spot with 14% share followed by Telugu Desam Party with 6% share.

According to the report, radio as a medium had seen a marked growth in political ad-insertions. Ad insertions of political parties grew 14% on radio, whereas it is 9% less in print and 83% less on TV till March 16, 2019 compared to the same period during previous general elections in 2014.

India@75: The journey of M&E industry
21 hours ago

Why are brands early for the festive season party this year?
21 hours ago

‘Health & Glow to focus on personalisation & innovation’
21 hours ago

IPL will be part of Viacom’s streaming offering to be launched in 2023: Bob Bakish
5 days ago

When you enjoy your job, you don’t count the years: Piyush Pandey, Ogilvy
3 days ago

advertising When you enjoy your job, you don’t count the years: Piyush Pandey, Ogilvy
2 days ago