Advertisers or media agencies so far have not taken any decision on the same, however, there have been private informal conversations and inquiries from clients on the issue

The TRP controversy that erupted last week has raised more questions than it has answered. The industry is now abuzz with speculations on whether the controversy will have any impact on advertisers and if they will back out from spending on the channels involved in the rating controversy. The answer is a mix of Yes and No.

While so far not a single advertiser or media agency has taken any decision on the same, there have been some private informal conversations and inquiries from clients on the subject. It is important to mention that as per all leading agencies, not a single brand has taken any decision nor expressed its intention of doing so in the coming days. All agencies have maintained that they have only received some informal queries mostly in ‘personal capacity’.

“A TRP debate is not a new one for the industry. BARC is the only measurement body and by and large we do believe in the ratings it provides. Yes, there has been tampering in the past and if at all there has been one this time too, it needs to be fixed. Besides, the ecosystem continues to function the way it was,” says a senior media agency head.

However, industry heads believe that for most brands there are two different lines of debates — the TRP one and the other on ‘the nature of content’ the channels are running.

While the TRP racket is merely a four-day-old issue and the discussions around it are still in whispers, a few brands have discussed possibilities of distancing themselves from channels running ‘content’ that is ‘inciting, hateful or derogatory’ in nature.

While Bajaj Auto Managing Director Rajiv Bajaj said it loud and clear a few days ago, industry sources claim the decision was taken some months back and has been creating ripples in the industry for some time. “The TRP debate just brought it in the centre of the discussion. Bajaj stopped ads to channels running inciting content a few months back,” shared a senior industry source.

“A strong brand is a foundation on which you build a strong business. At the end of the day, the purpose of a strong business is to also contribute to the society… Our brand has never associated with anything we feel is a source of toxicity in the society,” Bajaj told the media.

On Sunday, Parle added fuel to the ongoing debate by becoming the second big brand to come out in the open and boycott channels with ‘controversial content’. Speaking categorically on the issue, Parle’s Senior Category Head Krishnarao Buddha further spoke about exploring the possibility of roping in other advertisers.

“We are exploring possibilities wherein other advertisers can come together and sort of put a restraint on their advertising spends on news channels, so that there is some sort of a clear signal to all the news channels, that they better change their content,” he told a media house.

Meanwhile, industry experts are also speculating if the ongoing ‘controversy’ will instead lead to a surge in ads for the channels. “It needs to be seen how many brands will take a moral stand. For most marketers, content has nothing to do with their placement of ads. They just need more eyeballs,” said a senior media analyst.

The head of marketing for a leading global brand that took a stand during a similar controversy in the US, when contacted, said they are yet to take a decision on the ongoing controversy in India but ‘we do believe in being a brand of purpose and take a position when required’.

It is pertinent to mention that News Broadcasters Association (NBA) President Rajat Sharma last week raised his concerns on the issue and urged television advertisers to withdraw support to hate-mongering TV channels.

‘Wake up alive’, says Cinthol in new TVC
7 hours ago 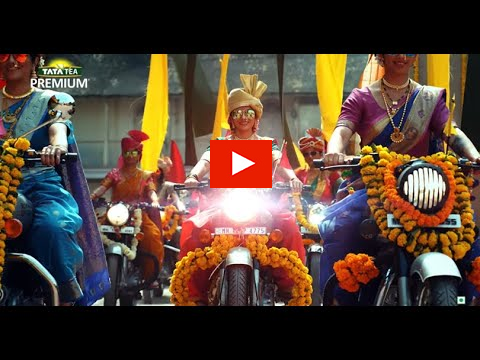 advertising Mirabai Chanu: The soon-to-be blue-eyed girl of the brand world
3 days ago