‘To be able to sell stories, you must have a comprehensive understanding of the media’

In an exclusive interview with PRCommune, Anshu Khanna opens up about Goodword Media’s 30-years journey, similarities and differences between media and PR industry, and more

Anshu Khanna is a well-known writer, columnist and editor who has written extensively on wide ranging subjects including leadership profiles, retail, art, culture, design and education. She is the founder of one of India’s first lifestyle communications ateliers: Goodword Media Services. A respected journalist, she was the Bureau Chief, Magna Publishing, Delhi; Consulting Features Editor, The Asian age & India Editor, Libaas International.

Following her stint in journalism, she founded the agency in 1993 with a view to offer holistic communications solutions & public relation management to discerning brands, organizations & personalities. She treats the advisory like a communications lab that creates bespoke publicity plans for each of its clients. A visiting faculty at NIFT, New Delhi she teaches Public Relations to Under Graduate students of Fashion Communication.

Her biggest contribution to Indian heritage is that she founded a respected and authentic platform that showcases our regal history called Royal Fables. Under this umbrella she has single-handedly helped bring alive the Palace Karkhana culture wherein royal scions work with local master weavers, artists and craftsmen. She is also actively working to showcase the kitchen cultures of Princely India through her platform Kitchen of the Kings.

She was awarded the Nari Shakti Puraskar in 2018 for her revivalist endeavors. It is the highest civilian honour accorded to women in India by the honourable President of India.

In an exclusive interview with PRCommune, the seasoned professional opens up about Goodword Media’s 30-years journey, similarities and differences between media and PR industry and other initiatives.

In 2023 Goodword Media will complete 30 years. How has been the experience? How did the idea to establish the agency come up?

It was totally by chance or shall we call it a stroke of fate. In 1993, I was the Bureau Chief of Magna Publication, which was at that time viewed with the same reverence as the Condénast Group is today.  A mother of two I decided to give up my full time job and work as a content creator for designers and artists. The same year The Asian Age came into existence and I got hired as a consultant Editor and wrote for their Sunday edition. Designers began asking me to write their copy. NIFT hired me to work with the academicians in creating the language for their new courses.

From creating content, I saw myself slowly getting pulled into PR, which was non-existent for creative enterprises then. My first clients were designers like Rohit Bal, Ravi Bajaj, Suneet Verma and Madhu Jain, followed by NIFT where I got hired as head of their PR department. Soon performing artists like Sonal Mansingh, Shovana Narayan, Radha- Raja Reddy wanted the PR for their festivals handled. Clients just kept falling in my lap while I was still sitting on the fence about what I should do next. In no time, I had become a boutique PR consultancy with 2 employees who were working out of our guest bedroom!

You conceptualised Goodword Media at a time when the idea and concept of PR was in its nascent stages in India. Tell us about your journey and the ways you have seen the industry evolve in the last three decades.

Yes, we were perhaps the first agency to manage small creative enterprises. There was Good Relations and Genesis handling hospitality and retail giants. There was Perfect Relations whose founder DIlip Cherian, like me, was also an ex-journalist and handled the PR mandate for industry leaders, business houses and government.

There was an urgent need, however, to create a niche PR practice for couturiers, international brands that were pouring in and creative people. In that sense my agency rode the wave of modern retail, as we know it. We launched all the malls in Delhi: Select City Walk, DLF Promenade, DLF Emporio, and Moments Mall. In fact most of the finer practices still carried on at Emporio were suggested by us. The mass arrival of ‘brands’ began and before we knew it, we were launching them all:  first being Marks and Spencer, Hugo Boss, Louis Vuitton, and Bvlgari, The Body Shop, Aldo, Charles & Keith, Aigner and many others.

Before establishing a PR agency, you were a journalist. What were the similarities and differences that you noticed in these two industries?

Though technically the two sit on either side of the spectrum, both are looking at creating content, playing with news, highlighting new stories. Journalists report the news whereas PR people create news.

When I first started, people treated PR professionals like fix-its who were always there to get a favour from and journalists as people seeking favours. However, I'm so glad that both industries now coexist, and understand the relevance of each other’s role.

It was a melt down of sorts for me when I began though. From being an editor who was constantly wooed by PR professionals, I turned into a one-person office, selling stories to my fellow scribes. It felt like a come down: I got the phone banged on my face, turned away from meetings and treated like a glorified courier when I went from table to table distributing press releases to my fellow journalists and friends by hand.  Let’s not forget that in 1993 the computer had just come alive and for all practical purposes we were still operating on typewriters!

You are also the founder of Royal Fables. Tell us about this heritage exposition and the experience of working with some of the most reputed royal families of India.

Yes, I am also the founder of Royal Fables, India’s only authentic platform to present the craft, culture and cuisine of Princely India. We work with over 50 palace studios helping them find markets for their hand made art, fashion and textiles. Young royals who in turn employ women artisans empowering them with jobs helm these studios. I got recognised by the President for my work and in 2018 was awarded the Nari Shakti Puraskar that is the highest civilian honour for women in India.

The first Royal Fables was held at DLF Emporio. Emporio wanted me to create a shopping experience that went beyond their luxury brands. Nothing is more luxurious to me than the Royals. As a writer I met with a lot of members of the royal families who were creative professionals in their own right.  I offered to bring alive this forum in Emporio and they happily hosted it.

Historically, Princely palaces have this culture of inviting masters into their Palace Karkhanas to create memorable pieces, and these young girls were simply attempting to revive this culture.  For instance, Princess Diya Kumari has 22 Palace Karkhanas inside City Palace in Jaipur, the Maharani of Baroda, Radhika Raje began reviving Chanderi sarees, the Mandawa family had initiated reviving gold weaves, and the Princess of Kishangarh had begun reviving pichwai, so Royal Fables was formed to provide a platform for these women to showcase their works and sell to a discerning audience.

As we went along, I came to the realization that there was a lot more to Royal India's story than just clothes and paintings, so we're now working on creating museum quality shows, virtual galleries, art festivals and royal experiences that recreate history, unfolding it in an interesting way.

What would your advice the young generation of budding PR professionals?

My advice is to be highly content driven, extremely honest, and have a nose for news. I always maintain that the media is a place where you can't sell a fridge to an Eskimo. You should understand the editorial policy and tone of a publication. I've seen people who represent a fertiliser company reach out to a lifestyle magazine, which is clearly not going to work! To really be able to sell stories, you must have a comprehensive understanding of the media first. Especially today when the world of media as we knew it is turning turtle. The online realm is overtaking print. Influencers are the new critics. Anyone can use his page to run your brand down. So, it is important that these young people decipher this shift and are able to ride the wave, which I am sure is not going to be tough for these kids who were born in the mobile era.

‘In the era of global challenges, it is important for PR companies to unite their efforts’
1 day ago 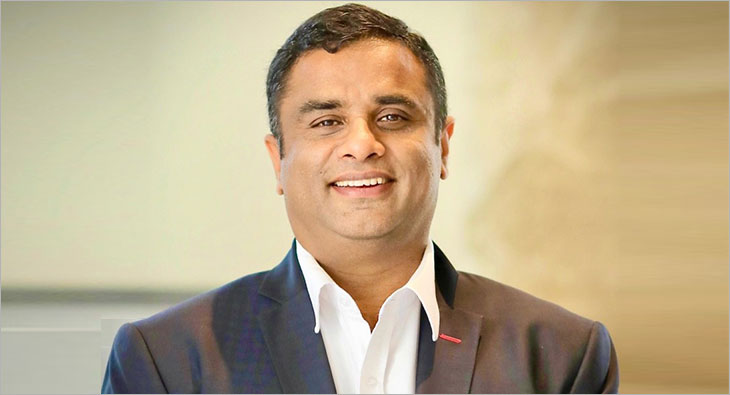 pr-and-corporate-communication ‘In the era of global challenges, it is important for PR companies to unite their efforts’
1 day ago