He takes over from Tracey Grabowski

Procter & Gamble recently announced the appointment of Bala Purushothaman as the Company's Chief Human Resource Officer (CHRO), effective January 1, 2023. With this, Bala becomes the fourth Indian after Shailesh Jejurikar (COO), Sundar Raman (CEO, Fabric & Home Care), and Kirti Singh (Chief Analytics & Insights Officer) to join the global leadership of the Company in recent years. Bala will take over the role from Tracey Grabowski, who is retiring from the Company after a career spanning over three decades, including more than four years as the Global CHRO.

Bala began his career with P&G in India in 1992 as a Management Trainee in the Human Resources department. He went on to work across multiple countries, including Thailand, Singapore, Russia, and the United States. A visionary leader with a depth of experience and passion for diverse people and cultures, Bala is responsible for developing and leading P&G's people and organization strategy. This includes attracting and developing diverse talent and building a culture that drives innovation and productivity to support P&G's business strategy and people across 70+ countries.

Bala Purushothaman, Global Chief Human Resource Officer (CHRO), P&G, said, "I feel honored and humbled that P&G entrusted me for this critical role. In three decades with the Company, I have learned from the diversity of our people and the uniqueness each brings.

At P&G, we are leveraging the talent of our people as a competitive advantage by delivering a truly superior employee experience. We do this by attracting great people for a career, giving them early and increasing responsibilities, inspiring managers to be coaches, and including everyone. Our focus on employee development is the biggest differentiator for P&G. I can't wait to get started, and I look forward to working with our incredibly talented teams worldwide.”

Born in Chennai, Bala earned his bachelor's degree in Computer Science & Engineering from the University of Madras and a Master's degree in Human Resources from the Xavier Labour Relations Institute (XLRI) in Jamshedpur. 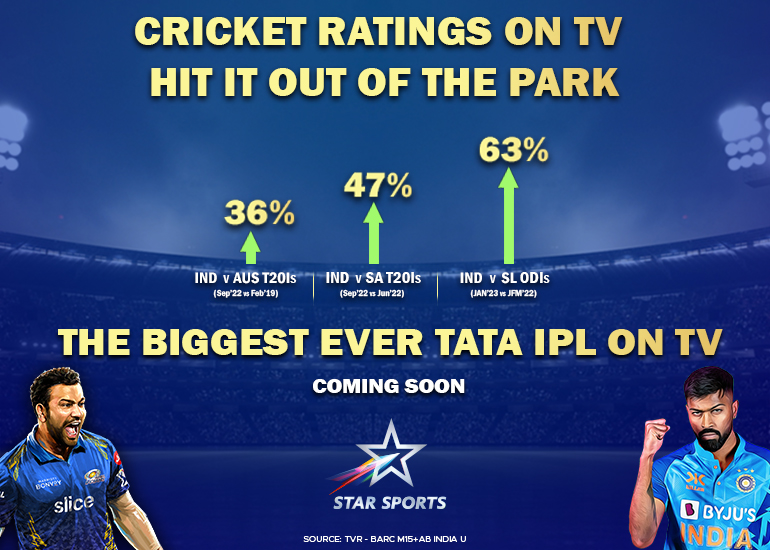 Edelweiss General Insurance rebrands itself as Zuno GI
2 hours ago

Tiffany x Nike: 10 fast facts about the collab
3 hours ago

ChatGPT: Writing on the wall for copywriters?
11 hours ago

Can Twitter turn the tide this year?
12 hours ago 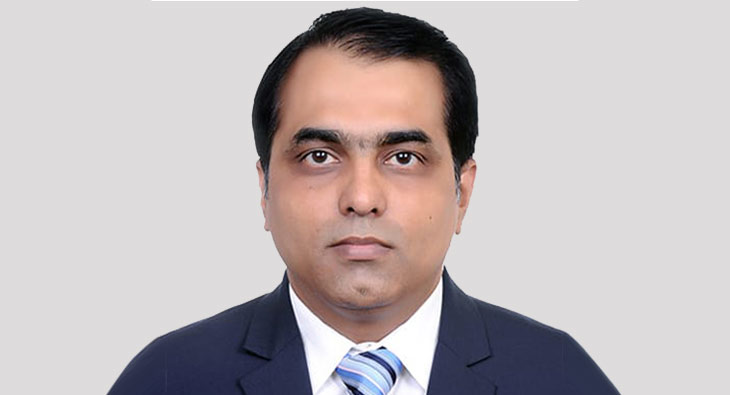 Prior to Bonn, Pal was heading marketing for Bikano

Bonn Group of Industries has roped in Dawinder Pal as Business head for House of Veda and Group Marketing Head.

Prior to Bonn, Pal was heading marketing for Bikano. He has also served as a Category Head in companies like Dharampal Satyapal Group, Catch Salts & Spices, Shriram Group, Mawana Sugars Ltd and OZONE Group.

Dawinder Pal says, “This is my second stint with the brand and I cannot be more thrilled about getting this opportunity twice with a brand like Bonn that has carved a niche for itself in the FMCG industry. I look forward to developing marketing campaigns that are not just unique but effective at the same time and will help the brand achieving its targets and also to contributing to the growth of the company and play a significant role in the brand’s vision.”

Kovoor joins Wavemaker after an 8 year long stint with Ogilvy

Wavemaker India today announced the appointment of George Kovoor as the Chief Creative Officer. George will report into Ajay Gupte, CEO – South Asia, Wavemaker and will be based out of Bangalore. George joins Wavemaker after his eight year long stint with Ogilvy where he was Digital Lead – Mumbai and South operations.

Speaking about the appointment, Ajay Gupte said, “We are witnessing an exciting phase of transformation in the media industry where traditional methods are challenged at every step. Data, Content and Technology have always been the three key pillars at Wavemaker and we have all experienced the magic when these three ingredients are used in the right proportion. In his previous roles, George has played an instrumental role in integrating mainline and digital creative teams. He enjoys an incredible reputation in the creative industry for his impressive work which has been recognised at local and global platforms. With George coming in as the Chief Creative Officer, I am quite confident about taking our creative offerings a notch higher.”

George is an accomplished creative leader with three decades of experience in digital, social, tech, and mainline advertising.  Over the years he has led creative teams across advertising agencies like Lintas, FCB, Digitas LBi and Ogilvy among others. His work has been recognised in numerous international and domestic award shows, and he has served on several award juries.

Talking about his new role, George said, “I am actually struggling to put into words exactly how excited I am with my new role. It gives me the opportunity to join a team of digital experts who have been shaping customer experiences while creating ideas that are driven by both data and technology . In the last few years Wavemaker has created content that is both disruptive and award winning. I am very excited by Wavemaker’s vision of the future and hope to contribute significantly in turning the vision into reality.”

George has spent the last 8 years at Ogilvy, during this time he has helped shape the digital teams in Mumbai, Gurgaon and Bangalore. In addition to his professional accomplishments, George is a faculty member at the Miami Ad School in Bangalore, where he shares his knowledge and expertise with the next generation of advertising professionals. He also has a passion for movies, sports, and gaming.

Shemaroo Entertainment has made key leadership appointments in Human Resource, Domestic and International Syndication Business and their Digital Video Business. These appointments are part of Shemaroo's ongoing efforts to strengthen its workforce by onboarding proven professionals to drive growth and innovation for the organisation.

Nishith Varshneya will be the Head of International Business & India Digital Syndication. A highly skilled professional with a proven track record, Nishith will play a key role in driving the company's International Business and Digital Syndication Strategy. Nishith comes with over 17 years of experience in building Product & driving Revenue for various media businesses in Television, Digital, Radio, OOH, Live & Experiential Large Format IPRs. In his previous stints Nishith has worked with Disney Star, Times OOH and Radio Mirchi amongst others.

Shiza Ansari Khan has been appointed as the Head of Human Resources who will lead Organisational Transformation and Business Excellence along with Strategic Cultural Development. In her career spanning close to 20 years, Shiza has held various leadership and managerial roles across leading national and multinational companies such as BIC Cello India Pvt. Ltd., Larsen & Toubro Ltd., Volkswagen India Pvt. Ltd., Reliance Infrastructure Ltd. and others.

Both Shiza and Nishith will report into Arghya Chakravarty, COO - Shemaroo Entertainment.

Abhinav Anand has joined as Vice President, Digital Video Business. With his expertise and diverse industry experiences, he will direct, develop, and implement the company's digital platform strategy and ensure seamless delivery of content across Shemaroo's loyal viewer base. Abhinav has over 12 years of experience working with consumer brands like Ola, Phone Pe, Amazon Sellers Service Private Ltd., Bajaj Finance and others.

Commenting on the new developments in the leadership team, Arghya Chakravarty, COO - Shemaroo Entertainment said, "We at Shemaroo Entertainment believe in cultivating an environment of innovation, growth and diversity. Onboarding dynamic professional leaders aligned with our company’s vision will bring in new perspectives that will be critical in propelling our company forward. These appointments signify our commitment to staying at the forefront of this rapidly evolving industry and capitalizing on the vast opportunities it presents. I am delighted to welcome Shiza, Nishith and Abhinav to Shemaroo and wish them all the very best in their respective roles.”

Gopal has a 25 years’ experience in the industry and has worked with some of the top media houses, including iTV Network, HT Media Ltd, India Today Group and BW Businessworld.

TBWA\India has appointed Russell Barrett to the newly created position of chief creative experience officer, a further nod to the agency’s commitment to delivering disruptive brand experience solutions for its clients

Barrett will be charged with setting the creative vision and delivering TBWA\India’s total brand experience approach to the agency’s portfolio of clients. Barrett will work closely with the key management team in India and the global creative leadership to drive the global ambition for TBWA’s creative product.

A multi award winning creative, Barrett will draw on his multidisciplinary experience, having worked across traditional, design, content, digital, consulting, and experimental, to ensure TBWA\India’s client partners are showing up authentically and in new and interesting spaces.
Said Sean Donovan, president, TBWA\Asia: “India is one of the most dynamic markets in the world. And having a total brand experience approach to marketing has become critical for all brands. With Russell on board, we will be accelerating our collective mission to provide category-defining solutions that defy convention while delivering meaningful business impact.”
Russell Barrett said: “TBWA is a brilliant brand globally with a sharply defined culture of creativity and innovation. The opportunity to create brand experiences rather than just another campaign speaks directly to my own creative ambitions. Through conversations with the TBWA leadership, it is clear we’re chasing the same goals.”

“I’m very excited to begin this new chapter in my creative journey with folk I know, like, respect and trust.”

Said Ben Williams, chief creative experience officer, TBWA\Worldwide: “A changed world requires a changed approach to creative work. With Russell joining the collective, I look forward to seeing him bring his unique perspective and experience to the table in crafting disruptive work with brand experience at its core.”

His previous stint was as the buying lead at Lodestar Media

DDB MudraMax boosts its media expertise with the appointment of Sarfaraz Ansari as Senior Vice President – Integrated Media. He will be responsible for leading strategy and ideation for integrated solutions across media platforms.

With over 17 years of experience, Sarfaraz has worked across industries like FMCG, financial services, telecom, and worked with brands such as Johnson & Johnson, Spotify, Mahindra, Hershey’s, Finolex Pipes, Marico among others. His previous stint was as the buying lead at Lodestar Media.

Speaking on the new appointment, Rammohan Sundaram, Country Head and Managing Partner - Integrated Media, DDB Mudra Group said, “Sarfaraz’s calm and composed demeanour backed with solid conviction and science makes him one of the best in the business. Especially with some of our large clients, where we needed someone who can fit into our culture and at the same time solidify our leadership in strategic buying across all media. To that effect, he is perfect and has already impacted positively to our setup at MudraMax”

Commenting on his new role, Sarfaraz Ansari said, “The DDB Mudra Group has made some remarkable strides over the past few years with inspiring and diversified campaigns across categories. I look forward to contributing to the Group's growth trajectory, taking on exciting challenges and opportunities.”

Prior to that, he worked with Zenga Media as CEO and with Max as Senior Manager, On-Air Presentation, Research and Strategy. He was later promoted as Assistant Vice President, Marketing, Sony Entertainment Television in July 2011.

e4m reached out to Joshi and did not recieve a response at the time of filing this story.