Following a stint of nearly eight years, Divya Radhakrishnan, President, TME, has decided to quit the organisation. Rediffusion officials were not available for comments at the time of filing the report, but highly placed sources have confirmed the development to exchange4media.

The year has begun with key people changes for Indian media service brands. Following the leadership change at Starcom MediaVest Group, the next high profile exit comes from the Rediffusion Group. Divya Radhakrishnan, President, TME, the media arm of Rediffusion, has resigned from the organisation.

Rediffusion officials were not available for comments at the time of filing the report. Divya Radhakrishnan told exchange4media, “I am very much here at the moment”, but sources close to the development informed that Radhakrishnan was now serving her notice period in the organisation.

exchange4media readers would recall that Rediffusion Group itself had seen changes in leadership last year, when the company’s CEO Mahesh Chauhan had quit the organisation, and sister company’s President D Rajappa was handed the Rediffusion mandate.

Divya Radhakrishnan has been with TME since April of 2003 – she began with the organisation as Head of Tata AOR and then moved on to being the Head of Buying to Senior Vice President to her current post as President of the agency. In the year 2009, Radhakrishnan was given the additional charge of Rediffusion PR as well. She has over two decades of experience. Her next destination is not yet known. 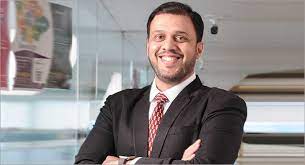