Rajesh Radhakrishnan, Founder & Director, Vritti iMedia, shares how the agency is using transit advertising as their key OOH strategy to garner impact in the rural market

“We have a digital audio network which the agency has created at a transit place to help corporate brands tap into the rural markets. Predominantly it is media created for small-town consumers”, remarks Rajesh Radhakrishnan, Founder, Director, Vritti iMedia.

Vritti iMedia is present in rural markets in more than 450 bus stations pan India. They cover 7 states to include Maharashtra, Goa, Karnataka, Punjab, Haryana, Himachal and Rajasthan. They reach out to an average of 1.2 crore people per day through their transit OOH advertisements in these rural areas. Around 30-35 crore is the reach per month and is continuously growing. This property of the agency is popularly known as ‘Audiowala Bus Stand’, a digital audio network.

Radhakrishnan says that while they have DOOH screens at these bus stations, the audio senses are important and garner attention more as commuters are waiting to hear announcements of their commute.

Their focus is on small towns and they give a 360-degree BTL and OOH solutions. The agency is locally based and they tap into markets like Kolhapur and Nashik and they also do auto branding, transit place branding, etc. They integrate and provide a 360 base solution. At these bus stands, they have communication, engagement, and experience. Radhakrishnan shared, “We have space inside the bus stations. We can put up a vehicle, display stall or a promotional stall at the station.”

Vritti works with some of the top brands such as TATA Sky, Emami Navrantan Oil, Dabur, and GSK to name a few. They have also done campaigns for the BFSI sector for brands such as SBI, Union Bank, Central Bank, ICICI, HDFC and more.

One of their success stories was with Honda two-wheelers and TVS Motors which occurred last year. Where the bus stand was converted into a showroom. The agency worked with the dealer and displayed all the vehicles. While the product orientation was happening for consumers the audio teasers were also running which said that we have special offers and to avail the facility at the activation space. If the consumers were interested they were given a chance to test drive. During Diwali, Honda has been using Vritti for the last three years to promote its offers. This went on to become a model for other motor brands.

Speaking about the festive season and how the impact it has brought about, “In the festival season we have obviously grown but the expected growth was not there. Because of the economic slowdown. It has affected everybody and brands were slow on taking decisions. In certain cases, the expected results were not there. Being in the rural niche player, we were better off in terms of the results and it helped us. Brands can select a pocket like Nashik or Nagpur to establish their model in that particular area. Not necessarily that they needed the message to go about all-around a state because TV and Print are already doing that and we speak to a particular district.”

"Even the DOOH ads that Vritti conceptualises also work on visual senses with static images on the LED form. The messaging is important. The small town target group is not going to connect with urban emotions. It is a public place so the thought process is not meant for having a relished watching experience. The focus is on communication. Our model was created, keeping in mind the ambience”, shared Radhakrishnan.

Vritti iMedia generates most of its revenue sales through audio transit advertising. Their OOH model is to build a brand from the bottom to the top. “With specific outdoor merchandise, transit media, buying media like 'Audiowala Bus Stand' as a combination will give you better exposure and ROI in that geographic location”, shares Radhakrishnan.

Sharing how the transit audio medium brings efficacy to their brands, Radhakrishnan concluded, “This medium has a uniqueness and you have to listen to it. There is no channel switching. When you are waiting at a bus station your entire focus is on announcements and in between we have advertisements. There is a 100 percent guarantee that your message reaches the masses. The only challenge is when the consumer doesn’t hear the announcement. Our model encourages people to search or get people to call to action. For instance, if there is a mobile number given how many of them listened to it and responded back? The parameters are less in this case and hence it is easier to measure efficacy.” 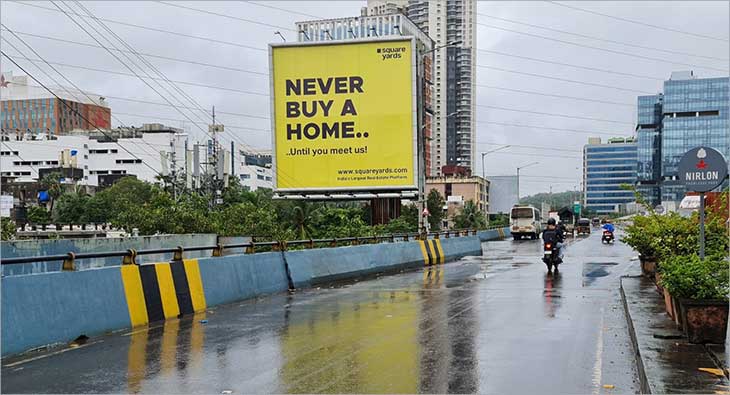