The policy, which keeps road safety and city aesthetics in mind, states that prior permission of the NDMC authority is required to display an ad

All illegal hoardings that fall under the NDMC (New Delhi Municipal Council) jurisdiction are under stern scrutiny. The ones that failed to abide by the OAP (Outdoor Advertising Policy) 2017 are in the spotlight. Inspections have begun in areas like Shivaji Stadium, Connaught Place, Regal, Shankar Market, KG Marg, Barakhmbha Road and Bengali Market. All OOH hoardings that are considered "defacement of property" have been removed by the civic authorities.

The Outdoor Advertising Policy was implemented in the year 2017 after discussions with all stakeholders. The policy was implemented, keeping road safety and city aesthetics in mind. According to the OAP 2017 policy, prior permission of the NDMC authority is required to display an advertisement to public view in any manner. Recently, The Enforcement Department of the NDMC has announced an intensive drive to remove posters, banners and illegal hoardings or advertisements installed at public places and busy markets in areas falling under the civic body.

The latest drive by the civic authorities will also take action against self signages that violate the rules. As per the policy, self signages that are exceeding 2.5 square meters of a shop needs to take prior consent by the civic body. The awareness is to ensure that unauthorized advertisements, self-signages, flexes and hoardings that have been erected in violation of Delhi Outdoor Advertising Policy, 2017 and Delhi Prevention of Defacement of Property Act, 2007 are removed.

If an advertiser wishes to appeal to the civic authorities, they can launch an appeal. Before appealing, the affected person shall seek a review of the decision. The Municipal Corporations of Delhi/NDMC shall provide a statement of reasons for the decision undertaken to the advertiser mentions the policy guidelines.

You get what you see on 99acres, says property site in its new campaign
4 hours ago 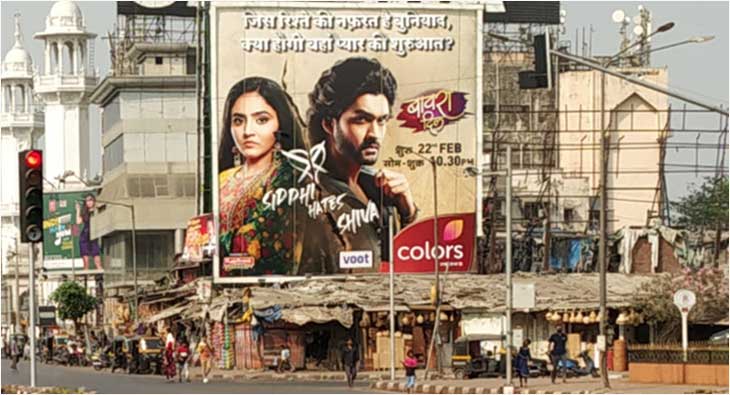