Rahul Johri, EVP & General Manager of Discovery Networks Asia Pacific has been appointed as the CEO of BCCI & will start his new role from June 1, 2016.

The Board of Control for Cricket in India today announced the appointment of Rahul Johri as the Chief Executive Officer (CEO). Rahul who was last serving as Discovery Networks Asia Pacific’s Executive Vice-President and General Manager for South Asia, will take on his new role starting June 1, 2016 onwards, reporting to the Secretary of BCCI and will be based at Mumbai office.

Commenting on the appointment, BCCI President, Shashank Manohar, said, “We are pleased to have Rahul with us and are sure his vast experience and knowledge will benefit the board. His vision, guidance and support will contribute towards the successful working of the BCCI.”

BCCI Secretary, Anurag Thakur said, “We welcome Rahul aboard and wish him luck for his new role at BCCI. In the past one year, BCCI has undertaken various initiatives aimed towards transforming the working of BCCI in order to make the functioning more robust. This endeavor is another initiative of the board aimed in the same direction and will mark as one more milestone towards strengthening the professional working of the BCCI.”

Commenting on his appointment, Rahul Johri, said, “I am honored at the opportunity to serve millions of Indian cricket fans. It will be my utmost endeavor to contribute to the Indian cricket. I am thankful to the President and Honorary Secretary of the BCCI for bestowing such faith in me. I look forward to everyone's support to fulfill this tremendous responsibility.”

With over 20 plus years of experience in the media industry, he was last associated with Discovery Networks for 15 years and for the past eight years was leading South Asia operations.

Loss of Rs 431 cr to Times Now in TRP Scam, mentioned in chargesheet against Arnab Goswami
21 hours ago 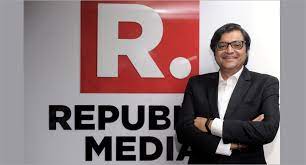 media-tv Loss of Rs 431 cr to Times Now in TRP Scam, mentioned in chargesheet against Arnab Goswami
21 hours ago

media-tv Why did BARC restrict access to TV viewership data for non-subscribers?
3 days ago