Shujaat Bukhari, Editor of Rising Kashmir, was given police security after he was attacked in 2000; he was also abducted in 2006 but managed to escape

Senior journalist and editor of Rising Kashmir, Shujaat Bukhari was shot dead by unknown bike-borne assailants outside his office in Srinagar on June 14, 2018.

According to media reports, the assailants were waiting outside his office for Bukhari to step out. Two of his personal security officers were also shot dead. The killers reportedly emptied their magazines into their victims before fleeing the scene.

“Three motorcycle-borne militants came and fired at Bukhari and his guards,” State Police Chief, SP Vaid was quoted by media.
“General public is requested to identify the suspects in pictures involved in today’s terror attack at press enclave,” Kashmir Police tweeted while sharing CCTV grabs of suspects. In the images, three men can be seen on a motorbike, while the rider was wearing a helmet, the other two were wearing masks to hide their identity. 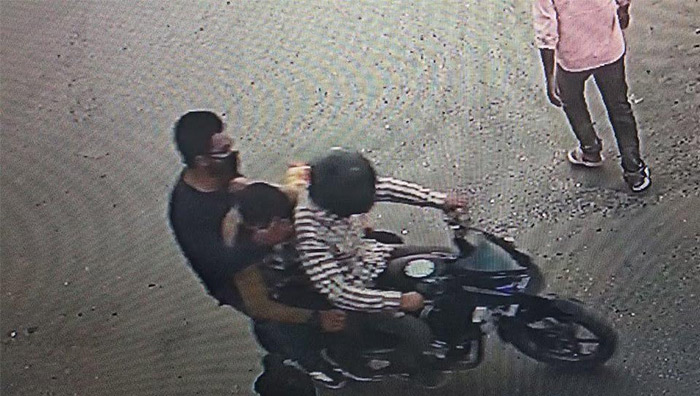 The attack took place hours after Home Minister Rajnath Singh held a security review meeting for the annual Amarnath pilgrimage that starts later this month.
“The killing of @RisingKashmir editor, Shujaat Bukhari is an act of cowardice. It is an attempt to silence the saner voices of Kashmir. He was a courageous and fearless journalist. Extremely shocked & pained at his death. My thoughts and prayers are with his bereaved family,” Singh tweeted.
Bukhari, who has earlier worked with The Indian Express, was also recipient of World Press Institute (WPI) USA fellowship and Asian Centre for Journalism Singapore fellowship.
The senior journalist was given police protection after he was attacked in 2000. Bukhari was also part of the "Track II" or alternate channels dialogue process with Pakistan.
“Mr Bukhari was a voice of moderation and a courageous, big-hearted editor who mentored a large cadre of young journalists from Kashmir. The Guild calls upon the government of Jammu and Kashmir to take urgent steps to bring to book the culprits and ensure safety and security for the media in the state,” The Editor's Guild of India said in a statement condemning the dastardly attack on the Srinagar-based senior journalist.
"An attack on a journalist challenges the very foundations of a free press and vibrant democracy and more so in a state like Jammu and Kashmir that is going through militancy. The Guild also calls upon the State and Central Government to enhance security for all journalists in Jammu and Kashmir,” the statement further read.
“Recent weeks have also seen threats of violence against many journalists in different parts of the country. The killing of Mr Bukhari is a new low in a rapidly deteriorating environment for media practitioners in Kashmir, in particular, and in the country in general,” the Guild’s statement read.
“Assassination of #ShujaatBukhari is a brutal attack on freedom of press. A cowardly and deplorable act of terror. Our fearless media is one of the greatest strength of our democracy and we are committed to provide a safe and conducive working environment to media persons,” Rajyavardhan Rathore, Information & Broadcasting Minister tweeted.
Bukhari is survived by his wife Tahmeena, son Tamheed and daughter Duriya.

Recap: The Week That Was
59 minutes ago

MPEG-4 slot auction: Will high cost and lack of clarity keep broadcasters away?
1 day ago

Levi’s plagiarism row: How not to overstep the inspiration mark
1 day ago