IRS returns after four years. Will publishers be more welcoming of it this time?

The Readership Studies Council of India (RSCI), formed jointly by the Media Research Users Council (MRUC) and the Audit Bureau of Circulations (ABC), has announced the launch of the world’s largest continuous survey of media usage, product consumption and ownership – Indian Readership Survey (IRS) 2017, which will release on January 18, 2018.

“The IRS 2017 is a full year Report covering four quarters of fieldwork,” said Media Research Users Council (MRUC) while announcing the return of the world’s largest survey which, in 2014, faced much controversy and rejection from leading media houses for its “shocking anomalies”.

Will publishers be more welcoming  of it this time round or not, only time will tell. But one thing is for sure- they cannot ignore it, going by the pre-release reactions.
Pradeep Dwivedi, CEO of Sakal Media Group, tweeted, "Hoping for a new beginning of measurement metrics for the print media industry in India."

The bitter-sweet story of IRS

Indian Readership Survey was launched by MRUC to have a single source study catering to all research needs of its member companies and offer a robust measure on media and product consumption behaviour along with the Indian Demographic Report at a pan-India level.
Since 1995, when it was first released, IRS has been accepted as an authentic and widely used source of media and consumer insights for advertisers, publishers, agencies as well as broadcasters.

However, the survey was condemned and rejected by around 18 member publications in 2014 for being “flawed”.

“The survey is riddled with shocking anomalies, which defy logic and commonsense. They also grossly contradict audited circulation figures (ABC) of longstanding," a statement jointly issued (right after the IRS 2013 was released) by the newspapers in public interest read.

What are the current expectations?

Although, MRUC is quite confident about the release of the survey, publishers could still be sceptical of it.

Calling it “a usual pattern”, Indranil Roy of Outlook Group said, “Publishers who will get a higher number will be happy, the once who will drop will be unhappy.”

However, Shailesh Gupta seemed more optimistic about the survey and believes that publishers are positive about the survey. “Publishers have been in complete support of the IRS ever since the new process began. A lot of effort has been put in by the Tech Com and the IRS Secretariat, and everybody is positive about the upcoming release of data,” he said.
Accepting that the absence of the report since 2014 has led “decision-making difficult and less objective”, Gupta added, “There were several issues with both IRS 2013 and 2014 forcing the entire rethink on IRS. The last credible data was for 2012 Q4. I am looking forward to seeing that print has grown as clearly proved by the ABC trends."

What’s new about IRS 2017?
The survey team, as per MRUC, has focused on enhanced levels of scrutiny adopted via frequent field visits, backchecks, use of GPS tracking devices, audio recordings, and quarterly validations.

“The IRS Techcom, RSCI, MRUC along with the Nielsen team have left no stone unturned in their endeavour to provide the industry with a reliable and robust study,” the MRUC statement read. 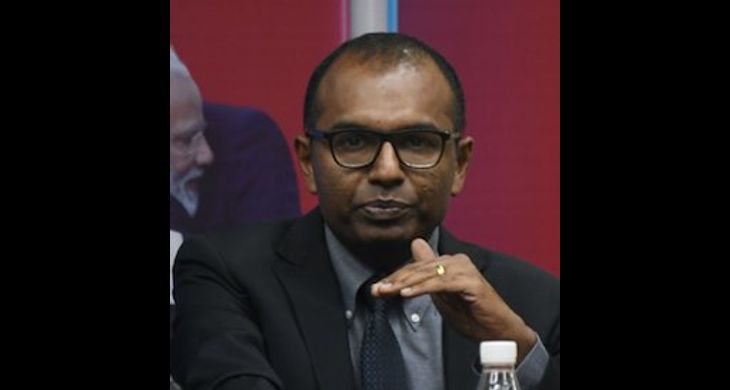