Indian dailies have grown in the past one year, shows ABC Jan-June circulation data

Data released by the Audit Bureau of Circulation (ABC) for January-June 2018 period shows the Indian dailies have got considerable growth in their sales as compared to the previous year.
According to the figures released by ABC, Dainik Bhaskar topped the list as the highest circulated daily among ABC’s member publications. The average sales growth for Dainik Bhaskar in the January-June period was 4,251,236, a considerable jump compared to 3,758,949 during the same period in 2017. 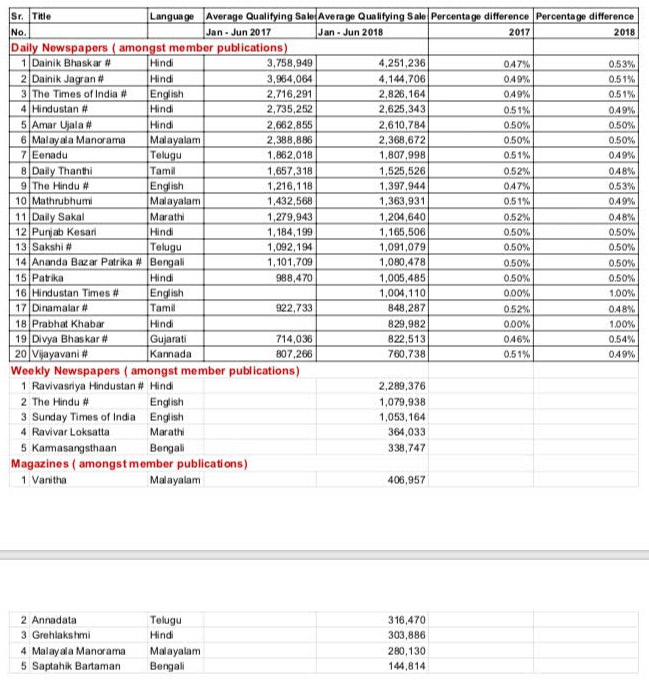