#e4mConclave, two days to go: Can machines be creative?

At the exchange4media Conclave, Headline Speaker - Tamara Ingram, Worldwide CEO, J. Walter Thompson Company will speak on ‘Hu(man) and Machine’, and whether AI can be creative

Creativity maybe the ultimate moonshot for artificial intelligence. But now the question that remains is how far AI can or should go in the creative process? At the exchange4media Conclave which is scheduled to take place on November 16 in Mumbai, Tamara Ingram, Chief Executive Officer of J. Walter Thompson Company, who will be the Headline Speaker at the event will be speaking on the topic ‘Hu(man) and Machine’, and whether AI can be creative.

With digital technology now enabling machines to learn, recognise and respond to humans - from digital assistants to driverless cars - the inevitable question follows: Can machines be creative? And will artificial intelligence ever be able to make art? Experts decode: 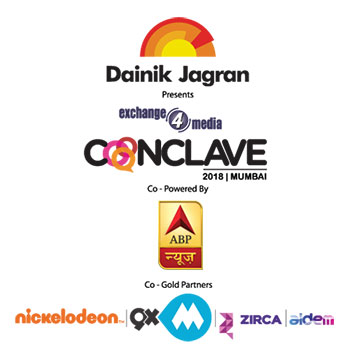 Answering the question whether machines can be creative Sonia Khurana, Senior Vice President, OgilvyRED Consulting says, “Yes, we’ve seen evidence of it. Can it imitate the human mind? No. I am doubtful that AI will ever replace the creativity of the human mind. I have often wondered: will machines be able to figure out how our minds work, which are a mystery to even us?”

Rajiv Dingra, Founder and CEO, WATConsult has a different take. He signals that the answer is an emphatic no. Dingra asserts that on their own machines can’t get inspired and create abstract art or an idea but we can feed machines two unrelated topics and ask them to throw combinations of words or co-related content between these two topics. “They can be programmed to make creatives. Machines can also dynamically generate multiple creatives once fed with 3-5 elements which it can combine to form multiple versions of the same creative,” he says.

According to Venugopal Ganganna, CEO, Langoor, artificial intelligence, in its infancy, is creating art today. “That art per se is often prescriptive to the learning models fed to it or the output is defined by the creator of the intelligence. In both the cases what the intelligence creates is still art - but with a strong influence of the creator or the input. The ability for AI to create original art with meaning on its own is a few steps after AI properly passes the 'Turing' test - which for now has only been partially cleared,” he argues.

Experts remark that we’ve barely scratched the surface of what is possible. While advancements in AI mean that computers can be coached on some parameters of creativity, experts question the extent to which AI can develop its own sense of creativity. Can AI be taught how to create without guidance? “My belief is machines in the future will aid creativity to help in mass scale creation, customisation and distribution but originality and abstract thinking is far off from the reach of machines in the near future,” says Dingra.

Khurana points out that creativity is subjective. “However, developing good creative – ideas that connect with the audience in an impactful way – is not. It requires empathy, imagination, storytelling, art and more. Much more than data. It’s the collaboration of logic from AI and magic from the human mind that will add to the effectiveness,” she highlights.

Vikas Chawla - Co-founder, Social Beat hints that art is a form of expression and storytelling is something that will remain in the hands of creative people for the foreseeable future. "Theoretically it is possible for AI to create art and even content. And it has been tried, but the question remains as to whether art can be created based on data and past learning,” he lets out.

Ganganna notes that artificial intelligence is still quite prescriptive about what it can or cannot do. He spells out that free-form creativity without input from programmers or creators of intelligence is a while away. “This means we have to define what creative is. Sure in the long-term horizon it is likely that machines will be free-form creative; but in the short-term it will be limited to the task at hand. If being creative means coming up with pastel paintings then machines will be able to do that. If the intelligence is created and/or trained to create videos that is what they will do.”

What's next for AI?

Thought leaders ponder whether AI innovation will ultimately yield technology that can create without supervision.
Rohit Raj, Co-founder and Creative Chief, The Glitch reaffirms that a machine isn’t capable of thinking on its own for it to replace a creative director. He calls AI as a strong left brain with a zero right brain. “Machines as the word suggests are devices that are programmed to react and behave in binary modules. Unfortunately creative minds do not behave in a binary model. If we can build a set pattern to do things, a machine will be able to build upon it and replicate it."

Raj states that AI is playing an important role in advertising by reducing execution time. “We are able to use AI to aid in design, in media buying processes and spaces where a “if this then that” rule applies. Design tools and edit tools using machine learning AI algorithms to aid the designer and editor to work faster by helping key out images or adding right filters etc. Things like buying the right media, targeting the right users, optimising costs etc., are things AI can aid in because computers can take in more data and process it faster than humans,” he opens up.

Syed Murtaza, Head - Creative and Tech, Grapes Digital reflects that while machines follows numbers, routine and set patterns, only a human mind can express and bring the creativity alive in different and most unique forms. “Machines follow what we feed in as input, they are our reflection as we build them…till the time we can create a self-conscious AI more powerful than the human mind itself. We are already taking help of AI in creating art and making things beyond our imagination or capability but it's always powered by human intervention,” he explains.

“What a machine can't do is 'feel'. It lacks empathy. So a combination of AI that generates ideas and a creative director who can shortlist and refine a plot, based on how it will make a person feel, based on his cultural and societal status, can easily work,” states Raghu Bhat, Director, Scarecrow M&C Saatchi.

FoxyMoron's Rishabh Khatter emphasises that it's hard to determine who to give credit to; the machine or the human intelligence that drew up an algorithm with intent for it to do so. “AI is an enabler, one that is being used to facilitate the creation of things like art, which is an ever expanding field for better ideas. Khatter maintains that the industry is slowly inviting new AI concepts that amalgamate data and creative. “Such as dynamic content engines with the predictive automation of A B testing at the media front, video content engines that pre-templatise and dish out quick stackable videos in volume with simple user inputs or new tools that ask the user to upload their video script or story boards to give it a performance factor or the dreaded 'virality' score after running it through a whole bunch trending geo-targeted parameters," he shares.

Ultimately, there is no doubt that the boundaries of AI’s roles in creative endeavours will definitely be pushed. It can definitely offer as a smart, efficient and inspiration assistant.

TV9 responds to allegations of ‘unusual’ ratings
18 hours ago