Too Yumm! to go mainstream with its latest offering 'Karare'

RP Sanjeev Goenka Group is expecting to clock in annualized revenue of Rs 10,000 crore from its FMCG business by June next year. “We are eyeing a ₹10,000-crore FMCG business over the next five years across three to five different categories. We are in discussions for acquisitions or we could come up with our brand,” said RP-SG-Group Chairman, Sanjiv Goenka at a recently-held press-conference on the launch of a new snack variant, Karare, under the Too Yumm! brand.

Approximately ₹500 crore has already been invested in the snacking segment. Goenka revealed that around ₹247 crore will go towards setting up a new manufacturing facility in Telangana. The group is also eyeing a manufacturing base in West Bengal.

Watch the video, or continue reading:

Conceptualised by Mullen Lintas, the opening scene of the TVC captures a lady walking into an airport lounge, where she notices Kohli also waiting and munching on a snack. She sits next to Kohli, and opens her own packet of fried snacks and starts eating it. Each describe the taste of the snack they are eating as tasty and crunchy, this makes the lady slightly curious. Putting the suspense to rest, Kohli finally reveals that his snack is the new Too Yumm! Karare, exactly like hers, but not fried and only baked. Did the brand just take a dig at Pepsico’s Kurkure? While the ad looks interesting, how does the brand plan to fetch this new offering the canvas of visibility? Anupam Bokey, VP Marketing (CMO) RP-SG FMCG, in a chat with exchange4media answered these questions.

Bokey said, ”We have established the Too Yumm proposition very clearly. Even in terms of brand equity, it has established itself as the number 2 brand. Our products were very differentiated and just required a little bit of explaining to the trade and the consumer. What we are experiencing from the market is that it’s not very difficult to sell. The consumers can well relate to it.”

The right mix- pricing and product

Bokey contended that after having done their metro-play very well, as the brand goes downstream, there are two things that are very important to them. The first one remains having more relevant and familiar products but yet baked, not fried, and that’s the isea behind Karare. The second aspect is that the brand is activating a low price-point of Rs 5. “More than 50% of the snacking-market is in the 5 rs packs segment and we don’t have a very active play in it. So with the right product and price-point, our expansion will be much faster than what it used to be. “

When we asked Bokey on how the communication will push the envelope, he said that the brand is very clearly aligned to the brand’s proposition of baked-not fried. Speaking about the recent ad he asserted, “Here we are just referencing the lead brand in this segment and providing an option which is healthier. So there’s a pricing-play, there is a taste-play and there is a communication which is far more head-on and we believe that all this will drive our distribution-expansion more actively.”

Going mainstream Bokey argued that since the brand is still fairly new and as reach is the objective as they’re expanding down-stream into lower-cost data, TV becomes a primary medium.” The way we use TV is to build awareness and give more information on the offering. We use the digital medium to drive more engagement on the brand. It’s a play of both but TV occupies 90% of it.”

He revealed that there is also a lot of in-movie integration happening. “There are various properties we are curating because digital is also very cluttered these days. If you just do digital to place your ad, you may not get much engagement. But if you weave it well within the content, then it’s a win-win,” Bokey reasoned.

He shared that the way the brand measures the efficacy of its digital campaigns is by not just going with the number of views but also how many people are engaging with the campaigns. “We have seen that versus our competitors, the engagement is three times higher.” Bokey hinted that digital content too is under production and will be aired from mid-December on-wards. “Because taste is a big-driver of it all and so is the familiarity of the product, we are trying to produce content on what you would consume in the past versus why you should try Karare.”

Bokey added, “We'll focus more on the top 50 towns because that’s where 2/3 of our sales come. The tier-II and III cities are also going to become very important. In terms of media-mix, you will see more of GEC channels because those are areas we haven’t touched upon in the past.” 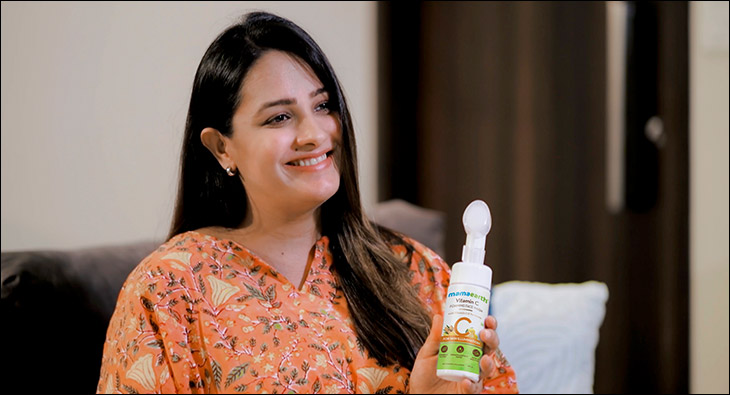 marketing 'BigBasket is a bully': DailyBasket fires salvo over ‘Basket’ feud
10 hours ago