“Total spends for the ongoing campaign will be upwards of Rs 25 crore. We have allocated Rs 100 crore for the year on advertising. While 70 per cent of the spends will go on ATL (above-the-line), 30 per cent will be BTL (below-the-line),” Sharma said.

The brand will be leveraging OTT platforms like Hotstar, Zee, YouTube and Facebook. It will be taking the influencer marketing route in a big way for the first time through Instagram, Twitter and Facebook. “We are also very large on OOH. The entire metro train has been decked up around the new communication for the last three years. It’s sort of a moving model for us. So it’s across media and 360 degrees for us,” Sharma said, sharing the brand’s aggressive marketing plans.

The brand’s recent campaign, conceptualised by Leo Burnett India, takes a humorous route to highlight how Anchor by Panasonic’s product offerings that feature the latest Japanese technology are designed to meet new India’s growing demand for new-age electrical appliances. Sharma revealed that the current campaign in terms of cost will be television-heavy. “We are going in for all genres and are not making it either sports-heavy or soap-heavy. So with TV we are tapping on different genres like Hindi GEC, Hindi movies, English news, movie channels, regional GECs and more. In terms of number of spots, it would be almost 15,000,” he shared.

Elaborating on the thought-process behind the positioning 'Naye India ke Badhte Load', Sharma said: "As a country our population is growing and so are our aspirations. We are getting more modern, more cosmopolitan. But this is leading to a disproportionate load on the electricals and wires category. The number of appliances in the house is going up - there is a refrigerator, a microwave, some are even getting a jacuzzi in the house. So the load is going up but the wires aren’t changing and people aren’t adding switch gear. So we are positioning our new brand communication as – India’s needs are growing. This is a new India. We are saying: “Naye India Ke Badhte Load Ke Liye.” That means it is something that will match the growing aspirations of growing India. So this will give them more safety, more aesthetics and more durability."

The brand will also be going full-throttle with ATL for the festive season. According to Sharma, brands must establish a connect between in-shop, out-of-home, newspapers and TV. “That is where the moment of truth is and where the customer is,” he hinted. The only medium the brand is giving a miss to will be radio. “Since it is a technical and electrical product, after the past two campaigns we realised that we aren’t getting a good response on radio and decided to give it a pass this time,” said Sharma.

By 2022, the brand is targeting to triple their sales and quadruple their profits. “If you look at our first two years, from Rs 235 crore we went to Rs 470 crore and from that we made it to Rs 615 crore of profit. So we are very much in line with regards to our profitability and sales,” he said. The sales grew by 16 per cent to Rs 3,600 crore in FY19 while profits grew at 32 per cent, Sharma added.

Furthermore, he acknowledged that this year the first two quarters have been extremely patchy for the industry. “So while we would like to grow at over 20 per cent, unfortunately our growth has been approximately 12-14 per cent. Nevertheless, growth and profitability are still there,” he remarked.

On plans of setting up another factory in Andhra Pradesh on a 35-acre plot, Sharma said: “The factory will be up and running in two years. We already have seven units, this is the eighth. India is growing very fast. Our average growth rate for the last 12 months has been upwards of 6 per cent. That growth is two times that of the US's 2.4 and four times that of any country in Europe. And no country in Europe in the last 50 years has grown two successive years at even 4 per cent,” Sharma expounded. 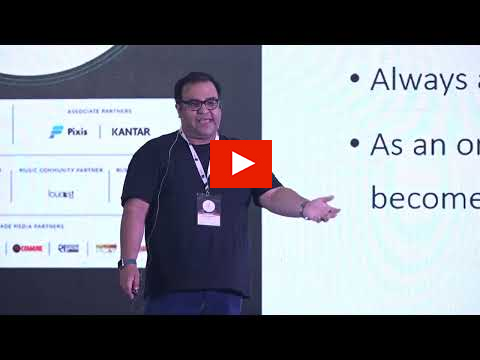 marketing Self evaluation is best way to move forward while building a brand: Utsav Malhotra
12 hours ago

marketing Conversational Marketing: Let’s talk about it
22 hours ago