Kaala, politics and so much more...Brand Rajinikanth continues to spin magic

With Kaala soon to release and the formation of a new political party in the works, the 67-year-old superstar is set to create more magic both on-screen and off

Shivaji Rao Gaekwad, whom the world popularly knows as Rajinikanth, is a shining example of the X factor in a star. Anything Rajini does, turns to gold. He is almost 68 but looks like he is in no mood to sit back and enjoy all the fame, respect and wealth he has amassed over his 40-year-long film career. If anything, Rajini looks like he is just getting started- his upcoming film Kaala and a political party of his own, are case in point. So what is it that keeps Brand Rajini ticking?

Rajeev Balakrishnan, Project Lead- PR & Communications, WarRoom Strategies, says, "Rajnikanth’s journey from a bus conductor to a superstar is inspirational to the common people. He succeeded in a big way, which no one has ever dreamt of. In my opinion Baashha was the movie that catapulted Rajinikanth into a different zone. Even after attaining a demigod status among the masses, Rajinikanth remained a humble person in real life.”

That unconventionality and Rajini go hand in hand is a well-known fact. Far from having any must-have traits that a film star possesses, Rajini was dark, slim and had no physical attributes of acting legends like MGR, Sivaji Ganeshan or Kamal Haasan when he entered the film world. In fact, even his debut film had him playing a villain in 1975 in K. Balachander's Tamil drama Apoorva Raagangal, and so began his acting career with a brief phase of portraying antagonistic characters in Tamil films. Further defying all logic that 'film stars' follow today, in his 43-year-old film career Rajini hasn’t endorsed any brands (except for one regional Cola brand at the beginning of his career, almost 40 years ago), yet he is among the highest paid actors in Asia. Over the years, Rajini has not only grown as an actor but has metamorphosed into a phenomenon and a one-man brand- be it the flipping of the jacket, tossing and lighting a cigarette, wearing glasses in a style only he could pull off or the dialogue delivery, everything the star did has had an element of uniqueness.

“Basically, Rajinikanth has created a niche for himself in the film industry, he introduced clever styles, be it the flicking of cigarettes or punch dialogues. The fact that he didn’t belong to the conventional heroes of the movie industry, common people could relate to Rajinikanth for his humble beginnings, this was his brand value,” says N Chandramouli, CEO, TRA Research, a brand analytics firm.

Even the costumes he wore were far ahead of his times. Some of his dialogues have attained cult status just due to the way he delivered it. No one but Rajini could say, 'See-eeviduven!" ((I'll lop off your head!) in the movie Murattu Kaalai, "Naan oru thadava sonna, nooru thadava sonna maadiri" (If I say something once, it's as though I've said it a hundred times) from Baashha, or even "En vazhi, thani vazhi" (My way is my own) in Padayappa. That he has clearly demarcated his reel life looks from his real life is another noteworthy factor.

“When Rajini portrayed larger than life heroes in reel life he made sure that he remained himself in real life. Even when his characters wore wigs and makeup and branded attire, he appeared in public sans any makeup and a bald head. When Rajini’s films fell short of market potentials and the high bids seemingly translated to heavy losses for the distributors. Rajinikanth himself repaid the losses suffered by the distributors,” adds Balakrishnan.

Rajinikanth’s movies are not just awaited by fans in Tamil Nadu, but he also has a strong fan base across India, Japan, South Africa, Sri Lanka and Malaysia. His 2005 release Chandramukhi was the highest grossing South Indian film in the US at the time of release. As promotional activity for Enthiran, in Coimbatore, the postal department printed 100,000 post cards advertising the film.

His movies rake in crores even before release. The 2007 movie Sivaji's television rights were sold for Rs 40 million to Kalaignar TV.
Even before release, 2.0’s satellite rights across all languages were bagged for Rs 110 crore by the Zee Network. 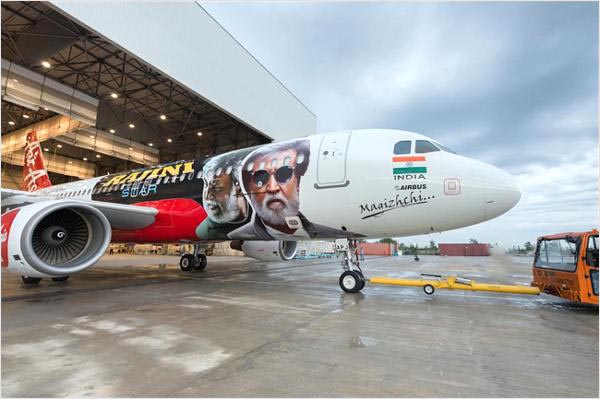 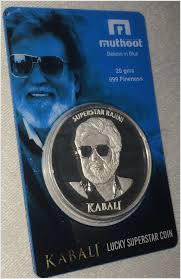 Around 10-15 brands were associated with Kabali. Muthoot Fincorp introduced Kabali silver coins and according to media reports, within a week coins worth 102 kgs were sold collecting around Rs 7.5 million for the company.
Air Asia has introduced a flight with Kabali Posters and has even run special offers for flights between Chennai, Bangkok and Kuala Lumpur (this is the air route the actor travels in the movie) Cadbury Five Star’s commercial with popular characters Ramesh-Suresh had some scenes from Kabali and ended with the tagline Superstar’s Five Star.

Rajinikanth has teamed up again with Kabali director Paa Ranjith for the upcoming film, Kaala which is expected to release on June 7. Cadbury Five Star has now come out with a commercial that has scenes from Kaala. 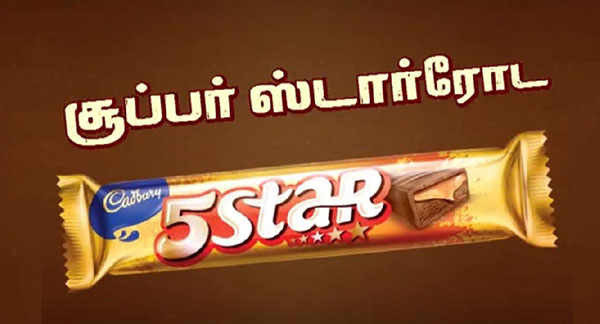 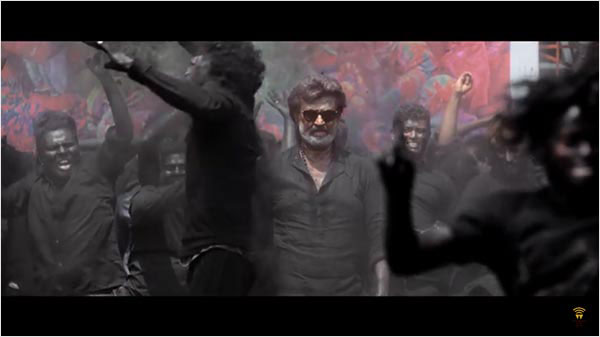 Airtel India has also signed a deal with Kaala and Havells India has teamed up to become the consumer durable partner for the film. The satellite rights of Kaala has reportedly been bought by the Star Group for Rs 75 crore.

On December 31, 2017, Rajinikanth announced his entry into politics. He said that he will form his own party and will contest in the 2021 state assembly elections in all 234 constituencies.
“Tamil Nadu has been highly welcoming of film stars into politics; MGR, M. Karunanidhi, J. Jayalalitha were successful as film stars and even politicians. Rajinikanth will for sure garner votes due to his huge fan base and for being the humble and down to earth person that he is,” says Chandramouli.

With Kaala soon to release and the formation of a new political party in the works, the 67-year-old superstar is set to create more magic both on-screen and off, and that is a given. It is Rajini after all!

We believe iD’s Coconut will disrupt the market & propel demand in India: PC Musthafa
5 hours ago

Why is Punjab one of the top markets for print media advertisers in North India?
5 hours ago

Reliance Industries consolidates its media and distribution businesses
5 hours ago

Our shows have tremendous brand support despite slowdown: Nina Elavia Jaipuria
5 hours ago

Radio poised to attract new advertisers across markets in 2020: Experts
5 hours ago

Why it’s showtime for digital movie marketing
5 hours ago

Cable Operators Welfare Federation to discuss NTO 2.0 with TRAI on Feb 13
1 week ago

60% of our growth should be organic; 40% from acquisitions or collaborations: Gour Gupta
23 hours ago