How a logo change can impact a brand's identity and fortunes?

From big corporate houses to new-age brands, a change in logo is not a new strategy. Even though a revamped logo might mean spending a lot of money due to the new design having to be reflected everywhere and there is huge risk involved in it, the attempt is to always to stay connected to consumers amidst what is a fiercely competitive environment.

Prominent e-commerce site Snapdeal recently unveiled its new brand identity where along with major brand repositioning, it has also changed its logo. It was done just ahead of the upcoming festive season and the on-going Diwali sale wars between several brands across the board. Snapdeal has done away with its blue and red logo, replacing it with a red box. More than Rs 200 crore has been invested by the company on this major rebranding exercise, as the brand focuses on its next phase of growth.

Commenting on whether a logo revamp can help change the fortunes of a brand, Harish Bijoor, brand-expert and founder, Harish Bijoor Consults, said, “Yes, it does. Brand logo changes make the brand contemporary and in sync with the new set of consumers who seem to be always seeking out the new in the old. It can help keep the brand in the limelight of today rather than let it only bask in the glory of yesterday.”

Handset manufacturers Gionee and Micromax too changed their logo during the IPL tournament earlier this year where they were also the major sponsors. Some of the other notable brands that have gone in for a logo revamp this year are Tata Sky, Aditya Birla Group, Truecaller and Channel V. In 2015, we saw Flipkart rebranding itself several times with a new logo change. Also PayU Money spent about Rs 66 crore to bifurcate the two brands PayU Money and PayU Biz through two different logos.

We spoke to some advertising and brand experts in order to understand what factors should be kept in mind before a brand’s logo is decided to be changed, how it helps a company, instances where consumers haven’t accepted the change easily and how to make them feel connected with also being in line with the brand’s core strategy and principle.

How does logo revamp help a brand?

Santosh Padhi, co-founder and Chief Creative Officer, Taproot Dentsu, said, “Sometimes, the personality of the brand has changed and the current logo might be irrelevant to the TG. It is then that brands decide to work on their logo because it gets exposed in millions of places, right from visiting card to the biggest hoardings in town. So if your logo doesn’t have a personality in today’s age and day when everything is so competitive, you might end up losing the mind-space of the consumers.”

He says that sometimes logo revamp is an evolutionary process and also that a logo is what differentiates one brand from another in a cluttered market like India. “Start-ups sometimes don’t realise that they may becoming big one day, so initially many end up neglecting the potential of a good logo. But when the brand becomes a ‘brand’ and with the investors’ money coming in, they later decide to work on the logo to connect well with the consumers. For instance, during Diwali, there will be five e-commerce brands who will be advertising but the creatives look almost the same because it will be only about the deals (offered), so if the logo of a brand is not powerful enough, the brand will not register in the minds of the consumers,” he added.

KV Sridhar, Chief Creative Officer, Sapient Nitro, said, “Changing the logo of a brand totally depends on the type of brand. Some might want to reboot and have a fresher look, like Uber, True Caller and Snapdeal. A lot of the modern companies want to do it because they want to pump in a lot of energy in the market. However, the old brands are scared of experimenting due the fear of losing franchise and affinity. With the rise in spurious products, consumers might hesitate to accept (the product or service) or may lose connect with the new logo. In such cases, brands keep close to the familiarity factor and prefer to make minor changes, so as not to offend people easily or even break their long-standing trust with the company.”

According to Kishore Karumbaiah, CCO and Partner, Langoor, logos are to brands what tattoos are to anyone of us. Once you’re inked, it’s a painful and risky process to get it off or cover it up. The same goes with logos and that’s why established brands don’t change their logos often. There’s a lot at stake. And even if the logo were to be changed, the process involves a lot of planning, research and foresight. For instance, after six years, Snapdeal recently unveiled a new logo and changed the brand proposition to ‘Unbox Zindagi’. This comes at a time when they have been slipping down considerably compared to their competitors. So, it makes sense to come back in a new avatar, in a new suit of armour, with a fresh promise and attack the market like a new brand.

Is the change always noticeable for consumers?

Karumbaiah added, “Some brands make very subtle changes which are not really noticeable whereas some brands go all out and come back with a brand new look. It takes a while to digest the new look especially if the consumer is loyal. It sure does take time to connect.”

Hayden Scott, Creative Director, Famous Innovations, feels that sometimes the change can be a minor tweak but consumers do connect with it because they are interacting and communicating with the brand on a daily basis.

When can it backfire?

There have been instances when getting in a new logo has backfired. When Air India changed its logo and removed the Maharaja, it was not accepted easily by the customers and there was a lot of hue and cry. Popular clothing brand Gap also had to resort back to its original logo which had been there for more than 40 years, after a lot of Facebook and Twitter protests. Sridhar said, “This may happen sometimes if the affinity of the brand is too strong with the audience. At the end of the day, brands have to bow down to what consumers want.”

Karumbaiah said, “A brand’s logo is sacred. When you take the chance of changing it, you never know where you’re going to end up. You might think you’ve hit the jackpot but your customers might think otherwise. That’s a risk but it is also a brand’s greatest learning experience. Sometimes it’s difficult to get the logo and positioning right the first time, that's when most brands dive right in to undergo a transformation. However, even then, they’re not sure if everyone is going to warm up to that change. If a re-branding exercise fails, that’s a lot of marketing budget wasted and this might snowball into people shying away from the brand thus affecting sales.”

Factors which need to be kept in mind before changing the logo:

Scott said, “One needs to ask themselves these questions before deciding a logo revamp- Do you really need a logo change? What stage in its life cycle is your brand in? If its well-established then do you really need to rock the apple cart? And what do you stand to gain by getting a logo change? If a brand is entering a new phase in its life then maybe a logo change is necessary. If it's been stagnating for a while, a mere logo change won't do a thing, you need a complete brand overhaul. In that case a logo change is just one part of it. A new logo is a huge commitment, one that needs to be approved and liked by all stakeholders that too before going live.”

Bijoor points out that while changing a logo, it is important to remember that the logo has to be driven by the brand’s strategy rather than the other way round. “When you invest in logo change, be sure to invest in brand strategy much before that. If brand-strategy can dictate logo changes, the guarantee of success is much higher than just mere tinkering with the font, colour and tagline. In my company, we do not do logos at all. Instead, we build brand strategy that leads to the logo at times,” he said.

That a lot of decision making is involved before it is decided that a brand’s logo needs to be changed is a given as it is what a brand is first known and identified by. Also it is important to observe how people interact with your brand in order to identify signs of whether you need a minor tweak in the existing logo or a complete brand overhaul. 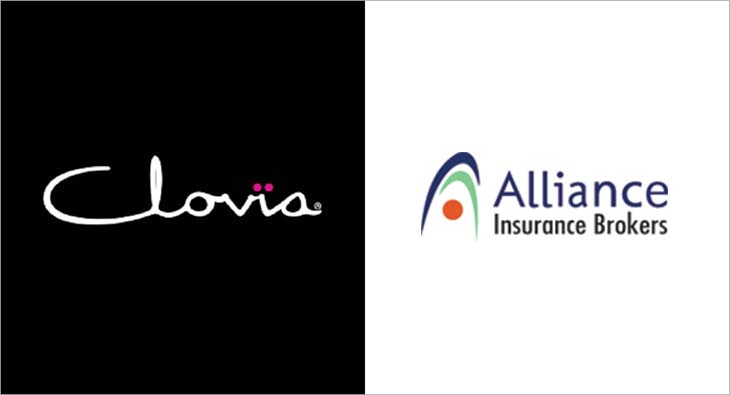