The debut of exchange4media Conclave South concluded in Bengaluru on December 1. This event was the extended version of exchange4media’s flagship property, the exchange4media Conclave. Hemant Malik, Divisional Chief Executive Food Division of ITC, was the keynote speaker while CVL Srinivas, Country Manager – WPP & CEO – GroupM South Asia, who was recently conferred with the exchange4media Influencer of the Year award at the group’s event in Mumbai, Mathew Chandy, MD of Duroflex and Shashi Sinha, CEO of IPG Mediabrands India, were some standalone speakers at the event.
The event was graced by renowned media and marketing personalities who delivered addresses on the theme of Making Brands Purposeful.

Hemant Malik, in the first edition of the South Conclave, spoke around the umbrella theme 'The Long Game: Being Future Ready'. He spoke on the question that most people who are into hardcore branding ask, ‘Has India opened up to the world of investment led growth with GST and Digital India initiatives?’ While sharing anecdotes from the brand he has been associated with after completing his MBA from the Indian Institute of Management Calcutta, he spoke about the way an FMCG brand such as ITC has given back to society just as much the society gave to the brand. He spoke of the various initiatives through which agriculturists and nature itself has benefited from ITC. This was followed by a fireside chat of this eminent speaker with moderator Pradeep Dwivedi, CEO of Sakal Media, on investment led growth in India after GST and digital initiatives.

The next speaker was CVL Srinivas, who spoke around the umbrella theme of 'Rewiring the Marketing Value Chain to Build Purposeful Brands'. He spoke on the lines of ‘In the age of super specialisation, as brands aim to be purposeful, what can agencies and brand owners do to create stronger brands’. Srinivas gave his learnings on creating purposeful brands as he said, “Simplify, integrate and treat brand building as a long term investment.”

This was followed by a panel discussion who spoke the ‘Purpose’ language discussed about how  a good purpose must be communicated aptly to the right audience, through effective tools such as content marketing and the likes. It was moderated by Mohit Joshi, MD of Havas Media Group India, with Amit Gupta, CEO of Asianet News Media & Entertainment, Meera Iyer, Marketing Head of Big Basket, Narayan Raja, Director & Senior VP – Sales & Marketing of Toyota Kirloskar, Suparna Mitra, CMO of Titan (Watches & Accessories Division) and Vineet Sehgal, CMO of Quikr and Pallavi Chopra, Head of Marketing at RedBus.in joining in as panellists. They all agreed that purposeful branding is not just about advertising. It is something far beyond that.

Another highlight of the event was the leader address by Mathew Chandy, MD of Duroflex, who explained how the  mattress industry is now turning to some interesting ways to market themselves.
Shashi Sinha – CEO of IPG Mediabrands India, spoke widely about 'Humanising Brands: Make them believe'. He spoke about ‘When consumers know what you stand for, they find it easier to agree, disagree or communicate, how can brands emote to create believers’. He spoke about the brand Amul and gave examples through the various advertisements and initiatives of the brand that must have set brilliant examples for others to follow.

There was also a partner address by Hitesh Bhagia – Head – Express Studio, Indian Express, who spoke about ‘Should brands focus on changing the world or the stakeholder fortune?’

Another panel discussion touched upon the experience economy where the panellists spoke about ‘As companies compete to provide the best experiences, how, can marketing evolve to the role of the orchestrator that brings in an efficient and effective way.' The session was moderated by Ramesh Jude Thomas, President & Chief Knowledge Officer of Equitor Value Advisory, with Samar Singh Sheikhawat, Senior VP – Marketing of UB Group, Santhosh NS, Head marketing of Fujitsu India, Sujith Sudhakaran, Sr Director – Brand Marketing of Myntra, Sushant Sreeram, Marketing Head of Xiaomi India joining in as panellists.

Some key takeaways from this session were that companies need to re-structure themselves. Customers are increasingly looking out for validating their experience and are no more loyal to brands. It is the brands who need to be increasingly loyal to customers. Also, customer experiences are not just about ratings but it is very critical to go deeper and find out how is the experience being measured by customers.

The final session was the fireside chat with Rahul Agarwal – CEO & MD of Lenovo India. Moderating this session was Vasuta Agarwal, VP & GM, InMobi India, who kick-started this last session of the evening on a light note by clarifying that they are not related to each other. The official vote of thanks was given by Nawal Ahuja, Director of exchange4media group.

Members of the audience took to Twitter to share their thoughts on the event and speaker-statements that were relevant to them. They used the hashtag #e4mSOUTHConclave with each post or tweet through their respective social media handles.

When you take a step, we all move, says Levi’s’ new campaign with Deepika Padukone
7 hours ago 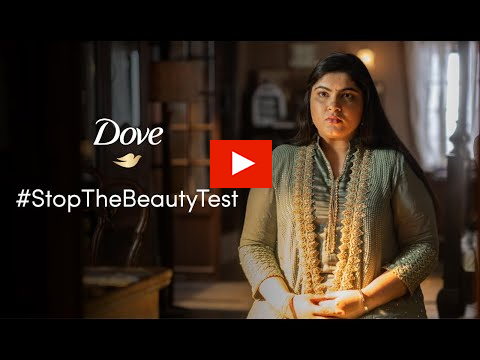