Data over money - What Mastercard development tells us

The rise of national payment networks and the rapid scale up of ubiquitous tech options point to a rapidly changing regulatory and competitive landscape. The walls will go up higher as sovereign entities, independent institutions and large corporations all move to protect their data interests.

This is not something that is unique to India. The pipelines of world monetary flows are being tapped and metered and the valves are being fitted in by sovereign authorities. The ban of MasterCard is only a small glimpse of the obvious future. Understandably, the RBI does not want data from India to be placed anywhere outside India, though it is ok with data being shared abroad for processing and subsequent deletion. Payments data is about economic, monetary and banking health. It is about your and my money and account status. It needs to be protected, sensibly. The guardrails need to be clear and evolving. Regulation will chase technology at a lag. But it must endeavour to do so relentlessly.

MasterCard reportedly made a large investment for a data center in Pune and had been arguing that data mirroring helps in the detection of fraudulent transaction trends and that if Indian data is not used for this purpose, their detection systems won’t be able to detect frauds effectively in India either. They contended that in order to localize data storage, they need to decouple local data from their main servers and that this increases costs and consumes months of time and effort. The RBI, after due evaluation, passed the orders that it did. The MasterCard logic was not admitted. Visa on the other hand was happy to comply with localization norms much earlier.

I was marketing director for Visa for South Asia between 2011 and 2014, and shaped it through some interesting times. Stakeholder engagement was a key priority be it consumers, issuers, regulatory bodies, or opinion builders at large. When the NPCI was born I was very much the Marketing person responsible for Visa. I also pioneered the very first ‘debit card usage online’ campaign called ‘Dream to Advance’. The entire thrust was to ensure that Visa is transparently seeing as a force for good. My effort was to explain and evidence that Indian businesses, financial institutions and the larger nation-building task of financial inclusion were aided by participation from the world’s leading payment network. I also led the ‘go to market’ work for a USSD based mobile platform as a JV with Monitise plc. I was also involved in a large effort with Mr. Nandan Nilekeni’s pioneering work with UIDAI to extend financial inclusion by expanding biometric-based account creations with every corner store set up as a potential banking correspondent. Many of these projects did not see the light of day but the underlining fact was, India was important and those who do business in India must put Indian interest first.

Now, the MasterCard issue has some direct repercussions - some credit card providers like RBL Bank, Yes Bank, Bajaj Finserv and Flipkart-Axis had their entire credit card business on the MasterCard network and are almost entirely sure to face business losses since credit cards are an extremely profitable offering for any lender. The only respite to them will come in the form of a tie up with Visa which will still take 8 or 10 weeks at the earliest.

But these are relatively minor consequences and adjustments when looking at the overall industry.

While the RBI was busy punishing Diners, Amex and Mastercard for non-compliance with Indian domestic data storage norms, there were fintech startups raising record amounts of money ($34B in this year alone) globally and guess what is at the core of their business model? Data.

Paypal and Stripe are payment platforms and are valued at $310B and $95B respectively. Swedish ‘Buy Now, Pay Later’ startup Klarna is valued at $46B while Indonesia’s Grab is valued at $40B. RazorPay and Paytm are some of the leading Indian startups in this space, though their value is not nearly as high as what some of the foreign companies command.

Fintech players like UPI have already led to an increasing democratization of payments (it has been fast replacing Debit cards and net banking transactions). Now, with no new debit or credit cards from Mastercard, UPI looks to be the biggest beneficiary, even more so than any other credit or debit card network provider!

Such homegrown and government-backed payment networks are more common than you might imagine. Rupay and UPI networks in India and China Union Pay in China are the largest in terms of users, card base, potential volumes and eventually, cross border implications. The Chinese and US governments are also experimenting with their own digital currencies which are designed to offer a whole host of more features compared to the currency in circulation.

It seems governments across the world are now waking up to the rising importance of payments and data in general and would like to exert as much control as possible. They feel that this oversight is required for better law enforcement and to prevent any foreign surveillance on their citizens. Also, data breaches have made the regulators more skeptical. Russian, Chinese, Indian, Indonesian governments are insisting on domestic storage for data pertaining to their citizens.

The entire fintech industry is exploding with solutions coming from all parts of the globe. There are new-age payment networks, payroll management systems, e-commerce portals, taxi hailing services turned lenders, wealth management platforms, insurance providers, etc. All of this is centered on user convenience and seamless experience which is made possible using data and consumers are better off while using these services. These services are especially beneficial to emerging markets as banks don’t or can’t provide services to everyone.

Data growth is only getting started and more frequent data will be generated from all walks of life as we progress further and as technology makes more inroads into our lives. Fintech players and NBFCs make up more than half of the overall financial assets worldwide now. As against the established global duopoly of Visa and Mastercard, today, there are a lot of NBFCs and fintech providers that are working on making transactions and experience seamless while being more profitable than traditional banks! The core difference between these businesses is that while banks play with money first, fintech first plays with data. This tells us about the rapid adoption of technology to service consumer needs everywhere and data is at the core of it all.

We would probably be better off by not trapping this data in silos and rather having mutually beneficial data transmission through trust-based partnerships. More advanced use cases will keep evolving and everyone would be benefitted from the flow of this data.

Our ecosystem for payments in India must evolve in a manner that’s productively propelled, not retarded, by the localization requirements. There is a tsunami of positive change at the doorstep of consumers as well as regulators across the globe and we should welcome it and participate in it. 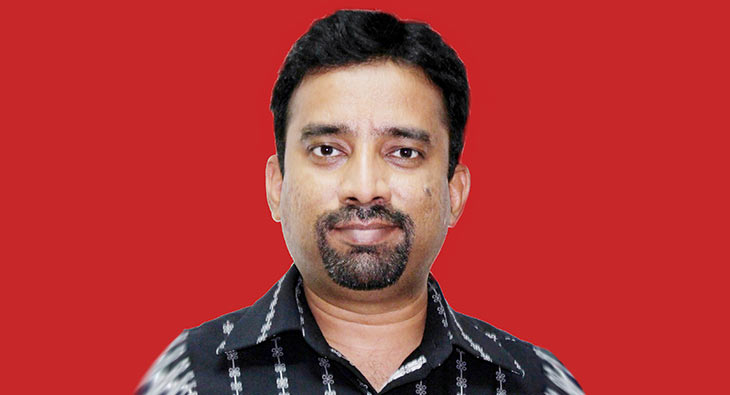 marketing ‘Playing T20s is a part of my weekly routine, personally excited for the T20 World Cup’
4 hours ago