As a brand, you need to be where the consumers are: Kapil Grover, Domino’s India

Domino’s Pizza is one of the leaders in the franchise pizza segment in the country. The brand has always been committed to offering innovative products and new experiences to its customers. In this bid, against the backdrop of the ongoing cricket season, the brand has launched ten new pizzas inspired by most popular flavours in top five cricketing territories.

Cricketing season presents an excellent opportunity for high decibel engagement with customers resonating with their sporting sentiments. To create consumer engagement for the new launches, Domino’s has rolled out a new campaign called ‘World Pizza League’. The campaign rides on the current cricketing fever that has enveloped the entire country and will have a 360-degree approach that includes TV, Print and Digital Media.

The new flavorful pizzas have been inspired by the most popular flavors from five different places- India, South Africa, England, West Indies and Australia, which also happen to be amongst the most popular cricket teams across the world. The latest offerings are available in five non-veg and five veg pizza varieties, starting at attractive pricing of INR 139 (each) under the 'Everyday Value' offer. ‘The objective of this campaign was very simple, we wanted to be innovative with our consumers. So, our consumers have seen a lot of good work in the last couple of years including an all-new Dominos. We have improved our products significantly, and we have launched Everyday Value. This one was about giving new innovation to pizzas. We wanted to bring the best of flavors from across the world; we linked it to cricket which is a big season of cricket, IPL followed by ICC World Cup. We wanted to connect youth passion for cricket and their love for Domino's,’ said Kapil Grover, CMO, Domino’s Pizza.

The brand has even associated with Royal Challengers Bangalore as its official pizza partner. ‘As a brand, you need to be where the consumers are. Cricket is a big youth passion and IPL is one of the biggest festivals in the world. So, it was inevitable that we partner with IPL to be able to raise awareness about this campaign. And, we built the campaign with a cricket theme to make sure that we connect natively through the platform of cricket,” said Grover.

He also mentions that the new flavours are the brand's response to the modern consumer's demand for "variety and innovation". "Today, consumers are more aware, evolved and exposed. They expect brands to reflect the same inventiveness in products. Millennials trust us for the value for money that we give," Grover says.

The brand’s recently launched TVC shows pizzas being delivered to a man who is sitting on a couch in the middle of a stadium. Grover shares the idea behind it, ‘Here, we have used the metaphor of a stadium to depict the fervour and competitiveness akin to cricket. In the end, the man reaches for his champion, which is his favourite pizza. The film signs-off with the message – Choose Your Champion.’

For the second leg, Domino's Pizza has bolstered the campaign with some star power through its association with Royal Challengers Bangalore as the official pizza partner. The two TVCs featuring Virat Kohli, AB De Villiers, Yuzvendra Chahal, Shimron Hetmyer and Parthiv Patel urged people to choose their champion, in a tongue-in-cheek manner.

Later in the conversation, Grover spoke about Domino’s Pizza’s innovation-centric approach in the product as well as delivery. ‘Innovation is going to be a big part of the strategy. We have done a lot of innovation in the past including cheese burst pizza and lava cake which are big consumer favourites. We will continue to drive that in the future.”

He added, ‘Delivery is our primary source of strength; we deliver across over 250 cities from over 1200 outlets. One of the largest and most readily available networks of good-quality trusted food in India. We have been doing that for the last two decades. We deliver not just at home and offices, but also in trains. We deliver to over 150 stations in partnership with IRCTC. And we have received a lot of positive feedback.’

When asked about the brand’s marketing approach, Grover shared, “This year, we will stay focused on our co-propositions; one is obviously pizza and innovation on pizza. We have another stream of innovation coming up; we will also focus on delivery. We will continue to upgrade our product experience and delivery experience.”

India has transformed itself as a mobile-first consumer economy: InMobi report
50 minutes ago

Agency leaders should get out of the board room & make human connections: Per Pedersen
7 hours ago

South Asia will become the epicentre of middle-class growth in 10 yrs: Kent Wertime
7 hours ago 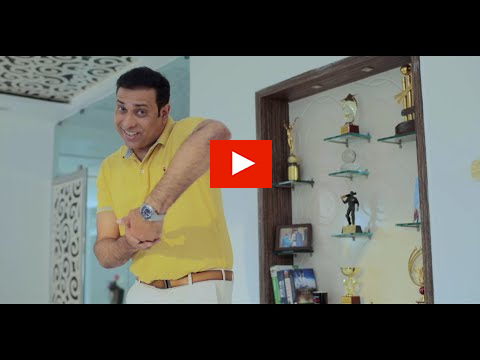 marketing South Asia will become the epicentre of middle-class growth in 10 yrs: Kent Wertime
7 hours ago