With consumer sentiment improving and businesses seeing recovery, brands are looking to invest in high impact properties like the IPL to fuel their growth plans for the upcoming festive season

With the festive season almost set to begin and with the comeback of the IPL on the 19th of September, marketers and consumers are looking forward to a more buoyant second half of 2021. As per a recent CII survey, 49% of the polled CEOs expect consumer demand to be better in the latter half of this year, perhaps even more than in 2020.The growing economic resurgence is also evident from the kind of growth brands across categories are seeing in sales volumes and resurgence. Call it retail therapy or revenge buying, but consumers are showing signs of pent up demand and are spending again. Case in point – retail brand Vijay Sales has reported a growth of 10%-15% post the unlock compared to last year.

Rahul Vira, CEO, Skechers South Asia puts the growing demand in perspective when he notes, “Consumers have been stuck at home for the last few months and now as things are getting a bit better, they would also like to get some retail therapy. That’s why we have plans to open more stores later this year, so consumers can come in and enjoy the retail experience in our stores. Post the second wave, we are seeing a notable number of consumers walking in even on weekdays, in those markets that have weekend restrictions. It is clear consumers want to shop and that is a good sign for us,” says Vira. The return of positive consumer sentiment also means that brands are advertising once again, as is apparent from BARC’s latest data. As per BARC, there has been a 6% growth in ad volumes, even higher when compared with 2019. A total of 1839 advertisers and 3074 brands have advertised on television in June this year, indicative of a positive outlook all around.

TV and cricket: an unbeatable proposition

The pandemic has definitely brought about dramatic changes in consumer behaviour, the key one being a greater adoption of e-commerce, online shopping and browsing. Kantar’s latest report indicates that 84% of Indian consumers plan to maintain or increase future online purchases. There is also a growing emphasis on trusted brands, high quality products and brand loyalty especially post the second wave, which means advertisers will need to be present more than ever on high impact mediums and forge a stronger connection with consumers. This is particularly in the context of the increasing search traffic of brands online. For brands looking to achieve immense reach in order to support top of the funnel metrics like awareness and brand consideration in the purchase cycle, TV advertising is the way to go. Advertising legend, Les Binet, the Head of Effectiveness at DDB UK, has stated that 90% of marketing effectiveness is explained by the reach of a campaign even at a time when marketers have been obsessed with fine targeting. And what better way to gain that massive reach than through the use of quality properties on TV!

Brands looking to drive a noteworthy impact on TV in a shorter span of time would do well to particularly capitalise on the power of cricket. Over the years, big ticket cricket properties like the IPL, World Cup and T20 World Cup have demonstrated their effectiveness in brand building and in scaling up reach in a cricket-crazy nation.

With the markets opening up and consumer sentiment improving, advertisers will want to get in on the cricket frenzy as the IPL makes its comeback on September 19 this year. As per industry reports, the first phase of the Vivo IPL 2021 achieved a cumulative TVR 40% higher than the top four GECs in the country combined, testament to the impact of the property. A host of advertisers has leveraged the tournament’s massive popularity over the years, achieving results in both brand building and reach. The fact that the tournament will coincide with the festive months once again is an added bonus, since brands will gain more from their festive campaigns. It is interesting to note that the IPL in fact coincided with the festive season last year, and played a major role in aiding the media and advertising sector’s revival post the first lockdown. Ajay Gupte, CEO – South Asia, Wavemaker in an interview to exchange4media earlier this year noted that the industry saw a good October to December quarter in 2020 largely on the back of IPL, which also coincided with the festive season. “Our estimates are that the last quarter of 2020 was actually very close to the 2019 numbers, on account of the IPL coming in during the festive months. That’s as close to recovery as you can get.”

The upcoming phase 2 of IPL is slated to be an interesting and unique event. Typically, the 60-day tournament sees a mid-season dip in excitement before it picks up again in the final stretch. Phase 2 of this season will see 31 matches happen in just over four weeks, and considering the points table at the moment, every match of the league now will have important implications for the playoffs. This could make for a sustained buzz and intense following by viewers. The opening match in phase 2 announced will have famed rivals Mumbai Indians and Chennai Super Kings face each other. Like any opening match, this is expected to draw a big initial audience, which will also drive massive reach for brands. The tournament final has been scheduled for October 15, which is a holiday on account of Dussehra, thereby setting the fixture up for great excitement and massive viewership. In summary, phase 2 of the IPL with its short intense format, could potentially captivate the entire nation as viewers root for their favourite teams.

Last year’s IPL saw several new advertisers associate with the TV broadcast and become household names in the span of a few months with massive traction for their respective business across categories. Whether it was ed-tech brands likeByju’s and upGrad or gaming brands like Dream11 and Gamezy, music app brands like Spotify or Fin-tech brands like CRED,  the 2020 season became the platform for many new-age brands to reach mass audiences. Other prominent brands across categories like finance, FMCG, auto and many others that also enjoyed positive brand outcomes from last year’s IPL season included HDFC Bank, Indigo Paints, CEAT and Fortune Atta. This time too, advertisers like Coca Cola, Dream11, AMFI, Mondelez and many more are gearing up for the return of Vivo IPL next month.

Mimi Deb, SVP, Media Planning, Zenith too notes that the IPL was perhaps the most significant event of 2020, seeing massive TV viewership as people stayed indoors and preferred viewing the games on their big screens. With the second phase of the tournament beginning around the festive season, Deb expects to see fantastic viewership this time too. “We will have a full cricketing calendar starting with IPL, and advertisers are betting big as it all coincides with the festive months. The expectation will be to recover lost ground as much as possible,” Deb remarks.

The 2020 edition of the IPL registered a staggering live reach of 405 million, while the combined reach of GECs was 350 million around the time. Last year even the top impact GEC dropped ratings by up to 45 % while IPL was on, testifying that IPL dominates prime time screens like no other.

As India posts a steady recovery from the pandemic, consumers will be looking forward to what promises to be a cricket-packed festive season, with the T20 World Cup lined up right after the IPL. Advertisers are clearly gearing up to get the most out of this winning combination of the festive season and India’s biggest cricketing carnival.

All our campaigns hold a healthy mix of digital & print media: Damyant Singh Khanoria
6 hours ago 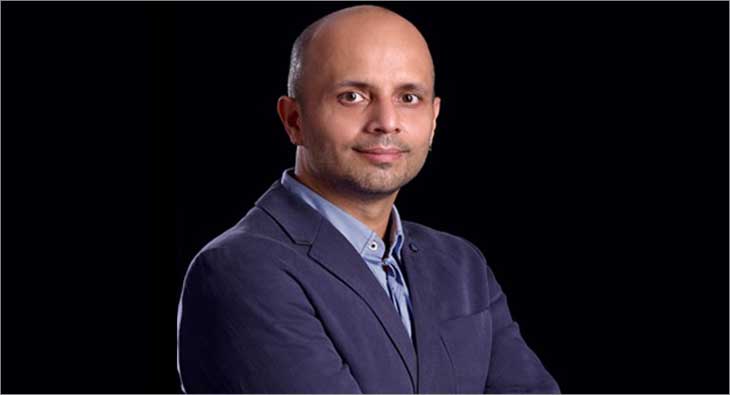