'With IPL association, our Net Promoter Score reached the next level'

Vivek Srivatsa, Head - Marketing, Tata Motors, shared that their flagship all new Safari has been receiving great traction and IPL would be a perfect platform to further boost its brand awareness

Continuing its association with the Board of Control for Cricket in India (BCCI) for the fourth consecutive year, Tata Motors on Tuesday said its flagship SUV Safari will be the official partner for the VIVO Indian Premier League (IPL) 2021.

The company is looking forward to leveraging this prestigious platform to showcase and drive engagement for the recently launched all-new Safari in the ongoing season. On the same, Vivek Srivatsa, Head – Marketing, Passenger Vehicle Business Unit, Tata Motors in conversation with exchange4media spilled the beans on why it is bullish on its association with the cricketing extravaganza, its big engagement plans, ROI from its partnership with IPL, and more.

Why is Tata Motors bullish on IPL yet again after the last edition? How do you see all these activities benefiting the category?

Sports has always been an integral part of the Tata way of life and this association reiterates our commitment towards furthering the cause of Indian sport. We have in the past partnered with various sporting events and this association with IPL is carrying forward the same legacy.

While sports marketing took a big hit in 2020 with no on-ground events, the return of IPL had opened the doors wide for the brands to engage with the audience on air and online. It was one of the biggest sporting events last year and it proved to be a very effective and a large-scale platform to amplify the visibility of the product Altroz, launched in January 2020. Driving tremendous value from the association, Altroz saw the highest sales during the period Sep-Oct, with sales growth of 13.45% on a month-on-month basis during October 2020, along with our Google search index score doubling during the IPL campaign. Tata Motors has been consistently growing on the Net Promoter Score (NPS) front as well, but with the IPL association, this growth reached the next level. Our NPS score grew from Rank 7 to Rank 3 jumping up 4 positions and IPL was one of the key triggers. Enquiries, bookings and web visits have consistently gone up for all our New Forever range of products post our IPL TV campaign.

Keeping the same in mind, we are thrilled to be continuing our association with India’s biggest T20 league, the Indian Premier League, for the fourth consecutive year with the all-new Safari. Our latest flagship, the all new Safari, has been receiving great traction, and to further boost its brand awareness, IPL would be a perfect platform that cuts across segments in India.

Has the brand bought inventory on Hotstar as well as TV?

As many consumers might not be able to be at stadiums, how is the brand engaging with them through the digital space? Could you share some innovative branding/marketing strategies that we will witness as we go forward?

The Safari has a very strong proposition of ‘Reclaim Your Life’. This tag line coupled with a very crisp and clear ad messaging leads to a high amount of visual appeal, and recall. On-air and digital engagement will be the focus this year. We are working on innovative plans to garner the viewers’ attention, as they tune in from across the world to support their teams. This will be done through associations and contests to drive online engagement.

For on-air, we have a lot of in-stadia branding, in addition to the car display across stadiums in Chennai, Mumbai, Delhi, Bangalore, Kolkata and Ahmedabad, which is being telecast on air during the matches.

Safari is also being spoken about during the matches in between overs by on-air commentators. Similar to past years, the IPL matches will play host to the exciting Super Striker Awards – the player with the highest strike rate of the match will take home the much sought-after Super Striker Trophy along with a prize of INR 1,00,000. The batsman with the highest strike rate of the tournament drives home the all new Safari.

On digital, the key communication theme is #ReclaimYourLife #ReclaimYourThrill. With this campaign, we want to get the fans closer to the game they love so dearly and bring back the thrill for the game in their lives.

Physical trophy tours used to take place in the pre-covid seasons. However, taking into consideration the current scenario, we have created an online moment by leveraging Insta stories to allow fans to create a virtual trophy tour through user-generated content

Iconic moments from the current and previous IPL seasons will be shared on a weekly basis with the audience. The participants are expected the emulate funny responses of these moments using Insta Remix in the reel format. Weekly winners will be announced for the same

This contest will be amplified by the content push from certain influencers as well, who will put up their entries on their respective social media handles.

In addition to the above, we have campaign-specific daily engagement posts being disseminated on our social media handles.

Furthermore, we are also launching TVCs which will go live in phases on our youtube channel, Disney+ Hotstar and Star properties on television.

What has been the ROI from your association with IPL in the past?

IPL has been one of the best platforms for brands to promote their products. In the first year of association with the IPL itself, Tata Motors' experience was extremely satisfying, both in terms of the return on the business performance of the Nexon as well as the relationship we forged with the BCCI. Nexon, soon after the IPL association, firmly cemented its place as No.2 in the compact SUV category.

Similarly, in 2019, the Harrier reached its 10,000-customer mark, in which the IPL was once again a catalyst. Driving tremendous value from the association last year, Altroz saw the highest sales during the period September-October, with sales growth of 13.45% on a month-on-month during October 2020, along with the Google search index doubling during the IPL campaign. 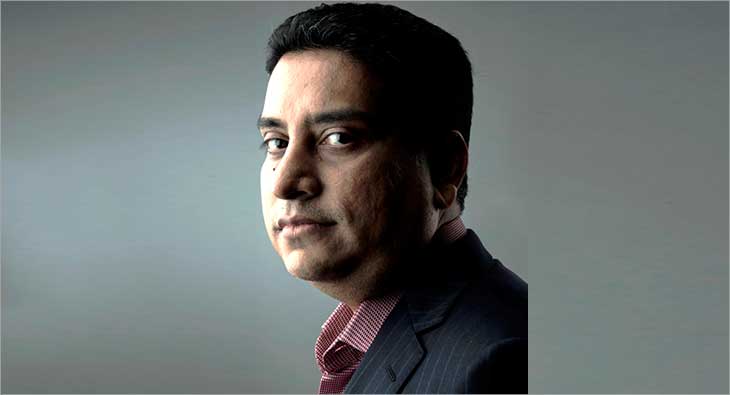