In the online world data is crucial for businesses looking to target consumers at the right place, right time and for the right product. The digital era has helped targeted advertising become an important tool for advertisers but at the cost of being too intrusive. Thus, it is no wonder that user privacy has become a hotly debated topic. And with a good reason too.

Access to personal information based on a user’s digital footprint is mind boggling and the need for regulation, checks and balances is growing louder with every passing year. Companies like Google and Facebook often find themselves in the eye of the storm over privacy concerns.

Under pressure from regulators and the public alike, some major strides have been taken in the direction of user privacy. Tech companies and social media platforms have made some major announcements in the past few months that speak of putting control of data back into the hands of the users. Facebook rolled out the ‘Off-Facebook Activity’ feature, which gives users control over the information used by third-party apps. Facebook CEO Mark Zuckerberg said in his official communication: “One of our main goals for the next decade is to build much stronger privacy protections for everyone on Facebook. We know we have a lot of work to do here, which is why this is such a priority for our teams and for me personally.”

To ensure privacy for children on its platform, YouTube has announced changes to its policies in compliance with the Children’s Online Privacy Protection Act (COPPA). These new rules have been set around content marked as ‘made for kids’. Features like personalised advertising, super chat, comments, live chat or the notification bell will no longer be allowed on content made for kids.

Google has also announced its plans to end support to third-party cookies in Chrome. The goal is to make the web browsing experience more private and secure for users. However, this implementation will happen by 2022. Justin Schuh, Director, Chrome Engineering, said in a blog post: “Users are demanding greater privacy — including transparency, choice and control over how their data is used — and it’s clear the web ecosystem needs to evolve to meet these increasing demands.”

Instagram, too, plans to hide the Like feature on the platform and has been testing it globally. While this may not directly relate to data privacy, it is being done to ensure that the platform is free from superficiality in order to protect its young users. However, the ‘Like’ also has another function - in the world of influencer marketing it is a tool for brands to measure engagement or success of a campaign.

Therefore, all the browsing on the web or time spent on social media leads to mapping of preferences, likes and habits, which so far has been a gold mine for advertisers.

How will this self-regulation by tech giants themselves impact advertising?

Industry experts believe an increased emphasis on privacy will, in fact, help advertising evolve and at the same time respect consumer boundaries. Elaborating on the recent developments, Shray Choudhary, Data Protection Officer & Data Strategy Officer, Dentsu Aegis Network, said, “This basically gives out more control to the audience about their data. Targeted advertising will not be affected much by these changes. Instagram said it will not be showing likes about a post to the users anymore, even though it might continue to record them. This will still give back information to the marketer, allowing them to target a user based on this anonymised information. Facebook with the “Off-Activity Tool” is trying to make users more informed about the data they are sharing with various apps. If they wish to see all ads relevant to them, they would have the option to share or delete their data. In turn, this will help us, marketers, as well, as we will know it beforehand that the audience is interested in getting updates about a type of brand or product. YouTube Kids will start hiding comments or likes on any content if a user designates it is ‘made for kids’. However, this won’t affect targeted marketing. Most of the targeted audience is above the age of 16, which would still remain the same as YouTube says its platform is advisable to be seen by people above the age of 13 years.”

Choudhary said, in all, audience availability won’t be impacted much and the audience will be more informed. He further added that the reporting matrices for the brands will instead shift their perspective from an engagement matrix to a business matrix.

Saheb Singh - Brand Strategy & Planning, AGENCY09 said, "Whilst moves like the "Off-Activity tool" eliminate an entire audience base that simply chooses to opt-out of being targeted, this too is a boon of sorts. Instead of going for a mass, 'wherever it lands' approach, brands and advertisers can now speak to audiences who matter - and want to listen. In the long run, this will lead to better perception around ads and advertisers as well".

In India, digital advertising has been growing at a phenomenal rate. The DAN-e4m Digital Advertising Report 2020 predicts that advertising spends on digital media are expected to grow at a CAGR of 27.42 per cent and will cross the Rs 50,000 crore by the end of 2025. The report lays down that advertising spends on digital media is led by social media with the highest share of 28 per cent, contributing Rs 3,835 crore to the Indian digital advertising pie. This is followed by spends on paid search (23 per cent), online video (22 per cent) and display media (21 per cent).
Social media continues to attract most digital ad spends and experts are of the view that growth on the digital medium will not be impacted by privacy controls.

Harikrishnan Pillai, CEO and Co-founder, TheSmallBigIdea, believes self-regulation is in the best interest of the overall growth of the digital advertising ecosystem and society at large. “Look at it as catharsis in the social advertising space. And be assured that it will come back as much more effective, within the realms of respecting people’s privacy. Facebook’s off-activity tool is going to clear off digital footprint left on the platform by a confused newbie. The user will still continue to leave a footprint on the platform in some form or the other, which will be reflective of the user’s current behaviour.”

The advertising community, in fact, feels that a more controlled online space will benefit brands from a brand safety point of view.

Pillai explains that YouTube’s ‘made for kids’ is a welcome move which will eventually make it a safe destination for kids’ content and hence the advertiser. He is of the opinion that the Instagram’s Like feature over a period of time has become a mindless action and hence is not a parameter to judge content efficiency. “Pure matrices like reach, impressions, time spent, actions taken will be given more preference which would benefit the brands too at large,” he added.

TikTok is another platform which has recently opened its gates to advertisers. Last year TikTok rolled out its #BetterMeBetterInternet global campaign on Safer Internet Day. This year, it appraised its user community on best practices for data privacy and protection through various consumer-centric activities.

Talking about these initiatives, Sameer Singh, Vice President, Monetization, TikTok, said: "Safety and security of our users and brands has always been a top priority for TikTok. We employ a series of measures to provide a safe in-app environment and have undertaken several offline initiatives together with key stakeholders, including the government, industry and civil-society, towards creating a better and safer online community."

Self-regulation, says Vishal Agrahari - Media Head, BC Web Wise, is a good move and helps in building trust with the users. “Advertisers from the targeting point of view won't be impacted much as there are other options like ‘discovery content’ and similar recommended content on YouTube. The Off-Activity Tool from Facebook may or may not have made much difference to the advertisers depending on how much awareness is built around this feature. At least it empowers the users to choose if they wish to share their information or not,” Agrahari noted. 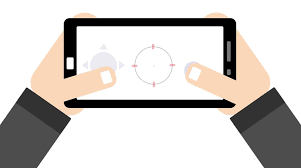