Even as global publishers pull out of Instant Articles, we take a look at the reasons behind this and the scenario in India

When Facebook launched Instant Articles in India in November 2015, it was tipped to change the way publishers reach out to audiences and monetize their content. However, in the year and a half that has passed since then, Instant Articles seems to have hit a bit of a snag at least at the global level.

Earlier this month, The Guardian joined a growing list of publishers that include The New York Times, Vice News, Forbes, The Los Angeles Times, The Chicago Tribune, etc., who have either decided to end their partnership with Instant Articles or scale down the content that they post on the platform.

The reasons for this are many and range from no significant monetization for the publisher to a fear that their audiences were moving away from their own websites and spending more time on Facebook.

The latter is a legitimate concern, especially as more and more global advertisers are now looking at subscription to bolster flagging revenues. In this scenario, they would want their readers to finally come to their website.

If Facebook were to add a subscribe button within Instant Articles, it could work out to be a simple solution; however, this is not the case till now. Moreover, media reports say that most publishers feel that the revenue-to-effort ratio for Instant Articles is simply not worth it.

Facebook, on its part, also seems to be sending out mixed signals. As part of its continuous series of updates, last year, it stated that posts from family and friends would be given more priority than publisher posts. This means that they would appear higher up in the newsfeed than, say, a post by a publisher like Times of India. This would hardly have instilled any confidence in Facebook’s partners.

“Simplistically, media companies and the likes of Facebook and Google are not aligned to the same business values. They have very different business models,” opined Paul Rossi, President of The Economist Group, when we spoke to him earlier this year.

“Digital advertising is tough unless you are Facebook or Google and have a huge audience and impressions. If you look at the numbers, 84 cents of every dollar spent online incrementally is spent on these two. The remaining 16 cents is being scrapped over by not only The Economist and The New York Times but also the likes of Microsoft and numerous others in this space. It is not a good place to be,” he had said further.


In India, nearly 50–60 per cent of digital ad revenues are accounted for by Facebook and Google. However, India is still a very small market, revenue-wise, for the two and the focus seems to be more about building the user base than actual monetization, which would seem to be in line with how many Indian publishers feel.

“We have not used Instant Articles for nearly a year because we did not see any value in terms of monetization or user experience,” said the digital CEO of one of India's largest media houses. He further added that since the user is not coming to the publisher website, it could lead to diminishing brand value over a period of time. However, he accepted that Instant Articles might work for some publishers. “Every publisher has its own aim and for some reach is more important,” he said.

On the other hand, the head of a prominent Instant Articles partner expressed satisfaction with the platform. “We have seen our engagement and reach both increasing since our association with Instant Articles. The user experience has also gone up,” he said.

A senior ad tech executive at a major Indian publisher explained that the scenario in India is likely different from that being seen abroad due to the different priorities of publishers. “In India, publishers are still not into content advertising and subscription revenues in a major way, so Instant Articles works for them,” he said.

LinkedIn launches in Hindi
5 hours ago 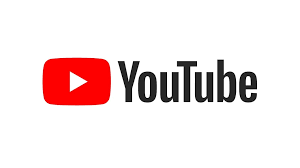