Microsoft may launch tablets in India to beef up market share

Microsoft is rumoured to be announcing the launch of its new tablet series in India – a market where it hasn’t been able to make much headway into. With a little over 2 per cent as its market share, Microsoft needs to make some serious efforts to reach anywhere close to the market leaders – Android with about 62 per cent market share and Apple with 36 per cent market share.

A very peculiar thing to note here is the fact that the two market leaders don’t come anywhere close to each other with respect to the market shares. That shows a lot for the popularity of one OS over another- and although Microsoft has always been the leader with desktop and laptop market, it hasn’t been able to make that kind of traction with the Indian consumer in terms of tablets.

One reason could be that the price sensitive Indian consumer typically won’t cough up $400 for a tablet from Microsoft – even if the quality is superior. Both tablets - Apple & Android, are priced in diametrically opposite segments; making Android a much sought after product. If Microsoft does come up with a product which could sell for as low as Rs 10,000, it will achieve price parity with Android devices in the market.

However, what still holds true is that the Windows brand still resonates with people. People still use Windows computers. They are comfortable with it and if they have an option to get a Windows tablet at price that is similar to an Android tablet, in all likelihood, they will pick it. Albeit a low-cost Windows tablet is not going to shake the market, it will still help Microsoft gain some consumers who will otherwise go to Android or Apple.

According to figures released recently, Microsoft sold close to 4 million tablets worldwide in 2013. In comparison, Apple sold 70 million tablets and Google's Android powered 121 million tablets. To fight this kind of serious competition is no easy task – especially in the Indian market where the products haven’t exactly seen a good growth potential.

The Indian market is dominated by devices running on Google's Android – a major reason being that they are cheap, affordable and easy to find. Here is where Microsoft should focus. Reducing prices to a point that an Indian consumer readily picks it over an Android powered tablet is necessary; however, the quality should not be played with.

Microsoft might slash its Windows licence price by up to 70% - but one can only wait to see what eventually plays out. Thus for devices that cost less than $250, the company would reportedly charge $15 for Windows instead of usual $50.

For Microsoft today, the tablet market is extremely crucial. The personal computer market is slowly seeing a negative growth phase, and with the increase in the number of surfaces that a person on an average interacts with, Microsoft needs its branding to be in the eyes of the consumers – literally so.

Ideally, a play on its existing market base, subtly trying to push the product onto the consumers with the hope that they might just accept it as a part of the Windows world that they live in could work. They could probably also just phase out the personal computers and position these tablets as the same but technologically advanced surface. A lot like how Apple eases the movement between its various products – thus effectively targeting an existing loyal fan base and also managing to attract new users relatively faster.

Eventually, it all depends on what story plays out. If sources are to be believed, Microsoft might partner with its existing OEM partners – HP & Dell for this too, and might also have Karbonn & Lava add to the range. With such potentially huge names and strong support – this gamble could pay off with handsome rewards – or might just be the first nail in Microsoft’s coffin.

Want to up the transparency game on social media: Aprameya Radhakrishna, Koo
15 minutes ago

Want to up the transparency game on social media: Aprameya Radhakrishna, Koo
15 minutes ago 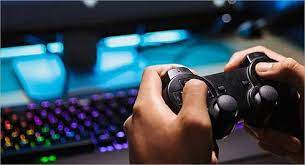 digital Want to up the transparency game on social media: Aprameya Radhakrishna, Koo
15 minutes ago