How Bollywood OTT releases will open up monetisation channels for digital

Industry experts say with OTT platforms replacing big screens, brands have the opportunity to expand their reach with this enormous captive audience

Gulabo Sitabo, Ghoomketu, Shakuntala Devi, Virgin Bhanupriya, Laxmmi Bomb — the list goes on. With a number of mainstream Bollywood films skipping a theatrical release owing to COVID-19 restrictions and going the OTT way, a gamut of monetization options have opened up for the digital medium.

The rise of the OTT subscription model in India is proof that the size of captive audiences has never been bigger. So how can digital platforms make the most of these Bollywood releases and the huge stay-at-home traffic? We got industry experts to weigh in.

“Advertising rupees go where consumer attention is, and OTTs are challenging social networks themselves by focusing on growing their catalogues and aggregating consumers in one place. For an OTT platform, there’s nothing like a ‘Friday film release’ being unleashed on a Wednesday with a whole lot of social media chatter around it, and replacing a theatre going experience. I’m confident the money will follow on the platforms that rely on a captive digital subscription,” said Priyanka Borah, Vice President - Account Management, Dentsu Webchutney.

Taking stock of advertising gains in the short-to-medium term, Borah further said, “Brands can find a captive audience for certain movies and can build new kinds of reach with a digital platform which is mutually beneficial to the producer and the OTT.”

Ali Hussein, CEO of Eros Now, agrees with Borah’s perspective. Good content attracts brands and advertisers irrespective of the platform, contended Hussein. "When a certain film has a lot of hype around it and people are really eager to watch it they end up buying subscriptions. So film releases on OTT can definitely lead to rise in subscription numbers," he asserted.

Films releasing on OTT open up multiple avenues for digital advertising in the form of trailer launches, music releases and press meets that take place through Live channels. These events are promoted heavily though digital platforms.

Sharing more on drawing crowds, Borah said: “Instagram Stories, for instance, could be a perfect place for brand placements and audience engagement. Brands can either participate as sponsors or use placements and partnerships as a way to connect with the people. Anyone outside the creator needs to be smart about their relevance to make the most out of it.”

Brands associating with movies can hence grab eyeballs not just on OTT platforms but also via social media promotions around the digital release.

Making an interesting observation, Harikrishnan Pillai, CEO at TheSmallBigIdea, said currently films on OTT are being used as a marketing opportunity. “Nothing sells a content distribution network the way good content does. So when a film releases on OTT, the platform stands to benefit not just from downloads but also on the perception front. Right now, they are buying the film outright and then spending on marketing to get users to subscribe to the app. The users who are already on the platform get to see it for free so the revenue comes from new users.”

So what role will movie releases on OTT play in this growth?

As new and exclusive movie releases continue to feature on OTT platforms, adding to the content pipeline, the OTT players will continue to gain momentum providing a great scope for brands to reach out to their target audience in a better and more personalised way. This is expected to be followed up by an increase in overall digital spends.

According to Raman Mittal, CMO, and Co-founder, To The New, a digital technology services company, “OTT advertising is a highly effective way to reach the audience with better targeting, personalised messaging, retargeting methods, and attribution tracking. India’s home-grown OTT platforms are currently spurred by advertising.”

Mittal cites the example of how Flipkart and Hotstar launched a video advertisement platform named Shopper Audience Network which allowed brands to target customers through personalised video advertisements on Hotstar. More such initiatives will be taken by the industry, believes Mittal. “Exclusive movie releases on OTT platforms will lead to an enormous increase in the audience and will provide a wider scope for digital advertising,” he said.

Elaborating on this was Sathyamurthy Namakkal, President, OMD Mudramax: “There is a “Freemium” model too, where certain shows and movies are free and some that require subscription. In this space too advertising can be a possibility for brands to capitalise on, in some cases.”

“A typical 30-second advertising will not happen on movies because they will largely be SVOD driven. Going forward like in TV, non-FCT capabilities (plugging something over the content) will come into play. Time will tell as to what kind of opportunities come into play,” he added.

With TheSmallBigIdea having marketed several big banner Bollywood films like Thappad, Good Newwz and Subh Mangal Zyada Savdhan, Pillai said the cost of acquiring a new film will need to be absorbed because the cash-rich platforms are playing a long term game of being pegged as the new box office. “For these deals to turn profitable for the platform, there should be a fixed fee plus percentage of download model or a completely different pay per view model being developed.”

Experts also suggest that the trend might soon go beyond films. Live matches without spectators for instance could be the next big avenue for digital advertising on OTT, say industry observers.

Life is just FANG for media post-Covid
1 hour ago

In battleground UP, will news channels be the greatest gainers of 2022 assembly elections?
8 hours ago

Mirabai Chanu: The soon-to-be blue-eyed girl of the brand world
8 hours ago 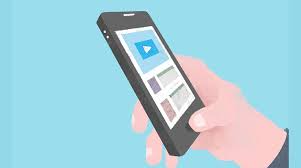