The tech giants submitted their compliance report, claiming to have removed crores of contentious posts

"Nice to see significant social media platforms like Google, Facebook and Instagram following the new IT Rules. First compliance report on voluntary removal of offensive posts published by them as per IT Rules is a big step towards transparency," the minister tweeted, congratulating the companies.

The move from the tech giants was voluntary without requiring government intervention. As per the new IT Rules, tech companies are required to publish reports on compliance every month.

Homegrown app Koo has also reported action against 54, 235 pieces and 2,502 posts were reported by its users in June.

While these platforms have toed the line, microblogging giant Twitter is still in the process of complying with the intermediary guidelines although it has surpassed the deadlines for the same.

After the resignation of its grievance officer Dharmendra Chatur, Twitter appointed Jeremy Kessel as a stand-in. The appointment violated the IT rules which require the officers to be Indian citizens. 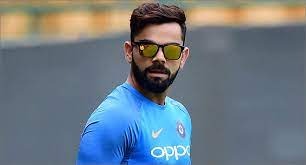