It is nearly four months of Nachiket Pantvaidya being promoted as the Group COO of Balaji Telefilms and things are speeding up on all fronts. Its digital platform ALTBalaji announces new series and partnerships every now and then. It continues to retain its leadership as a production company and plans to launch new series post IPL. Balaji Motion Pictures is underway with movie releases and is geared up on the same. In a chat with exchange4media, Pantvaidya shares the financial strategy to ramp up the films, how he plans to capitalize on India’s rapid digital growth and maintain TV leadership.

Getting show business on track
Following recent setbacks with ‘Great Grand Masti’ and ‘Kya Super Cool Hain Hum 3’ and a legal tussle with the film certification board over ‘Udta Punjab,’ Balaji Motion Pictures put their movie business on hold after only one release last year. Pandvaidya confesses that 2017 wasn’t a good year but it’s likely to get better with big upcoming releases like ‘Veere Di Wedding,’ and ‘Laila Majnu’. Getting it back on track financially is definitely the top priority over here; the Group COO had no qualms about it.
With the digital age creating a huge secondary market for developed films where they can send digital rights of the film, Pantvaidya is tapping into that. He shares the financial strategy, “We want to get into a mode where we are focusing on pre-sales and distribution and choosing subjects that fit the strategy. We will cover 50-60 per cent of the costs at least before we invest in a film. It’s not a high risk game for us right now. We are at maximum medium risk level.”
In the future, the production company wants to create films that can be watched easily on digital and get those pre-sales.

Digital at the forefront
ALTBalaji had reported revenues of Rs 1.1 crore for the quarter that ended on December 31, 2017 which is a marginal dip in comparison to Rs 1.2 crore in Q2 FY18. However, this didn’t include the Vodafone deal, informs Pantvaidya. But he is confident that in the coming quarter, revenues will surge four to five times as it will include big deals with Vodafone, Reliance Jio and others.

From the marketing and distribution perspective, partnership with more than 40 players across telecom, e-wallets and cab aggregator’s entertainment service like Vodafone, Reliance Jio, Paytm and Ola Play further gives ALTBalaji access to an increasing number of subscribers. How does it work? The content is available for free on Vodafone Play app for the Vodafone consumers. ALTBalaji is in turn paid by the telecom. “We are changing our strategy with the intent to serve mass media. By offering free internet, telecom players have opened a huge market. (Each telecom player does not want to be an elite serving service).They are subsidising our marketing cost.”

The digital service, available at Rs 300 per year, is looking to break-even in three years. The strategy is to lure in increasing number of ‘Indian-content-loving-audience’ consumers to its shows. Pantvaidya has set a target. “We should start inching towards 8-10 million paying subscribers mark in three years.We want to take our subscription base to the high volume low ARPU (average revenue per user) game.”

By end of this financial year ALTBalaji is eyeing 1 million subscribers which will secure its position as the top player (in terms of paying subscribers), Pantvaidya claims.

With their regional content in Tamil and Bengali, ALTBalaji has drawn in international audience as well from Singapore, Malaysia, Sri Lanka and Bangladesh. “We are getting larger play outside the country Tamil content. We have got good traction from Sri Lanka, Bangladesh, Middle East and Singapore.”

In the year two, Pantvaidya wants to explore the international market by dubbing their original content in Bahasa and Arabic languages.
He adds, "We want to be the number one repository of original content with plans to make 40-50 shows by end of next year."

Maintaining it’s TV game
On the television front, Balaji Telefilms will bring in 8-10 shows post IPL, starting June first week. There are also talks of the production house bringing back the second season of its popular K-series ‘Kasautii Zindagii Kay’ which ran for nine years. When asked about it Pantvaidya didn’t deny it. He answered “At appropriate time we will make those announcements of what we are bringing.”
He ensures, “We will be capitalising on the digital growth in India both from ALTBalaji and maintain leadership in the TV segment.”
Going ahead, Pantvaidya wants to create television shows that can be possibly used to carve out digital rights.

Understanding the digital consumption trends
In this 11 months journey of the digital platform, Pantvaidya noted several consumption trends including different audience segments. He lists out, “Per capita consumption is equal in tier-2 and 3 cities like Surat, Jhansi and Kolhapur as tier 1 cities because of our local Indian content. We have an equal split of male and female viewing. It’s 52 to 48 for paid male and female viewership respectively. We have discovered three kinds of consumers. They wants to see an upgraded version of television. So they come on to stories where we have television stars Ram Kapoor and Sakshi Tanwar in digital shows like ‘Karrle Tu Bhi Mohabbat’.’ We are taking stories which are little more urban-centric, edgy and consumed by 18-30 audience like ‘Dev DD.’ We have a different audience for ‘Bose’ and ‘The Test Case.’”
He further mentions that this last segment of audience is rejecting even cinema today. “Cinema is not fulfilling the need which ‘Bose’ today fulfills.”
The Group COO is content with the reception from the right kind of audience. He shares, “We are able to resonate with audience from middle India i.e. tier-II cities. ‘Dev DD’ is from Jaipur which pulls in a lot of people. We are not Western in our expression.”

Higher GST on gaming: Is the sector up for the challenge?
4 minutes ago

Higher GST on gaming: Is the sector up for the challenge?
4 minutes ago

Excessive regulation has brought DTH industry to its knees: Gopal Vittal
36 minutes ago

Excessive regulation has brought DTH industry to its knees: Gopal Vittal
36 minutes ago 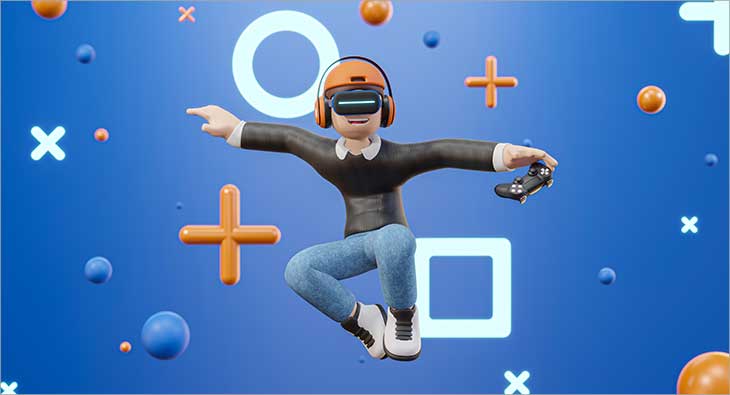 digital Higher GST on gaming: Is the sector up for the challenge?
4 minutes ago