Amazon Prime Video India goes all out for Jack Ryan

Amazon Prime Video is leaving no stone unturned to promote its latest Prime original thriller series ‘Tom Clancy’s Jack Ryan’ on digital media. The visuals of the John Krasinki-starrer show has been floating across the internet from the usual suspects such as,Twitter, Facebook and YouTube, to even news portals of the Economic Times. Its Twitter account in particular has been seeing regular activity featuring GIFs and memes made from the show's stills. 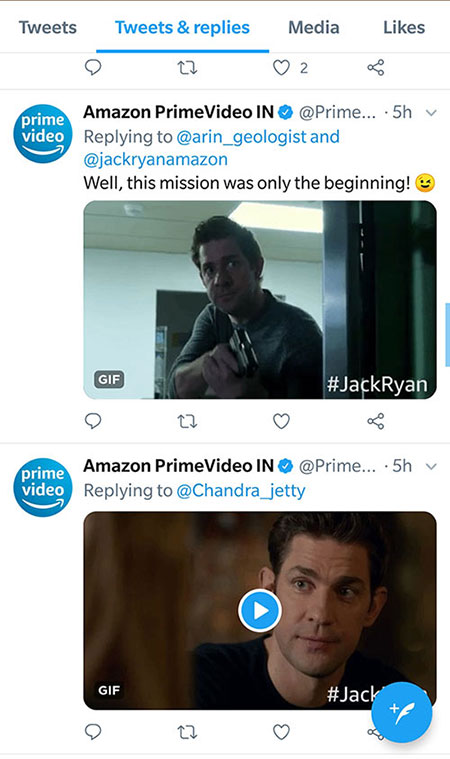 For the uninitiated, the entire first season, which premiered on August 31, follows Krasinski as he transforms from a desk-based CIA employee to a field agent on the hunt for terrorists. 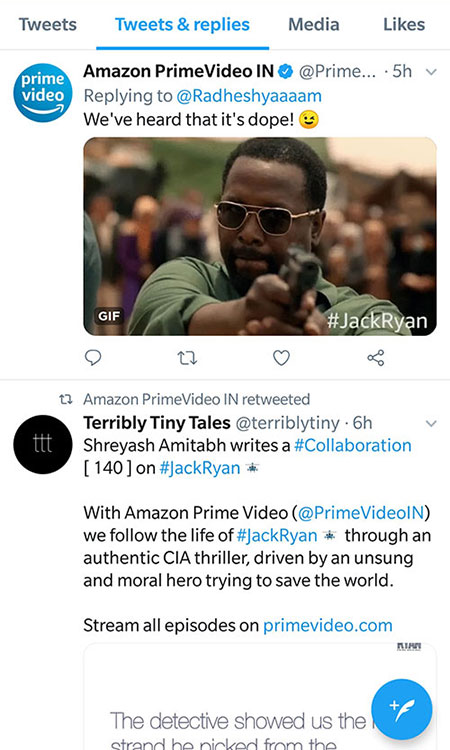 Going all out in advertising its Prime Originals series across media is a regular part of Amazon Prime Video India’s marketing game. For local shows such as ‘Breathe’, it is speculated to have spent close to Rs 30 crore on its marketing. Even for ‘The Grand Tour,’ a British motoring television series, the OTT platform brought in actor Anil Kapoor to host its season premiere. In the case of ‘Jack Ryan’, the global streaming service took the partnership route by collaborating with content platform Terribly Tiny Tales where writers have penned down short stories themed on it. Arre, Indian entertainment content platform, featured articles and videos talking about the show and the protagonist.

Even globally, Amazon Prime Video has been spending big marketing bucks on its original series right from the start. One of the most sought after sporting events by brands, Super Bowl, was leveraged by the OTT service in February to unveil the first look of ‘Jack Ryan’ through a 60-second commercial. An ad spot in the Super Bowl brings in a huge traction of 100 million and comes at an astronomical rate of $5.2 million. A solid marketing effort can easily cost $10 million. This gives a fair idea about the marketing budget allocated for this show. OTT employed myriad approaches combined into a single, large-scale event internationally. In India, it started creating buzz on the show since May onwards. 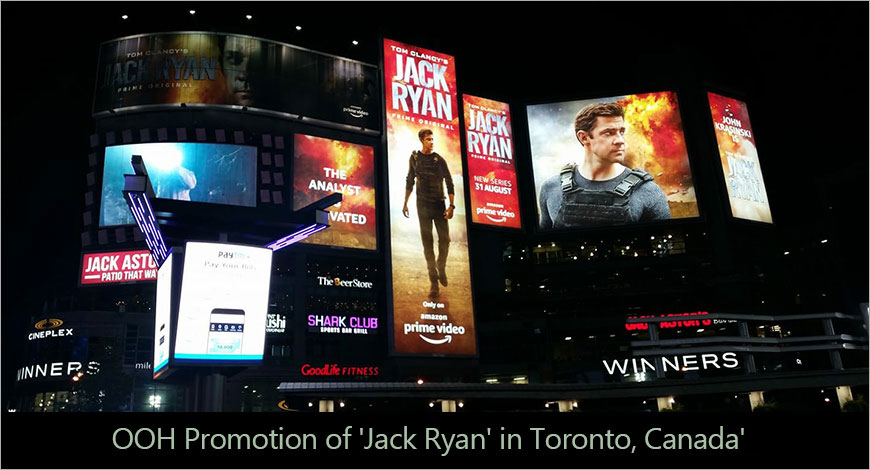 It’s interesting to see how Amazon Prime Video is pulling out all stops for a character that has been played on the big screen by Hollywood actors such as, Alec Baldwin, Harrison Ford, Ben Affleck and Chris Pine.

ZEE5 to expand digital portfolio of offerings with HiPi, its homegrown video creation app
9 hours ago

Travelling is safe, tells RedBus in its new campaign
2 hours ago

Tring partners with Bookmyshow to drive customer engagement
4 hours ago

Return of advertisers brings cheer to Print
4 days ago