Produced by Karan Johar’s Dharma Productions, 'Kesari’ depicts the real story of the battle of Saragarhi where 21 Sikh soldiers fought against 10,000 invaders

The trailer for actor Akshay Kumar's next film, 'Kesari' was released recently, and has since ignited a spark within netizens all over the country, with many quick to create funny memes based on the content.

The beginning of the year we saw ‘Manikarnika’, ‘Lukka Chuppi’ and ‘Gully Boy’ trending on social media, it’s now Kumar’s upcoming movie that has joined the meme race.

Produced by Karan Johar’s Dharma Productions and directed by Anurag Singh ‘Kesari’, depicts the real story of Sikh soldiers. It represents the battle of Saragarhi where 21 Sikh soldiers fought against 10,000 invaders. The three- minute video of the trailer has garnered 17 million views in a day. The movie is due to release March 21. The film also stars actors Parineeti Chopra and Bhagyashree in the lead roles.

As soon as the trailer was launched, netizens in no time picked a few interesting dialogues from the trailer and the memes did the rounds across social media. While different versions of memes, targeting diverse scenes in the trailer have made their way on Twitter, one particular dialogue that has caught the fancy of the Twitterverse is 'Chal Jhoota'. 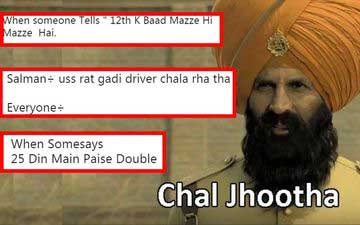 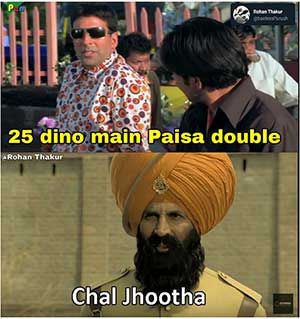 The actor’s warrior expressions have massively appealed to the Twitteraties who have creatively made them wittier and funnier. One of the Twitter users, bring actor Ajay Devgan into the mix. His utmost favourite ‘Zubaan Kesari’ tagline from a pan masala brand was added in the meme trend. This unintentional hype around the film is helping the film makers create a buzz around the film prior to its release.

Here is a glimpse of some of the most trending meme's doing the rounds on the internet:

Not only Akshay’s movie has caught the hilarious memes, Bhumi Pednekar’s film Sonchiriya is also trending, especially because of the actress’ looks. She herself shared the post on instagram and wrote, ‘how's your day job like?’ The movie is set to hit the cinemas on March 1. 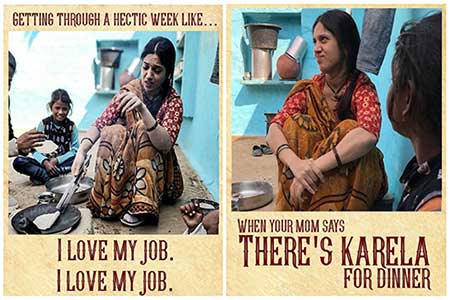 digital Not just content creators anymore: How India’s influencers are expanding their horizons
10 hours ago

digital ‘When it comes to social media, you need to keep evolving’
23 hours ago