Sorrel’s exit has received mixed reactions. While some have argued for a “festive farewell” others have termed his exit as an “unfortunate” development.

The sudden news of WPP CEO, Sir Martin Sorrell’s departure has rattled the advertising fraternity. Having established WPP as the world’s largest marketing services conglomerate, which employs around 2 lakh employees across its 3,000 offices around the globe, the exit of Sorrell is being seen as a big loss.
The reason is not difficult to fathom. In today’s advertising world, there is no bigger name than Sorrell. It must be mentioned that WPP annually spends over $75 Billion in advertising to newspapers, magazines, television, radio, and digital companies, including Google and Facebook.
Sorrel’s exit has received mixed reactions. While some have argued for a “festive farewell” others have termed his exit as extremely “unfortunate”.
Speaking about the impact of Sorrel's exit on WPP, Sam Balsara, Chairman and Managing Director, Madison World and Madison Communications, said, “The impact of Martin Sorrell quitting WPP is going to be huge, because--- a) The kind of dominant market share that his agencies enjoy in India, and--- b) the kind of person he was--- aggressive, persistent, agile, maintaining close contact with global leaders at clients end and he knew bosses of many Indian conglomerates.”
In order to find Sorrell’s successor, WPP has hired a New York based recruitment firm. The move to bring in an external executive search firm is extremely rare for WPP, which traditionally handles most of its executive recruitment in-house.
Sharing his thoughts about the void that Sorrell’s absence has resulted in, Balsara added, “The entire advertising industry has lost a dominant voice. He did not feel shy of calling a spade a spade, and that’s why was loved by journalists too.” 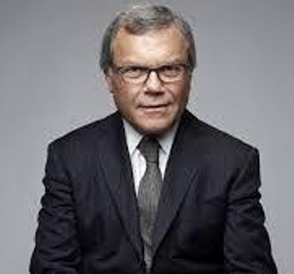 When the news of Sorrell’s exit became public, WPP share witnessed 6.5% slide as investors mulled the uncertain future of the world’s largest advertising business.
Recalling the four biggest character traits that defined the aura of Sorrell for over three decades, Balsara lists the traits, “Aggressive, persistent, resilient, agile,", in that order; defining the man who will be remembered for his immense contribution to the advertising and marketing world.

MIB extends deadline for suggestions on policy for uplinking, downlinkng of channels
10 hours ago

myFanPark to be launched in India
13 hours ago

Has COVID-19 led to endorsement fee cuts for the stars?
21 hours ago

'When COVID-19 started, there was negativity but now the sentiments are positive'
20 hours ago

Sakal Times & Gomantak Times to shut down operations
6 days ago