This new year, India woke up to the message of ‘Happy 2009’ from Honda 2Wheelers printed in bold on the first page of most newspapers. It took people some time to grasp this and understand why one of India’s largest selling two-wheeler company is wishing them for 2009 on the first morning of 2019. This advertising campaign was conceptualized and developed by Dentsu One – a Dentsu Aegis Network agency.

Honda 2Wheelers introduced combi-brake system (CBS) in India (with equalizer technology) way back in 2009 - which is now becoming industry mandatory norm. As per government regulation, 1st April 2019 onwards, every 2Wheeler less than 125cc engine capacity must be equipped with a CBS.

Describing the brief that it got from the company, the agency in a statement stated, “In 2009, Honda pioneered the introduction of combi-brake system in India. The objective of the campaign was to reinforce brand Honda’s continued leadership in technology & innovation and in the specific case of CBS, a good 10 years ahead, before it becomes a regulation.”

The approach was to create a disruptive communication to grab reader’s attention and inform them about brand Honda’s technology leadership. The opportune time -first day of the year was selected strategically to make the message more clutter breaking, the statement mentioned.

Talking about the campaign, Yadvinder Singh Guleria, Senior Vice President, Sales & Marketing, Honda Motorcycle & Scooter India Pvt. Ltd, said, “Honda has always been at the fore front of new technology introduction. We have a history of creating history in technology benchmarks adding value & convenience for our customers. While the industry is now adopting CBS aligning with regulation, we are proud to say that more than 2 crore happy customers are already riding CBS equipped Honda 2Wheelers. A clutter breaking simple communication to reinforce brand Honda’s technology leadership on New Year’s day was the core of this campaign.”

Abhinav Kaushik, Executive Vice President, Dentsu One, said, “We wanted to create a communication that had immense stop value and the power to hold the reader’s attention without any dilution. A communication is considered as really effective when people start talking about it and this is what is happening right now. The objective of the campaign to reaffirm Honda’s leadership position stands successfully achieved.”

Titus Upputuru, National Creative Director, Dentsu One, added, “At Dentsu Aegis Network, we try to build brands through innovative ideas. This is an example of that spirit. Salute to Honda 2Wheelers for buying into this unique creative and release it nationally. Usual shelf life of a print ad is one day however it clearly broke the trend with conversations about the advt. & creative going viral on digital medium long after the newspaper has gone into the bin. We are delighted with the response.” 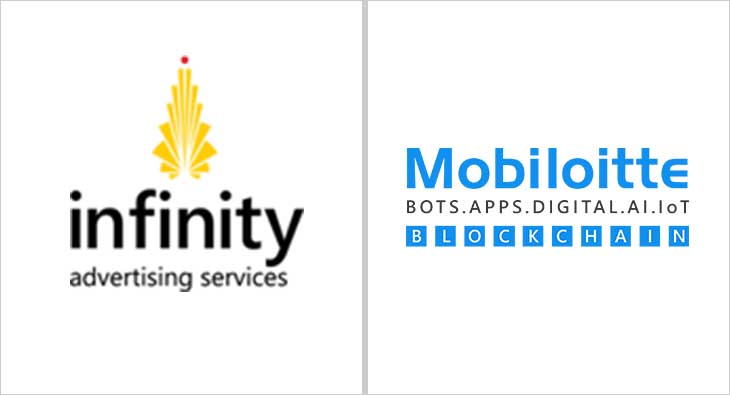 advertising Celebrity endorsement in times of social media: Will we see brands shying away from stars?
7 hours ago