The two sports superstars come together to launch American Tourister's Curio range, evoking a sense of belonging and love that customers have for the brand.

International travel gear giant American Tourister is proud to reveal their latest TVC, featuring the champion footballer Cristiano Ronaldo and the master blaster cricketer Virat Kohli. The footballing and cricket luminaries' association in the upcoming campaign featuring the gorgeous Curio range by American Tourister has been moulded in a 360-degree marketing campaign, which includes a television, print, outdoor and digital activation.

Indeed, this is a dream collaboration between the gods of two globally worshipped sports! The world’s most marketable footballer and fashion icon, Cristiano is an inspiration to millions around the globe, young and old. His footballing talent, passion for travel, fun-loving nature and strong fashion sense have made him one of the most valuable players both on and off the field. 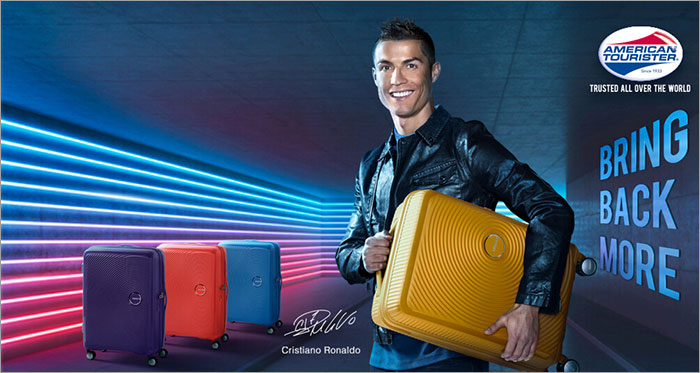 The campaign by American Tourister brings out a sense of belonging and the love that one has for the brand. The ‘hard to let go’ fond memories and sentiments that are usually associated with favourite products. Frequent traveller themselves, Cristiano and Virat exemplify this concept with American Tourister, Curio luggage which is their constant travel companion. The two brand ambassadors’ lifestyle is closely aligned with American Tourister’s (and Curio’s) target audience – namely, the on-the-go millennials.

“Hard to Let Go” is showcased in the campaign’s television commercial, which sees the footballer, return from his various overseas trips. Ronaldo finds it difficult to let go of his suitcase and checks himself in with the luggage. He amazes one and all, and the passengers cheer as they see him holding on to his suitcase all the time even on cargo carts and in the plane. The passengers waiting to collect their luggage near the conveyer belt are surprised to see the footballer emerging out of the conveyer belt still holding on to his American Tourister Curio. The TVC spins a twist at the next shot. We see passengers go even more berserk and applauses grow louder as they see Virat Kohli, also on the conveyer belt with his favourite American Tourister Curio luggage. Both the legends smile at each other while clinging on to their ‘hard to let go’ favourite brands. The commercials end with a ‘hard to let go voice-over’ and the TVC zooms in on the latest Curio range of luggage by American Tourister.

Sharing his views on the upcoming campaign and TV commercial, Cristiano said, “I’m delighted to be American Tourister’s brand ambassador. As an avid traveller, I love the brand, their suitcases, and the active, lifestyle they promote. I’m looking forward to seeing the fans’ reactions to the series of television commercials. It’s going to be a fun year ahead!

American Tourister is pulling out all the stops to deliver an amazing campaign in 2018 and has engaged the popular award-winning commercial director Augusto de Fraga to bring this to life in a series of television commercials to life. Speaking about his experience shooting the Curio television commercials with the athletes, the director said, “The athletes brought a lot to the production. Their professionalism, dedication, and commitment to the project were world class, and their authenticity in reliving their most precious travel-related memories really shines through in the final cut of the commercial. Fans will enjoy this!” 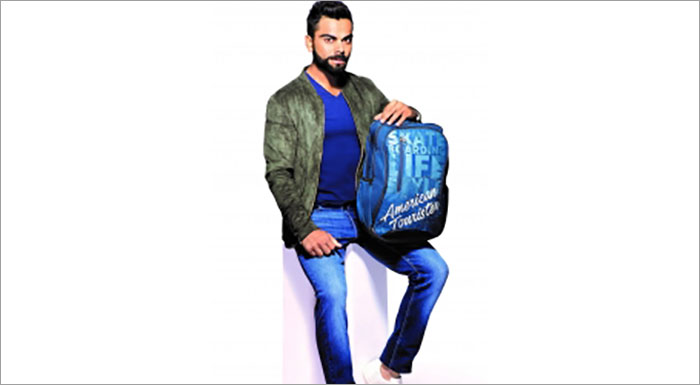 Virat added, “This is my third campaign shoot with American Tourister and as time passes, I am liking the brand even more. Being a frequent traveller, the latest campaign messaging is very close to my heart. Luggage is a constant travel companion, and as a traveller you always want it by your side. This thought has been wonderfully presented by American Tourister and I couldn’t have agreed more! The brand has carved a niche in my heart which is indeed hard to let go.”

Mr. Jai Krishnan, CEO, Samsonite South Asia shared his thoughts on the upcoming campaign, “It’s fantastic to have Cristiano and Virat to star in our latest campaign. They represent the young spirit and adventurous personality of the American Tourister brand, and our Curio product line up. I’m confident that this collaboration of bringing two of the biggest personalities showing their love for the brand will take American Tourister to the next level.”

Building further on the irresistibility of the American Tourister Curio, the brand would be working with celebrities from various industries to showcase the goodness of the Curio and sharing videos on its social media platforms. Pitting Cricket & Football fans together we are looking for sports aficionados to predict the outcome of ongoing famous Cricket and Football matches. This is a fun engaging activity done across social media platforms.

Accompanying the fresh marketing campaign are vibrant additions to the Curio luggage series. In 2018, travellers can also look forward to lively new colors that will inject even more fun and energy into their travel adventures. These Curio spinners will be available in new eye-catching colors like lemon chrome, spicy peach and denim blue.