The TV commercial brings together the soon to be released blockbuster film Kite’s and Big FM, and got aired on May 5, 2010. The commercial centres around the Big 30 Countdown, Big FM’s daily national evening drive show, which air’s across 36 stations in the network. The show, BIG 30 Countdown features latest music and Bollywood gossip, the biggest stars, the biggest music hits and the latest blockbusters making it ideal to associate with Kites, featuring Hrithik Roshan, Barbara Mori and some fantastic music.

Speaking on the new commercial, Anand Chakravarthy, Sr. Vice President, Marketing, Big FM said, “FM and Bollywood have a symbiotic relationship, growing off each other. A lot has been done in the past between the two, but it has all largely remained on radio only. We found the synergy between Kites and our Big 30 Countdown show worked excellently and therefore decided to create a television campaign v/s just staying on radio. The Big 30 Countdown, with an unbeatable mix of the latest music and Bollywood gossip is the show where we promote Kite’s and its music. This partnership sets a new benchmark in the relationship between radio and Bollywood.”

The BIG 30 Countdown is designed to give listeners the best possible “re-charge” each evening, after a hard days work. Hrithik as an actor himself goes through long hard days and needs entertainment each evening that helps him unwind. It was these 2 simple truths that were picked up by the creative agency Rediffusion Y&R, who have created a the TVC using Hrithik Roshan the way he is in real life. A BIG Pictures and Filmkraft film, the TVC has been directed by Prasad Hegde.

The storyboard showcases the actor Hrithik, after a tired day of shooting, retires to his car, turns on the radio – tunes in to Big FM’s Big 30 Countdown. Along with Kite’s music in the background, rushes of the film depicting action, song-dance and shararat play as Hrithik asks audiences to tune into the show just like he does each evening. The television commercial concludes with an extremely relaxed Hrithik, enjoying a comfortable stretch having re-charged at the end of the day, echoing with the radio stations brand line ‘Suno Sunao, Life Banao’.

Rayomand J Patell, a copywriter with Contract, said, “Hrithik appears tired at the beginning of the commercial and chances are, after watching it, every viewer will be too. Had they shown Barbara Mori instead in the backseat of the SUV, chances are it would have made for a visually-arresting film, if nothing else. The plot is best summarised as A Day In The Life Of A Megalomaniac - a star who at the end of a hard day on set, wants to relax and (get this!) hear even more about his own film Kites on radio. Even Parle uses Hrithik better than this for Bourbon biscuits, where he does what he can do best: dance. Sorry, but I’m just not Big on this commercial.”

Satbir Singh, Chief Creative Officer, EuroRSCG, said, “This is one thing most agency creatives dread: being asked to create a story with just some promo rushes for a brief. Which means, the visuals come first followed by a story? And a brand slapped on. To that end, I think it's been done, well. Can it be better? Tell me one thing that cannot be.

If you are a Hrithik fan, you might like it, but if you are looking at creativity, then surely it’s not what one looks for.

SC grants relief to Aparna Purohit, says govt rules on OTT have no power for prosecution
14 hours ago 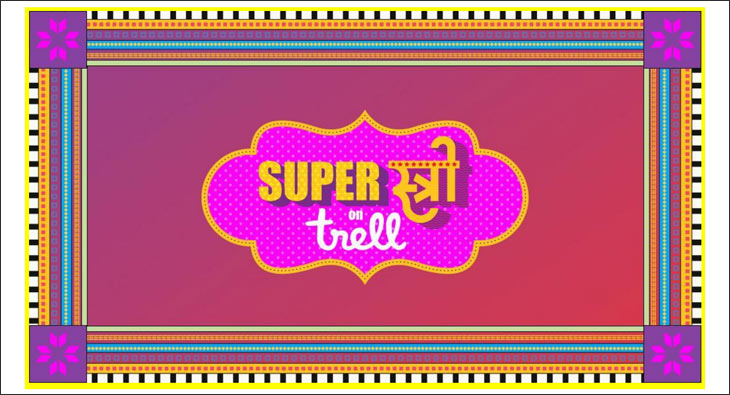 advertising Levi’s plagiarism row: How not to overstep the inspiration mark
22 hours ago