Audio advertising is helping boost sales for local dealers of auto makers like Chevrolet and Bajaj Auto by 10 per cent in non-metros of Maharashtra.

Automobile brands see a huge potential in rural markets, where aspirations are high and the desire to own a personal vehicle is growing. Positive factors like low penetration levels and less dependence on loans have resulted in major automotive brands increasing their focus on these markets to increase sales. In such a scenario, local auto dealers play a vital role in creating a robust presence for their umbrella brands in potential markets.

The consumer profile target at such bus stands includes farmers, local businessmen and youth. According to a recent AC Nielson study conducted in association with Vritti i-Media, 10-15 per cent of the people visiting these stands belong to SEC A, which makes it even more pertinent for local dealers to advertise on this medium. Local dealers find it apt to advertise on Vritti’s medium as it creates a sustained brand recall in the minds of their potential consumers and triggers an immediate call for action in the minds of the consumers.

The campaigns conducted for Chevrolet Beat and Bajaj Auto were aired in between the daily bus announcements at timely intervals from 6 am to 10 pm, resulting in constant brand recall. The bus stands targeted for advertising witness an average footfall of 40,000 travelers during the day.

Commenting on the new trend of audio advertising in the semi-urban and rural markets, Veerendra Jamdade, CEO, Vritti i-Media, said, “Audio advertising in public places has been a great success in rural and semi-urban areas of Maharashtra. People in these areas are less literate, hence the audio announcements in local languages help a lot. Also, since the medium is placed in a public place like state transport bus stands, which are hubs for local travelers, the reach is more. In rural areas, at least one member of the family is present at the bus stand every day. More importantly, different sets of people visit the stand every day, thus helping advertisers to reach people belonging to different age, gender, occupation and economic class. We have even observed 10-15 per cent of the travelers belonging to the higher economic class at such bus stands.”

He further said, “Another major reason for the success is the concept of relevant content. With the help of our proprietary system, we are able to broadcast relevant content in areas required. The message can be changed as per seasons or festivals. We have also tried using audio model in the urban areas, specifically on highway food malls which cater to the higher and middle class travelers. However, this model has been clubbed with the visual screens ensuring sustained attention from visitors at food malls on highways. The campaigns conducted on this medium are also audio centric as the engagement model of video is weak. This relatively is a new approach, but has given a productive outcome to advertisers.”

Commenting of the success of the audio advertising campaign, Abhijeet Patil, General Manager, Kanase Bajaj Auto, a local dealer in Maharashtra’s Satara district, said, “We did advertising on Vritti’s audio advertising network for a year, which ended in September 2011. We also use other traditional mediums for advertising and promotion, but audio advertising has helped us a lot in gaining customers. Over the year, we have received at least 8-10 per cent hike in sales due to Vritti’s medium. We feel this is an effective medium in the long run to be on high on brand recall by consumers.” 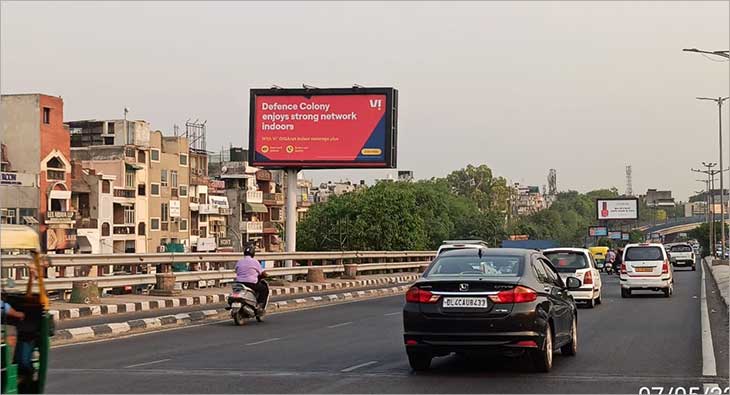