Shashi Kumar Chaudhary, Founder of Century OOH, tells us what gives the company an edge over other media players in Eastern India

A leading provider of outdoor media and publicity in the state of Bihar, Century OOH has grown 2X in last fiscal and is planning to double their growth in 2020. Shashi Kumar Chaudhary, Founder of Century OOH, tells us what gives the company an edge over other media players in Eastern India.

“What gives us a clear edge over any other media company is the diversity we have in our product range. Our range of products enables us to service all segments of customers and also provide them with multiple options of their choice. We are simply a one-stop media solution and can cater to the requirement of all and any segment of customer,” Chaudhary told us.

In October 2019, Century OOH, along with 17 members from the industry came together to form a Federation of Airport Media Owners (FAMO). The association was formed with a purpose of collectively addressing OOH industry segment’s issues when dealing with the concerned government authority, brand advertisers and specialist agencies. FAMO also endeavours to build industry-wide awareness of the airport media’s competitiveness and diverse offerings to brands.

“The purpose of FAMO is to fight a common problem either by the authority or the agencies or local authorities. So, we have formed this association with a positive mindset. We want to increase the market size of airport media because at present airport media is not very common media like print, electronics or outdoors. Airport media is one of the fastest-growing media but sadly people are not aware of it. The agenda of this association is to drive the airport advertising business in the country. The way Out of Home advertising is transforming into Digital Out of Home, our agenda is to promote what may be called Airport Out of Home (AOOH),” Chaudhary also the president of the association told us.

In 2019, Century Group had expanded its footprints in the airport media space by acquiring exclusive advertising rights for ten airports including Shillong, Tezpur and Lilabari.

So, what’s in store in 2020 for Century group? “Airport media is the mother of all media. It is traditional, it has activation, it has space for brand promotions and it has many verticals which no other media vertical in India has. Outdoor is a static media and little bit of digital has started and is non-measurable. Whereas, Airport media is measurable gives maximum traction.”

Adding, “AOOH (Airport Out of Home) has a unique advantage of growth. Traditional Out-of-Home media is growing by 6-8%. But airport media is growing by 40-50% was in the last three years. And in coming years this media will keep on growing it can't be stopped because new cities are being added. New airlines are coming up. People are now changing their travel habits. They now opt to go by air rather than going by train. So, the scope for brands as well as media owners to advertise is more. In 2020, AOOH will be the driving force for the industry and for us.”

When asked about the current trends, Chaudhary stated that traditional media will transfer its budget to DOOH, AOOH and transit media this year.

Century OOH has exclusive for 700 railways stations of India. It is touted to be the biggest basket ever awarded by the Indian Railways to any company in the last 10 years. The firm has been serving clients across industries including Entertainment, Corporate, FMCG, Media and Education and including brands like Tata Docomo, Airtel, Amway, Tata Motors, V Mart, to name a few.

Speaking about Century’s Y-O-Y growth, Chaudhary said, “We have grown double-digit in the last few years and every year we are planning to up our scale".

Jumboking rolls out 'Burgers on the Go' campaign
2 days ago

Time for celebrations: OOH raring to bring in a bumper festive season
1 week ago 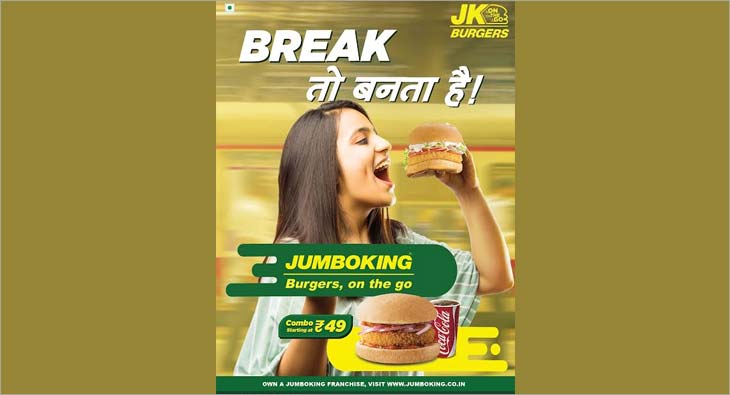