Sri Adhikari Brothers Television Network is broadening its horizons to digital platforms. The group, through its digital arms headed by Ravi Adhikari, has a clear cut road map. As part of its digital strategy, Sri Adhikari Brothers is launching its humour channel, Masti Khor, along with YouTube Comedy Week on September 5, 2013. The group plans to launch three more YouTube channels in different genres.

Commenting in the digital foray, Ravi Adhikari said, “YouTube is the perfect platform to make available to the generation next the rich content that the company possesses. The universal and global reach that the platform provides ensures direct last mile connectivity, allowing us to gauge viewership patterns. This will help us in strategising fresh content that we intend to create especially for the YouTube platform through our YouTube channel Moochkurao. We are also launching our thriller/ horror and drama channel on YouTube platform. All the channels will be fully active in two months time.”

Speaking at the launch of Comedy Week, Gautam Anand, Director, Content Partnerships for YouTube APAC said, “In India, comedy shows contribute a significant portion of the total views in the TV shows category on YouTube, and in the past year, comedy show viewership has shown the fastest growth in viewership. Bringing Comedy Week to India allows us to give Indian audiences more of the content that they love and discover new content that they can only enjoy on YouTube. We are also very excited to partner with SAB Group and bring their comedy content to the Comedy Week.”

BRU rings in the festive season with cricket, coffee and compelling branded content
14 minutes ago 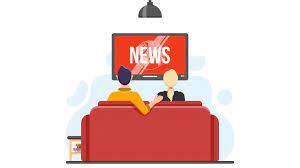