Since the official teaser of the Sanjay Dutt biopic, ‘Sanju’, the film has
become the talk of the town. The first look of the much-anticipated film showcased
many phases of Bollywood’s bad boy's life, which also became an integral
part of the marketing strategy for the film. ‘Less is More’ was the approach
for the campaign.

“We were very clear on how we wanted to position Sanju. As Raju Hirani
told me at the start of the campaign- bad choices make good stories and this
is one such story: of a flawed individual who lived the outcome of his bad choices.
Across the many phases portrayed in the film - a man who lived many lives in
one life and a story that is so unbelievable that you almost want to pinch yourself
and ask, ‘Did this really happen?’,” said Shikha Kapur, Chief Marketing Officer,
Fox Star Studios.

This was the crux of the marketing narrative and everything was constructed
around it. The teaser was launched to tell this narrative followed by the trailer
that explored the journey of Sanju through the many phases he lived.

“The strategy did not include TV appearances. We focused on big reach and impact
properties only. The teaser was launched on social platforms and Hotstar followed
by a roadblock across 80 channels garnering a reach of 100 million plus in one
single day. Our objective was very clear - build conversation and scale,” said
Kapur.

The teaser was launched over a period of two days, it was aired on 80+ channels.
Led by a massive roadblock on the entire Star network at 19:58 hrs, the 85-second
teaser was exclusively played on 15 key channels like Star Plus, Star Bharat,
Star Gold along with showcasing on IPL that aired on eight channels this year
and on Hotstar.

The Sanju teaser reached over 150 million viewers across the world
and was a hit amongst the netizens with over 2 lakh searches on Google in 24
hours.

At the heart of Sanju, is a father son story - the film also portrays
the journey of a father who stood by his son unconditionally across a tumultuous
journey of upheavals and resurrection. “Father's Day, gave us an opportunity
to radiate the father son bond through the #JaaduKiJhappi campaign. This drove
over one lakh conversations on Father’s Day,” explains Kapur.

Soon after that the team released a scene from Sanju that recreated
the celebrated character of Munna Bhai through an iconic scene, she
said, “This unit was dropped online to reach out to the many fans of this franchise
and to spark conversations amongst an audience who has cherished the memorable
cinema of Raj Kumar Hirani. This scene trended at No. 1 spot on YouTube for
more than 48 hours and became an instant topic of conversation invoking further
curiosity.” 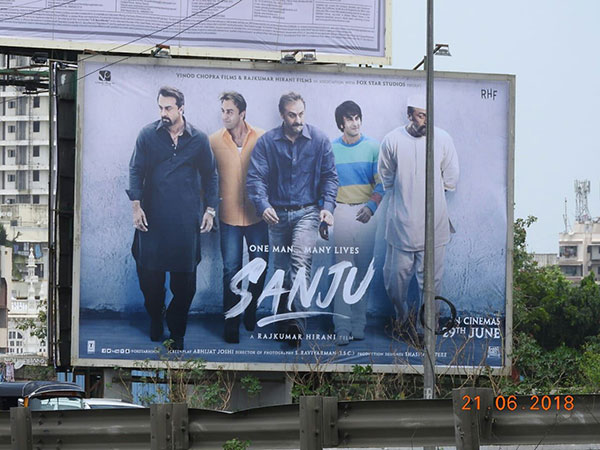 The marketing of Sanju was largely focussed on digital media which
has been the backbone of this campaign. Later it was followed by TV and OOH.
Kapur asserted, “Our digital strategy is staged on these pillars that we spoke
about. In the initial phases of the campaign we focused on the many avatars
of Sanju followed by encouraging meaningful user generated content
inspired by the film across social platforms. User data indicated to us the
looks that generated maximum conversations and we used that to design and launch
the Sanju face filter in partnership with Facebook.” 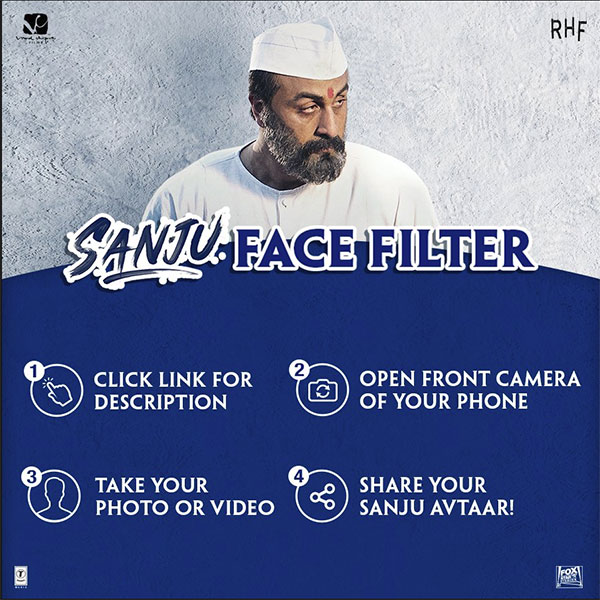 Close to five lakh people have engaged with the Facebook filter. “This
is 10x the engagement on a regular filter. This is easily one of the highest
performing filters on Facebook India across categories,” added Kapur.

Speaking about the target audience, she said, “We don’t define TG by age group
and geography. We have moved to targeting audiences based on affinities and
behaviors online, which is why digital has been the mainstay for the campaign
followed by TV to augment reach and impact.” Fox has partnered with Paytm, PVR
Multiplex, Inox, Jagran Group, Bollywood Hungama for FB live, BookMyShow and
many others.

On overall media spend, digital is the mainstay for the film and Fox has spent
60 per cent of media spends on digital.