Prasanth Kumar, CEO, South Asia, Middle East and Africa, Mindshare; Rohit Gothi, CEO, Hero Cycles and Pradeep Cholayil, Chairman and Managing Director, Cholayil Private Limited are the esteemed names that will be the speaking at the second edition of the exchange4media Conclave – South to be held on November 30 at Taj M.G. Road Bangalore.

This year the theme of the Conclave is ‘Emotional Connect and the Distracted Consumer’. Creating an emotional connect with the distracted consumer is a challenging task in this hyper-connected world and industry leaders will share their insights on how to overcome this challenge and strengthen the connect with the consumer. 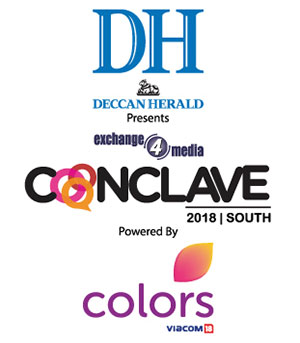 As the saying goes that Content is King and it has been seen time and again that good content, made well, can move the emotional chords of the viewer. Taking this thought process forward Prasanth Kumar, or PK, as he is commonly known as, will share his thoughts on ‘The Emotional Journey of Creating Customer Engagement through Content’. PK has held several roles across Mindshare and GroupM. In his earlier stints, PK has also worked for Pepsi, The Hindu and TME. He was the first Indian to win the APAC Media Planner/Buyer of the Year title. Under his stewardship, Mindshare is the dominant agency in India according to RECMA and won over 250 awards last year. Away from Mindshare you’ll find PK on a court somewhere – either tennis or badminton – or indulging his passion for music.

Most owners of an automobile – be cars, bikes or cycles, have a very emotional relationship with their vehicle. Also, this is one category that has its own set of enthusiasts who are passionate about the product, even if they don’t own it. However, with the plethora of choices now available in the space, connecting with a consumer in a multi-media environment and telling us what are the ‘Elements Needed To Engage With The 'Distracted' Customers In The Auto Space’ will be Gothi, CEO, Hero Cycles. Gothi took over as the head at the India's largest manufacturer of cycles in February, earlier this year. In his current role, he is responsible for spearheading the planning, development and execution of the company's long-term strategy. He joined Hero Cycles from Hindustan Coca-Cola Beverages, where he had a four-year stint, and served as the Executive Director, Market Operations. With an experience of 25 years under his belt, Gothi started his career with Shalimar Paints, and has held key positions in large companies such as Marico, Lornamed and Bharti Airtel.

Ayurvedic toilet soap brand, Medimix turns 50 this year. This is a brand that has its origins in the vision of an Ayurveda practitioner who formulated the green bar of soap, based on his knowledge of Ayurveda, and be the perfect remedy for skincare. Taking us through this journey, Cholayil tells us how ‘Leveraging Centuries Old Legacy to Create An Emotional Connect’ help build brand Medimix and Cholayil Private Limited. Cholayil  started his career as the Head of Marketing & Finance Departments of the company and grew to become the Managing Director under the able guidance of his father the Late Dr V P Sidhan. He was instrumental in launching the flagship brand Medimix all over India and subsequently in international markets. The Medimix Ayurvedic 18-Herb Soap has now gone on to become the world’s most sold Ayurvedic soap. It was also through his zeal and efforts that the company could acquire two personal care brands ‘Cuticura’ and ‘Krishna Thulasi’ in the years 2001 and 2011 respectively.

Deccan Herald is the presenting partner of the conclave and is powered by Colors. The associate partner for the event is Zee Keralam and is Co-partnered by BTVI. The gifting partner for the conclave is Bio Ayurveda. The Advertising Club Bangalore, Advertising Club Madras, Pepper Creative Trust are the community partners of exchange4media Conclave South.

Post-festive AdEx on GECs will see a growth this year, predicts TV industry
1 day ago

Swati Mohan, Director, Marketing at Netflix, steps down
5 days ago