Why do we judge everything with numbers? Can you judge the quality of an educational institution by its number of graduates? Does a good doctor mean that there's a good care? And does high viewership of a TV channel mean good programming?

At the unveiling of the Pitch Madison Advertising Report, Avinash Pandey, CEO, ABP News Network, challenged the role of data in determining the quality of a product and narrated stories where adversities led to opportunities and data didn’t have much role to play. “So it all started almost about eight to nine years ago,” Pandey said.

Sharing an anecdote, Pandey said: “It was quarter to three in the afternoon and with tremors some six miles under the surface and the likes of which was never been felt before. The seismograph showed some crazy number. It was nine on the Richter scale. Less than half an hour later, the first waves crashed on to Japan’s shores. Initially it was 20 feet and then went up to 30 and 40 feet and eventually touched 60 feet.

“In a few hours over 200 square miles were gone. The devastation was everywhere. The entire area was covered with mud, water and debris. Over 20,000 people were dead in Japan. When something like this happens to any country what is the first thing that comes to our mind? It is generally about human tragedy and how are we going to rebuild the place? What will happen to our economy?” he continued.

“This is the kind of question that has also been on our mind in the last year and half after demonization and implementation of GST,” said Pandey.

“The Guardian newspaper said Japan's economy is heading to a free fall. A few months later, the World Bank tallied the total cost of the disaster to $250 billion, roughly the size of the GDP of Greece. The Sendai quake on March 11, 2011, was the costliest disaster ever recorded in history before,” he added.

Pandey also said that the most interesting part for those of us interested in business and politics and economy is that Larry Summers, the famous economist, appeared on TV and said this tragedy would help lift the economy of Japan. When the rest of the world was crying that Japan has been devastated, he said this was a very good sign for Japan's economy.

"Sure enough, there will be a couple of months of distress, but recovery efforts would boost demand consumption and employment,” he said. Larry was right. The next year Japan's economy grew by over 2%. For Japan's economy to grow at the rate of 2% is a big deal. The story about a tragedy leading to economic growth is a great story,” Pandey said.

“And when we look at the data of what's going on in demonetization and GST we did not figure out that why even after all that, the advertising industry has grown in the last two years.
We're looking at getting even finer things done because maybe in bad economic times, people are looking at some nice stuff to entertain. The success of Big Boss in the last season is a great example of creating out-of-the box content,” he added.

He further said, “The story of Japan is an outlier story-something that does not happen on a usual day. And as a journalist, that's what we chase. That's what we report. Running a news organization I can tell you is the hardest thing to do. It is one thing to look at data and another to understand what goes into the data. We think a good creative work can only come from having a good amount of money, isn't it? But doing a good creative requires courage. And courage is not all about taking risks. Everybody can take risks.”

“Courage is about doing things when you fully know and acknowledge the consequences and yet you go ahead and do it,” he said. “This is what we do at news channels. We know what the risks are.”
Pandey went on to speak about the newly launched Season 2 of their flagship show ‘Pradhanmantri’. He also spoke about shows like ‘Saas Bahu aur Saazish’ and how his channel went out to set a precedent in interviewing the governor of a state which was then followed by others.

“What is more important for us is to understand that the kind of creativity a particular producer puts into a show is far more important than what the data just represents,” he said.

“This unprecedented coverage of Indian polity has led to something called dropping of the spot. And I'm not saying this, it’s happening even in America. The advertiser and our pricing agencies never value what live TV has done to the business of advertising. It is a sheer loss to their advertising growth. Indian news channels by internal estimates have reduced over $3 billion of advertising expenditure this year alone.”

Pandey also spoke about videos which went viral on social media and on the websites. “Now these viral videos and millions of views are going absolutely un-monetized or not so much monetized by the structured way. Selling TV and digital together is a new mantra for the success. TV is a very hard business to do. And the problem of measurement today is that whatever we report are extrapolated numbers. The moment we start getting the real numbers from TV plus digital it will all together be different thing. So, what matters today is not the nature of the product, but the price of it in the market today.”

According to Pandey, advertising dollars are chasing mindless numbers. “Journalists are now compelled to chase stories they would have not attempted to otherwise. Good content requires good people. Cable operators and DPOs are making more money today than content creators. In fact, content creators do not have much incentive to do.”

Pandey signed off saying: “When you are too obsessed with productivity, you don't see a real value of what is being created. Productivity and efficiency, I believe are for robots because humans like to do experiments. In the advertising business we always compare ourselves with China, America and others. We may be closer to China faster than you think only if media buying and selling goes beyond numbers. We must know what we want and why we want it. Now it is up to us to consider what’s the right way to measure a good content — data or curiosity or both?”

MPEG-4 slot auction: Will high cost and lack of clarity keep broadcasters away?
23 hours ago 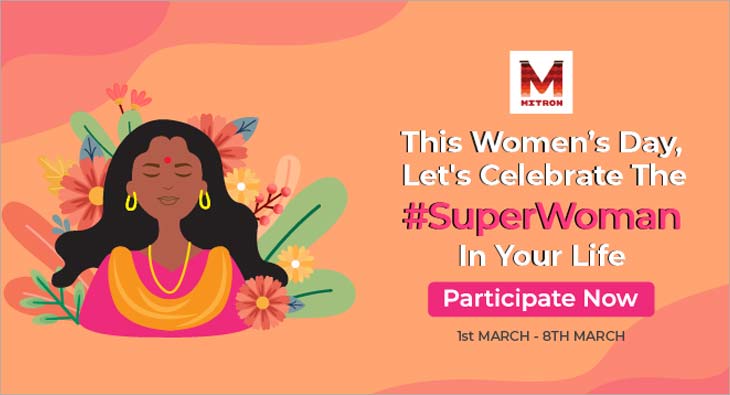 marketing Now is the time to bring in regulation for healthcare sector: Anand Roy
15 hours ago