In the past too, some celebrities have been caught endorsing a phone brand while using another. This often puts the brand in a tricky situation.

Time and again consumers have asked this question: Do celebrities actually use the brands they endorse? The answer is perhaps a no. In a classic case of endorsement faux pas, Robert Downey Jr, the brand ambassador for OnePlus, was caught using a Huawei smartphone. It all happened when the Marvel hero posted about OnePlus on his Weibo page from a Huawei P30 Pro device.

Albeit deleted later, the post created quite a stir on the internet for the little time is was up on the Chinese social media platform. Screen grabs of the post did the rounds of the internet, trolling the actor and the company that they felt “pays huge endorsement fees to the actor instead of upgrading the phone’s features.”

.@RobertDowneyJr, if you are going for pro photography, you are on the right track with the P30 Pro. #IronManxHuawei

Going for Huawei P30 Pro is actually a very smart one. Even @RobertDowneyJr joins Huawei as well. #IronManxHuawei

Following the backlash, thought the actor subsequently put up a smart post to cover up the slip, the damage was offcourse done by then. 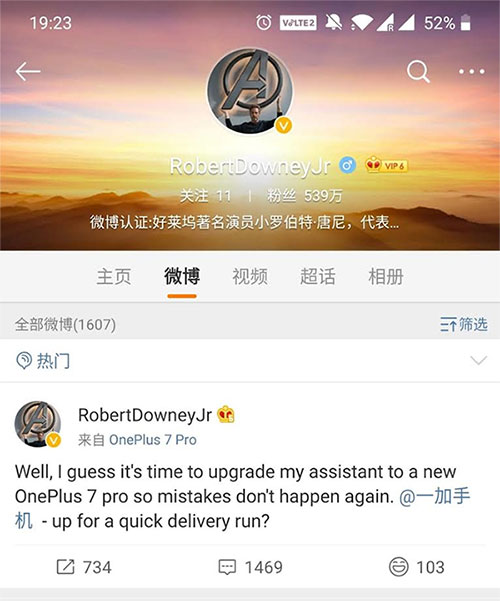 However, this is not the first such case when an endorsement post of a smartphone company was done using a phone of other brand. Last year, Samsung's Nigeria unit was found tweeting about Galaxy Note 9 using an iPhone. In a similar instance, Anushka Sharma was trolled for promoting Google Pixel 2 XL phone on Twitter using an iphone.

Whenever celebs make such a blunder, especially on social media, it goes viral in a matter of few minutes. And this ultimately does hurt the brand value.

Tinu Cherian Abraham, PR & Marketing Professional, feels incidents like these put both brands and celeb ambassadors in an awkward situation. “Celebs should consciously avoid using products of the competition of the brands that pay them for endorsements,” says Abraham.

But does incidents like these depict that endorsements are not ‘real', implying that no endorser seriously means what he/she says about the product.

Brand expert N Chandramouli, who is the CEO of TRA, says, the damage for a brand in such incidents can be quite serious as its authenticity gets questioned. “There must be strong financial measures on the endorser if such an error occurs,” he feels.

Daivata Patil, Assistant Professor, University of Mumbai, also agrees that situations like this put the company in a humiliating position. “The issue highlights not only loopholes in the brand contracts but also about individual ethics and value system,” she believes.

“Today, consumers hold the celebrity accountable for the performance of the brand they endorse as ambassadors or influencers. The blurring line between paid and earned media had brought the issue of credibility and trust in communication,” says Anup Sharma, an independent brand and communication consultant.

He adds that such problems are leading to a rise in influencer marketing. “This is leading to the growing importance of influencers who are being used to drive the engagement. But there will be a challenge to find 'real' influencers with authentic voices who will not only strengthen the flow of information but also imbibe the brand narratives like an ambassador.”

But, how smartly can brands handle these scenarios and prevent itself from the heat of trolling?

“The only way of probably minimising its troll impact is by unabashedly admitting it through a combined campaign with the endorser. Every crisis has an opportunity hidden in it, and if the brand thinks hard on using such an incident as an opportunity, it will find creative ways to do it,” suggests Chandramouli.

Patil adds that companies should charge big penalties or demand refund of the endorsement fee paid to the celebrities in such cases.  Not one but all companies have to come together and form an apex body to resolve such issues.

“When strict action is taken by a company, it gives a clear cut message to the celebrities. Because such deeds and mishaps also reflect on brand image and in turn may lead to financial losses,” stresses Patil.

Cherian, meanwhile, opines that not reacting is the best course of action of the brand which is affected.

However though the brand in question can choose to keep quiet, such incidents give competitor brands free and organic publicity.

There is lot of interplay between our print, digital readership: Pundi S Sriram, The Hindu
52 minutes ago

There is lot of interplay between our print, digital readership: Pundi S Sriram, The Hindu
52 minutes ago

Is Web 3.0 the future of the internet or just another passing fad?
53 minutes ago 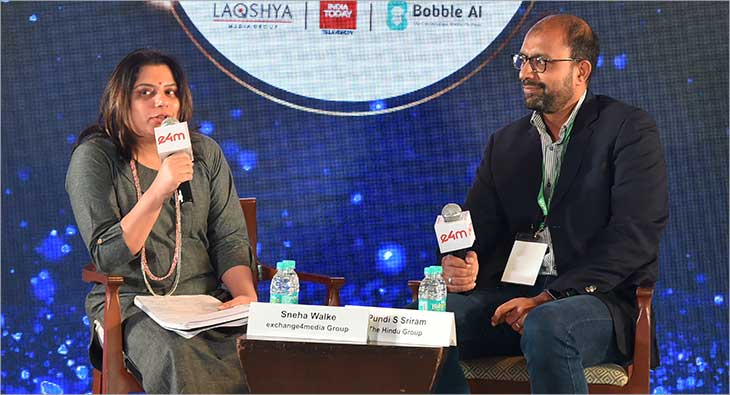 marketing There is lot of interplay between our print, digital readership: Pundi S Sriram, The Hindu
52 minutes ago

marketing Marketing must not look at being a support function: Chandru Kalro, TTK Prestige
14 hours ago