In tough economic situations, innovation looks like the only rescue for marketers. Jet Airways is also taking the same route in order to increase revenues. The company is investing in its marketing initiatives in order to partner with brands and create opportunities in the ‘sky’ literally for them to target consumers. From wrapping up the plane, sampling products, in-flight branded services to covering its lavatories with branded messages, the airline is taking all steps to add to the overall revenues.

One such initiative has been its partnership with Disney Channel recently. The airline collaborated with Disney Channel's “Jet Set Go” summer campaign as airline partners. At an event organized in Mumbai on July 9, Disney Channel and Jet Airways unveiled Boeing 737 – 800 aircraft with popular Disney characters Mickey and Friends. The creative airplane, a virtual “billboard in the sky” has been branded entirely in the “Disney Channel’s Jet Set Go” insignia and colours on its fuselage. The airline has also flown winners of the campaign to Hong Kong for a fun-filled trip to Disneyland, organized by Disney Channel as a part of the campaign. The branded aircraft will fly in Indian skies for a period of one month.

“These are opportunities for us to connect with our target audience too. As a part of the Jet Set Go campaign, we are flying young fliers along with their families to Hong Kong. It will help us have a dialogue with young consumers," commented Manish Dureja, Vice President-Marketing, Jet Airways.

Jet Airways has tied up with seven more brands in the coming year for plane wrapping. Earlier in January, Jet Airways partnered with Nokia too for Nokia Lumia’s ‘Amazing Everyday’ campaign. The branded aircraft flew in the sky with Nokia branding for three months. In both Nokia and Disney campaign only one aircraft was used as a part of the campaign.

“We have learnt lessons from telecom business. The prepaid model has been immensely successful because people want to pay for the services which they want to use and not what the brand has to offer. We are constantly taking initiatives that give brands and consumers added experiences. We also rebranded Jet Cafe to Sky Cafe introducing a large menu and options for consumers. Our sales through cafe have doubled since then" shared Dureja.

Jet Airways is now increasingly focusing on such initiatives. Ancillary revenues are additional revenues that the airlines are trying to increase in order to tackle growing uncertainties in the airline business. Jet airways is currently making $3-5 (3-5 Dollars) per passenger as ancillary revenue and plans to increase it to $9-10 per passenger in a year. On international fleet such revenues are approximately $20 per passenger. The permission to wrap the aircraft for brand messaging has been limited to domestic markets, but the airlines has applied to DGCA(Director General of Civil Aviation) to open the aircraft plying on the international routes as well. “Brands from markets like Hong Kong and Singapore have approached us for such initiatives. If there is a demand, we will put best foot forward to make them come alive,” iterated Dureja.

Jet Airways is also partnering credit card companies in a non-exclusive partnership in order to give consumers flying mileage as a part of its co-branded initiatives. The brand is also giving marketers an opportunity to sample their products and several innovations are being planned to help category specific clients. “It is not that these revenues are going to be big in numbers. But we are all passing through a tough phase. To show profitability we have to reduce cost and increase revenue. While everybody is focusing to increase revenues through increase in the ticket prices, we are saying can we think out of the box and create avenues for partnerships,” shared Dureja. There are 45 initiatives in total that Jet Airways has undertaken in order to increase revenues, including co-branded initiatives.

Communications in 2021: An amalgamation of Art and Science where data leads creativity
46 minutes ago 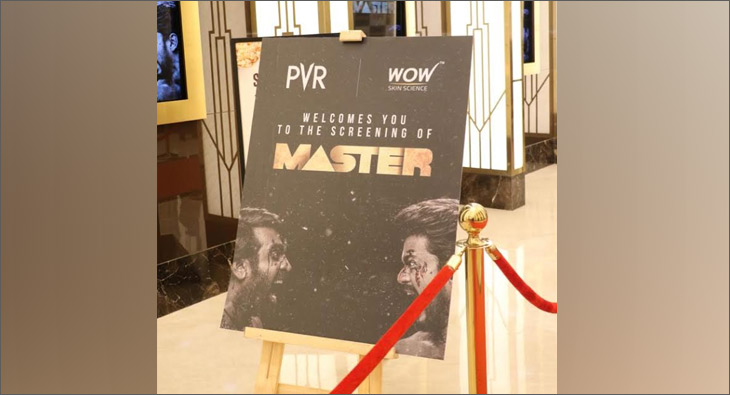