While some campaigns predictably targeted youth, others were a refreshing change by lauding unsung heroes and taking up environmental causes

As the world celebrated friendship on August 6, brands from across sectors took note of the occasion and rolled out campaigns that did everything from driving engagement to touching upon issues like environmental protection and recognizing unsung heroes. From digital campaigns to activations, brands leveraged the day to establish connect with their prospective consumers. We take a sneak peek at some engaging Friendship Day Campaigns released on the day.

Mondelez India, part of Mondelez International, partnered with Carat India to launch an innovative campaign to celebrate Friendship Day on August 6. Titled “#RealDosti”, the campaign promoted Mondelez’s flagship brand Cadbury Dairy Milk amongst the youth. As part of the campaign, Mondelez joined hands with MTV India to create “the Adda” for college students across Mumbai. To celebrate Friendship Day, the “Adda” was held at Sofia College. The celebration featured popular MTV Youth Icons interacting with the youth and ending with a performance by the ‘Raghu Dixit Project’, a contemporary Indian folk band based in Bengaluru.

In an attempt to get the digitally-addicted youth out into the real world to experience this ‘live’ campaign, Carat India activated maximum digital touch points where the youth spend most of their time. The campaign was launched on Facebook by creating a profile picture filter of Cadbury, a first-of-its kind for CPG brands in APAC and globally for Mondelez. Carat also partnered with Google to kick-start the latter’s global innovative concept Vogon in India. Through Vogon, a contextual video targeting programme, Cadbury Dairy Milk activated contextual messaging on popular genres consumed by youth on YouTube. Meanwhile, #RealDosti also targeted the youth through Wi-Fi inventories in McDonalds, Dominos and Café Coffee Day, among others. Carat also activated Zomato and Bookmyshow with precise messaging for the youth who are highly dependent on popular apps for culinary and cinematic exploration. Additionally, Cadbury Dairy Milk and Ogilvy also developed an array of snackable digital content, sourced through multiple popular social handles for increasing consumption and ‘sharability’.

PACE (PET Packaging Association for Clean Environment) kicked off a communication campaign to spread awareness about PET bottle recycling and tackling the menace of littering. A special youth-focused Friendship Day video – #PETBottleSays – released by PACE, addresses the issues of littering and the need for recycling. It is the first such campaign by PACE using social media and the audio-visual media to reach out to PET bottle users, encouraging them to take steps to keep the environment clean. #PETBottleSays is a light-hearted take on a serious issue. It features a PET bottle addressing viewers and reminding them about the values that make Friendship Day special—trust, caring and togetherness. With these values as the theme, the PET bottle thanks viewers for trusting the PET bottle and for taking care to recycle them. It also explains how products made of recycled PET bottles come back as different products, signifying the value of togetherness. The overarching message is that each one of us can make a small but important contribution towards a clean environment by ensuring responsible disposal of used PET bottles.

To extend a hand of friendship to the ones who stand by us, support us and protect during critical times, Sony YAY! undertook a unique initiative by having its most loved characters Guru Aur Bhole tie the symbolic band of friendship to the city’s unsung heroes: Traffic Police, Firemen, Dabbawalas and Security force. With the thought that friendship should not be restricted to the people who are in and around us, at schools or play areas, Sony YAY! celebrated these unsung heroes who are the backbone of the city’s everyday life. Guru Aur Bhole started their Friendship Day journey at the Malad Traffic Police Station, post which they proceeded to Byculla Fire Station extending a hand of friendship to the firemen. They culminated the journey back at Malad spreading the joy of friendship with the city’s dabbawalas, housekeeping staff and a locality’s security men.

Adda52 rolls out new campaign with Jatin Sarna
6 hours ago 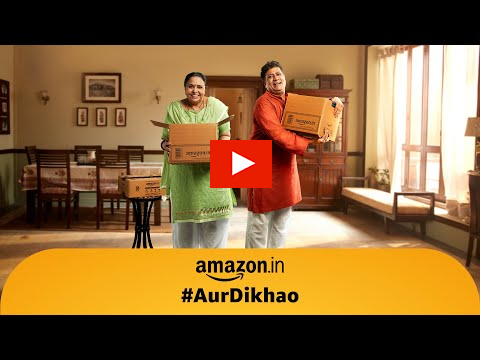