Tata Sky’s latest TVC, titled ‘Prison break’, could well be on its way into the Limca Book of Records for being the longest TV commercial to be telecast in the history of Indian advertising, with a run time of 210 seconds or 3 minutes and 30 seconds.

The film is a fast-paced commercial with Hollywood like production values. Tata Sky’s advertising agency, Ogilvy & Mather worked with Vivek Kakkad, Director, Curious Films to shoot the commercial. The TVC was shot with an international cast and crew in an actual prison in Hungary.

Commenting on the new commercial, Vikram Mehra, Chief Marketing Officer, Tata Sky said, “The campaign idea was based on the insight that people these days do not find any time to watch television. Tata Sky+ HD, with its recording feature allows busy people to record their favourite programmes and watch them at leisure. In other words, it’s ‘For those who don’t have time to watch TV’.”

The story revolves around a bunch of foreign convicts imprisoned in an Indian jail. These convicts conspire to escape when they realise that a cricket match is being played between India and Pakistan, assuming that the match would keep the Indian guards and the jailer occupied. But when the jailer and his men intercept their escape, the convicts are fumbled by what kind of Indian doesn’t watch such an epic match. That’s when the clincher kicks in – ‘a hard working Indian’, who with Tata Sky+ HD, can record it and watch it at his own time.

In addition to TV channels, the TVC will also be screened in cinemas.

We will not build alternate identifiers to track users after 3rd party cookies go: Google
7 hours ago

Gaming industry to come together for 'e4m Game ON - Online Gaming Summit' on March 18, 19
19 hours ago 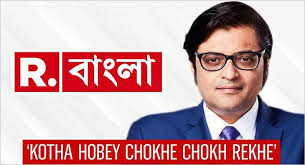