On December 10, 2015, the pantry of a train running from Varanasi to Delhi ran out of milk, causing great distress to a mother with an infant, who tweeted at 3 am to the Indian Railways, complaining about the issue. Acting immediately, an official from the Ministry of Railways asked the Divisional Railway Manager of Allahabad station to do something about the problem and at 11.47 am, when the train pulled in to Fatehpur station, the station master got milk to that infant.

Using this story of how digital was mobilized as a support system, S Ravi Kant, CEO - Watches & Accessories & EVP Corporate Communications, Titan Company introduced his session on ‘How Titan is seizing the opportunity for speaking to the new age digital consumer’.

Talking about Titan’s online prowess, Kant explained that while the brand has
been largely in the brick and mortar space, with close to 1500 speciality stores, the online space is rapidly growing for the brand. “At Titan Watches, we got into the online space 2.5 years ago. In the first year, the contribution of online business to overall sales was 2%, which doubled to 4% by the second year and is now at 8-9%, growing year on year, because that’s where the consumers are and over a period of time the lines between online and offline will blur, with omni-channels increasingly gaining popularity,” he said.

According to Kant, Titan spends 15-25% of its marketing budget on digital, especially with brands like Fastrack, as Titan has found this to be a great way to connect with consumers and add value to their lives.

Quoting a BCG report, he said that the average consumer spends 3-5 hours online per day, and that the new age digital consumer goes well beyond the stereotypes of the youth or urban phenomenon. “We are all new age consumers irrespective of age – be it the various archetypes ranging from first-time discoverers who may be from semi-urban or rural areas, late learners from the older generation, women from Tier II and III cities, social shoppers who are mainly women, active aspirers who are constantly clued in or entertainment enthusiasts comprising of gamers, etc,” he said.

Indeed, while it took two decades for India to reach 200 million Internet users, over the last five years, India has added yet another 200 million consumers and counting, with this online revolution attributed to the fact that in the last four years, mobile phone prices have dropped by 50%, aiding rapid penetration of smartphones. Moreover, according to Kant, in the seven months of the Jio revolution, 100 million internet consumers were added, and Internet speeds also rapidly grew by five times in the last 4-5 years.

For example, about 1.5 years ago, Sonata launched the first safety watch for women which came with a built-in app-enabled panic button which women could press if in distress to alert her family. According to Kant, 62% of consumers who watched the ad said that they really liked the brand, as it added value to their lives.

Again, For Durga Pujo in Kolkata, instead of just setting up a stall at the most popular pandals in the city like most brands, Sonata developed an app called Sonata Shorodiyo which had a shortlist of the top 250 pandals to visit out of the 2500-odd pandals in the city, along with pujo timings, guides on what to wear, what to eat, what to gift, etc. Moreover, the app also had selfie contests as a customer engagement proposition. The app saw 50,000 downloads during the five-day festival and Sonata even won an award for digital marketing for that, thereby meeting a key requirement leading to great brand recall.

On the role of influencers in reaching out to the right target audience, Kant gave the example of Titan’s watch brand Raga for women, which was perceived to be an ornate watch worn only for special occasions. To change this perception and make it a daily wear watch, Raga partnered with Masaba, a quirky fashion designer who is very active in the social media space with huge following to come out with a line promoting Raga for daily wear. The line was promoted using a digital-only campaign and Raga also roped in influencers with a large following in the social media space to show how Raga could be worn for various daily wear occasions. Apart from this, contests and consumer stories were also added for greater consumer connect. This initiative led to the product selling well beyond expectations. 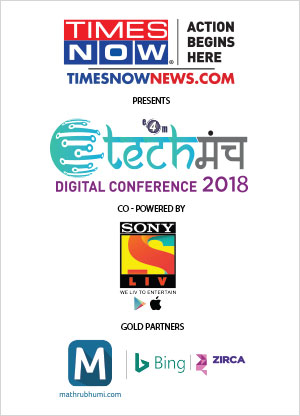 Speaking about the role of analytics and research and development, Kant said, “The realisation that young consumers today preferred wearing fitness bands, instead of watches, made Fastrack get into the fitness band space called Fastrack Reflex to connect with them. Through engaging ads which included asking consumers to contribute their ideas to the ad storyline, as well as contents and more, Fastrack Reflex became the leading fitness band in India for consecutive two quarters, according to International Data Corporation (IDC), with the product flying off the shelves and over 16 million video views.”

Thus, through these examples, Kant explained the importance of staying connected and sensing the pulse of the consumer in today’s world and more importantly adding value to consumers by staying involved and engaged with them through innovative digital tools. This is indeed key to a brand staying relevant and successful in today’s digital world.

'When it comes to news channels, much like the IPL, people watch it live'
53 minutes ago 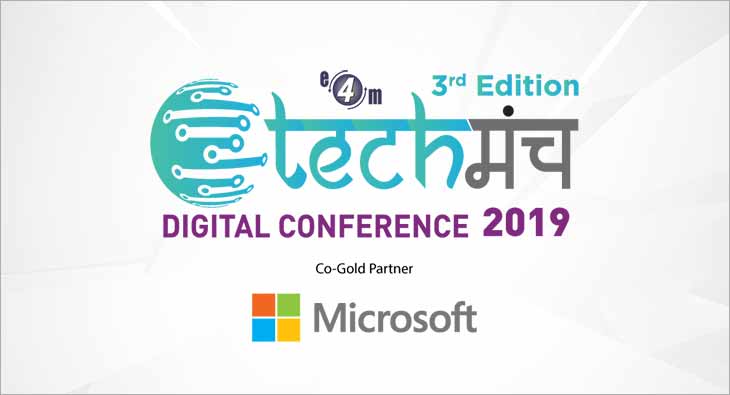 idma Techमंच: Watch Rahul Gautam of Ford India speak on the role of CMOs in a data-driven industry
29-June-2018