The popular YouTube star on the brand associations, his key ingredient to success and his fierce loyalty towards YouTube

Not many are aware that the first brand to cash in on YouTube personality Bhuvan Bam’s popularity was Chinese. It was UC News, a news app developed by Chinese mobile Internet company UCWeb, under the Alibaba Group.

Bam is considered as one of the fastest growing YouTube personalities with around 8.8 million subscribers, which explains why brands from Saregama to Bajaj Avenger are rushing to associate with him through native advertising. To top it all, Bam has been signed as the brand ambassador of a homegrown electronics brand, which will be unveiled in August.

Catch our conversation with Bam here:

It all started in 2015 when Bam made a mockery video on the coverage of Kashmir floods and posted it on his Facebook page. The video went viral and he was flooded with adulation overnight. Thus started the YouTube channel ‘BB Ki Vines’. The channel revolves around ‘common man problems’ and gained popularity within a year at zero production and marketing cost. Bam has shot around 100 videos with a front-facing camera, each garnering traction in million views.

Rohit Raj, Business Manager, BB Ki Vines, claims that Bam is the first digital creator in India to endorse consumer products. He informs, “He was the only creator to take part in the 'Break the Beard' challenge which only saw cricketers. He is the flag bearer for digital creators.”

That brings us to the question: What has worked for Bam? The simplicity and relatability in his content in Hindi laced with humour has helped the Delhi-based YouTuber to be ahead of others, namely The Viral Fever (four million subscribers), All India Bakchod (3.2 million subscribers) and East India Comedy (1.1 million subscribers). The 23-year-old says, “As long as you show them reality, they will love it. When you show them your regular house problems (checking up on water tank), they relate to it immediately. I always look forward to presenting everyday problems in a middle class family with a touch of humour.”

When Bam started BB Ki Vines, he observed that the content consumption was happening in English predominantly by the English-speaking audience. Bam feels there always has been a barrier between mass and artiste with respect to language in India. That’s where his street humour in Hindi comes in. Bam explains, “Other artistes would only talk in English back then. Whereas mine is street humour in Hindi with a heavy dosage of slangs which is how people in Delhi talk.”

The idea took off and BB Ki Vines won in the Most Popular category at the WebTV Asia Awards in 2016. In May, one of his videos hit the one billion mark in views and the creator is confident of achieving 10bn soon. He lent his voice to one of the main characters in the Hindi version of Ryan Reynold’s 'Deadpool 2’. Then in March, official BB Ki Vines merchandise was launched on youthiapa.com offering products like T-shirts, coffee mugs and phone cases themed on dialogues and character sketches. “Shirts and phone covers are fast moving,” says Bam. 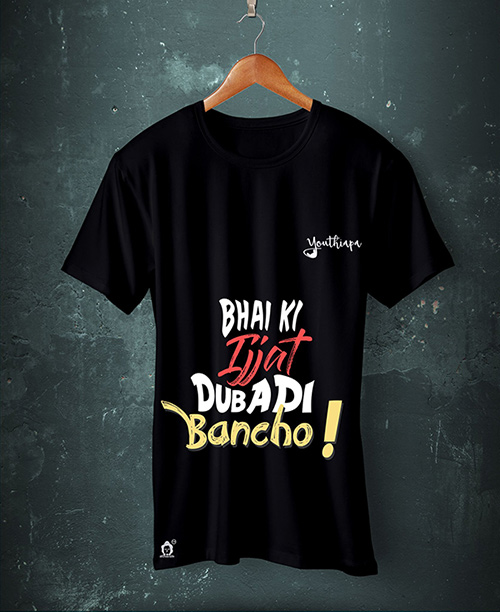 The same quotient piqued brands’ interest to collaborate with him. In the last two years, around seven brands have associated with the YouTube personality. UC News was followed by app aggregator Tapzo that featured him the same year.

What’s also interesting is the wide popularity of his characters on his channel (created and played by him) like Titu Mama from Indore, Adrak Baba from Indore and Chacha from Punjab, which is perceived to be bigger than the artiste himself.
Prashant Puri, CEO, Co-founder AdLift, says, “The characters were not done in India before. He introduced that concept. Moreover his uncensored content caters to younger male demographics in the age group of 22 to 25 years which is similar to a lot of big brands’ TG like Bajaj Avenger. He fits in with the younger audience.”

Raj shared that conversations are on with two brands with whom Bam has worked before. “We are also doing something with an app, which we can't talk about till later this month,” he reveals.

Such is the adulation of his character sketches that the young artiste often gets requests to feature them in web series. But Bam is firm on his loyalty towards YouTube and not taking the characters beyond the platform as they belong there. Bam says, “I ensure when I do something else I do it as Bhuvan Bam, the actor and not the character.”

When it comes to his business streams, Bam relies majorly on YouTube, live shows and brand associations. “YouTube and brands comprise 60 per cent while live shows take remaining 40 per cent.” The young YouTuber is also in talks with all major OTT platforms.

Talking about YouTube, Bam is confident that it is the future because it’s free. “Seedhi baat hai (it’s clear). YouTube is coming out with another property YouTube Premium. But they are first seeing how much the Indian audience can pay for it,” he concludes.

MRUC releases complete data for IRS 2019 Q3, including for Andhra Pradesh
9 hours ago

Does NTO 2.0 jeopardise the future of niche channels?
13 hours ago

Up to 5 years jail time for violation in proposed Cable Television Networks Bill 2020: MIB
4 days ago

Did Deepika’s JNU visit lead to Chhapaak’s falling flat at the box office?
5 days ago

LIVSPACE: DESIGNING A CATEGORY
8 hours ago

WE WERE ALMOST ALWAYS IN THE SHOES OF A BROADCASTER: HIREN GADA
9 hours ago