WION: How Dr Subhash Chandra’s grand vision for the Indian media has come of age

Launched in 2015, World is One News (WION) - India’s digital-first international news channel - has managed to build a top-of-mind recall in the crowded Indian news space

WION is Dr Subhash Chandra’s grand vision for the Indian media. He aspires to take India to a global stage and to eradicate the challenges faced by the nation at a domestic and international level. A global leader who takes immense pride in his roots and his country, he’s a firm believer in ‘Vasudhaiva Kutumbakam’ (One World – One Family),

Prime Minister Narendra Modi’s dramatic international initiatives are reflected in India’s growing global clout. His vision to make India a leading global power, rather than just a balancing power is reflected in the country’s media and manufacturing sectors. Also, India is on course to become the world’s third-largest economy after the US and China by 2030 on rapid population growth and healthy manufacturing sectors. As per the updated estimates of the International Monetary Fund (IMF), India has overtaken the UK to become the world’s fifth largest economy at market exchange rates.

There is no doubt that we are living in an era where the world is looking towards India as the strong driver of the global economy. Given this context, the Indian share of global voice definitely needs amplification.

Transforming the age-old pattern of western narratives on world issues, WION has been instrumental in becoming the voice of a new India bringing the Indian perspective to the global news stage. Many experts say that for decades, the global media has been pushing the agenda of a country or a group of countries. Primarily, western news outlets have occupied that space and have been pushing their viewpoint. They come as close as possible to an “unbiased” approach, but far removed from reality, and WION is the answer to that.

All big economies have their own global media presence. China has its own CGTN that covers news around the world. Similarly, France has France 24, Russia has Russia 24, Britain has BBC and the US has more than half-a-dozen channels that cover world events. India needed a voice of its own.

There is no doubt that many Indian viewers are smitten by the country’s first truly international news channel. Particularly appealing is the fact that for the first time, Indian viewers can enjoy in-depth coverage of stories from far-flung corners of the world through a perspective and prism of their choice.

WION is India's first global television network with footprints across the world. It has more than 35 bureaus across global cities at present. The organisation is expanding its footprint in 190 countries across Africa, Europe, Russia, the US, South America, APAC, and MENA region, and is currently accessed across 4 billion connected devices globally.

The channel also seeks to actively engage with viewers through exclusive interactions it brings to them with global thought leaders, stateswomen and men.

WION has also been leading a wave of global change through various carefully crafted platforms for staging opinions of world leaders through WION World Summit editions such as DUBAI 2019, 2020, 2021 editions, the US 2019 edition in collaboration with Columbia University, and China Decoded Virtual Edition 2020. It has also held various local summits such as E-Mobility Summit, Mission Smart Cities 2020 and Education Summit.

WION's Global Leadership Series includes world-exclusive interviews with some of the biggest names. WION already enjoys global stature and presents content that is appealing to both younger and more mature audiences.

With highly fact-based and well-researched programmes, WION has captured the attention of the masses in India and across the world – whether it is Gravitas, interview-based shows such as Global Leadership Series, The Interview, The Diplomacy Show, Straight Talk and Top Stories. Then there are concise news shows such as Top Stories, Dispatch, and Playlist and Speed news. In the Global Leadership Series, state heads like prime ministers, ex-prime ministers, presidents, and ex-presidents of the world get featured.

Prof. Robin Jeffrey, the renowned media scholar, in one of his articles published in The Hindu argues that the world is ready and ripe for an Indian media presence in this era of the digital revolution.

“Britain, the US, Canada and Australia all have significant voices that report the world – the Arab world has Al Jazeera and the French have AFP. EFE, the Spanish news agency, is the world’s fourth largest (after Associated Press, Reuters and AFP). Germany has Deutsche Welle as well as huge privately owned media organisations. China pours money into its global newsgathering and dissemination. Even Russia has a lively and imaginative English-language news service. Where is India? India, which has unrivalled international connections throughout Asia and Europe, in Africa and North America and even in South America? India, which has more speakers of English than England itself? India, which has a vast film industry and a leading place in information technology? Yet, India’s media presence in the world is tiny. Its public broadcaster barely speaks internationally and when its vibrant domestic media venture abroad it is only to connect with the NRIs. The world is waiting for a digital-age voice from India — a BBC, a New York Times or even a China Central Television. A voice with global interests, global sources, yet an Indian point of view.”

In less than a decade, given its legacy, credibility and talent, the channel has been synonymous with a worldview that is liberal, inclusive and democratic. With the current changes taking place at the channel, it seems it's well poised to script the next chapter of its success. 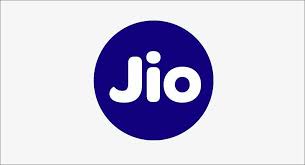